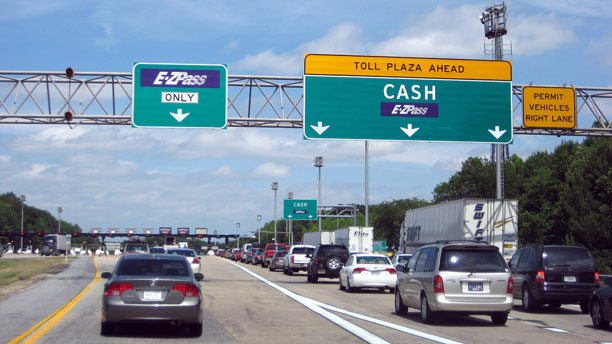 Get Ready for Tolls on I-66 – UPDATED

In a announcement made Wednesday, the Governor is declaring that a deal has been reached that will have toll booths on I-66 inside the beltway starting in 2017.  The plan is almost exactly what was proposed before the November elections except that they will move up the widening of east bound I-66.

Under the deal announced Wednesday, the cost of the widening, located in a stretch where traffic is heaviest, will be financed through the state budget, at a cost of up to about $140 million, state transportation officials said. It also will be done years earlier than envisioned.

The deal anticipates that the General Assembly would kill legislation that blocked tolling before widening. That includes House Bill 1, sponsored by Del. James M. LeMunyon (R), whose district includes parts of Fairfax and Loudoun counties.

Under an agreement with the state, the Northern Virginia Transportation Commission will pick a set of programs designed to help I-66 commuters leave their cars behind and allocate some of the toll revenue to those programs. The programs would be in effect before the widening is completed.

Del. Jim LeMunyon was apparently a central player in this deal.  From the Loudoun Times-Mirror:

“My colleagues and I made the case for widening I-66 inside the beltway,” LeMunyon said. “I’m glad there is now consensus on the need to do this as soon as possible. This is a step forward in our efforts to address the gridlock on I-66 within the limits of current budget resources.”

Senator Dick Black, who had previously signed a joint letter with other members of the Northern Virginia Delegation urging the Governor to prioritize widening I-66, said he was not involved in any deal that would trade widening for tolls, and remains adamantly opposed to any plan to put tolls on I-66.  He has twice voted against tolls on I-66 as a member of the NVTC and continues his opposition.

Folks, this is a perfect example of the pre-election opposition/post-election deal-making that has people completely fed up and furious with their government.  We fought these tolls before the election.  Our elected officials and candidates promised us they would fight these tolls before the elections.  Now that the elections are over, however, and power has been placed back in their hands, they are singing a different tune, and it just plain stinks to high heavens.

I urge everybody to call their Delegates and Senators and tell them that you expect them to keep the promises they made during the campaign just three short months ago.  Tell them that when we said “no tolls on 66,” we meant “NO TOLLS ON 66!!!”

UPDATE:  LeMunyon’s bill to stop the tolls, HB-1, was quietly tabled by a voice vote in the Transportation sub-committee of the House Appropriations committee on Wednesday.  This is how they play the game.  While the bill is technically not dead, the plan is to never let it out of the sub-committee.  Now all your favorite Delegates and Senators can swear they would have voted against tolls “if only they had gotten the chance.”

Not good enough.  Call your Delegates and Senators (Republican and Democrat) and tell them how you feel.  Tell them to bring HB-1 back off the table and let it have it’s day on the floor of the House.  Let’s have a recorded vote and see if there are enough votes to send it to the Senate.

Here is a link to the members of the Transportation Sub-Committee that tabled the bill.  Let them know you want the bill taken off the table and allowed a floor vote.

Here is a link to find your legislator.  Let them know that you want HB-1 to have a full recorded vote, or you can send an email to:

all_delegates@house.virginia.gov  to send a message to all members of the VA House of delegates.

Get Ready for Tolls on I-66 – UPDATED was last modified: February 11th, 2016 by Mick Staton
Dave LeMunyonI-66 tollsTerry McAuliffe
28 comments