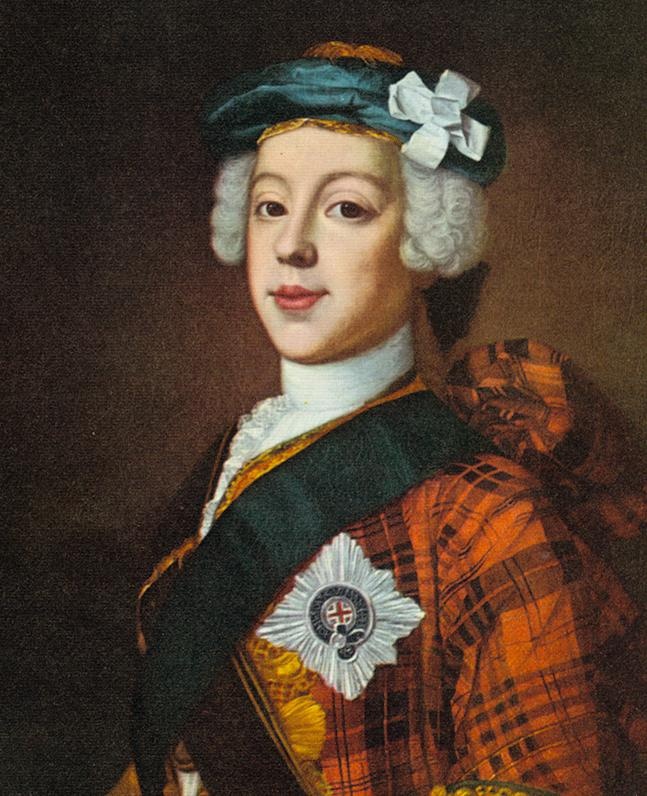 At his Global Warming gigs ex-VP Al Gore likes to introduce himself as “the former next president of the United States.” It’s always good for a chuckle, and it displays Mr. Gore’s self-deprecating wit. After his very close loss in the 2000 election Mr. Gore pushed for recounts in certain Florida counties, but after that attempt failed he abandoned the political field, took up his prophet’s staff, dressed in earth-tones, and started calling environmental sinners to repentance. Al has made a pretty nice living ($100 million) scaring people with his forecasts of imminent doom unless we quit driving cars and take up living in grass huts with dirt floors.  (Using dried buffalo pooh for fuel, optional, if no buffalo available.) I’m not aware that Al has tried to insert himself into presidential politics at any time since 2000.

The same can’t be said for Lady Hillary Rodham Clinton, our latest “former next president.” This past week featured another report in which Mrs. Clinton again questioned the “legitimacy” of Mr. Trump’s election. A full year after suffering a legendary upset she is still running round the country screaming, “It’s not fair! It’s not fair!” – like an eleven-year-old who didn’t get her way. Could somebody please get The Hook?!! Milady’s “not fair” act has gone on waaay too long. As they say in the trade, it’s past its “sell-by” date. Even people who voted for her are tired of her shtick and want to move ahead with life.

Democrats now resemble, ever so much, the English Stuarts who were still fighting (with actual guns) to put Bonnie Prince Charlie on the throne [1] sixty years after they were booted out and replaced by Hollanders William and Mary and later by the German Georges. Mrs. Clinton has set a new standard – albeit a low one – for post-election conduct by a losing candidate. For readers who might think losers have always done this, a brief review of what other “former next presidents” have done might be instructive.

Theodore Roosevelt was the last Republican “sore loser.” After taking office when William McKinley was assassinated in 1901, TR served nearly two full terms. He could have won a third term, but he followed George Washington’s two-term model and stepped aside in 1908 to let William Howard Taft run and win. Mr. Taft surpassed his predecessor’s trust-busting, but he otherwise disappointed TR enough that the former president ran on the Progressive or “Bull Moose” Party ticket in 1912. Predictably, TR and the Bull “Meese” succeeded only in diluting the Republican vote enough to let Woodrow Wilson slip in the back door with just 41.8% of the popular vote. Together, Roosevelt and Taft won 51% of the popular vote, but Wilson carried 40 states and 435 electoral votes. Roosevelt won 6 states and 88 electoral votes; Taft carried 2 states, with 8 electoral votes. It was not Teddy’s finest hour.

Harry Truman could have run for a third term in 1952, but chose not to – undoubtedly realizing that voters were tired of Democrats’ New Deal. The stalemated Korean War had dragged Mr. Truman’s popularity down, and he had survived an assassination-attempt at Blair House in 1950. So at age 68 he gladly handed the torch to Adlai Stevenson. Insiders said Mr. Truman was pretty grumpy about Ike – the general he had once commanded at the close of World War II – replacing him in the Oval Office, but he left the stage with good grace and returned to Missouri with Mrs. Truman. HST had no personal wealth and owned no property. In those days there was no presidential pension, so his only income was a small soldier’s pension from his service in World War I. Although he received many lucrative offers for corporate executive positions, he declined them all, saying the presidency was “not for sale – not by me, anyway.” I didn’t agree with Mr. Truman’s politics, but you’ve got to admit that the guy went out with some style. In 1958 the Congress passed the Former Presidents Act which granted Mr. Truman and all ex-presidents a livable pension. “Give-‘em-hell” Harry lived quietly in Kansas City until his death in 1972.

Adlai Stevenson ran unsuccessfully against Dwight Eisenhower in 1952 and ’56. The popular general had won the public’s undying admiration for defeating the Germans in North Africa and then in Western Europe to help win World War II. Ike swept the political field both times, re-energizing a Republican Party which had not held the presidency for 20 years. Mr. Stevenson took his losses in stride and later came back to serve capably as our Ambassador to the United Nations during the Kennedy Administration. He died in 1965. Dwight Eisenhower made no public political comments after leaving office. He died in 1969 at age 79.

Richard Nixon, Ike’s VP, lost a 1960 squeaker to John Kennedy in an election that featured corrupted voting in several states. Nixon’ inner circle, including President Eisenhower, advised him to request recounts in Illinois, West Virginia and Texas, but Nixon declined, saying it would hurt the country. He did not publicly question the election’s legitimacy. Two years later Mr. Nixon ran for governor of California. He was rudely treated by the California media, some of which had never forgiven his anti-Commie zealotry on the House Un-American Activities in the 1940s. After losing to incumbent Governor Pat Brown, Mr. Nixon made a memorable on-camera statement in which he bitterly snarled, “You won’t have Nixon to kick around anymore…” But six years later the persistent “former next president” came back from the political graveyard, where his enemies thought they had buried him, and won the presidency in a tumultuous campaign where Segregationist George Wallace won 46 electoral votes in 5 states.

Hubert Humphrey, LBJ’s VP, should have been Democrats’ natural choice in 1968, after LBJ declined to seek another term. But Senator Bobby Kennedy’s peace-campaign was rolling and looked like it might take the nomination. Then Mr. Humphrey suddenly became the Democrats’ main guy when Senator Bobby Kennedy’s campaign and life were ended by Sirhan-Sirhan in a hotel-basement, just after RFK’s win in the California primary. Many Dems believed Bobby’s anti-war campaign was on its way to a sure win in November over the much-hated Nixon, so Mr. Humphrey, was very much a second banana. His vow to continue the Vietnam War, plus Governor Wallace’s campaign to stop integration, were a one-two punch that the Happy Warrior could not overcome. Later, Mr. Humphrey was again elected senator for Minnesota, serving honorably until his death in 1978 at age 67. I never heard him say a word about his failed try for the presidency.

Gerald Ford was appointed vice president after VP Spiro Agnew resigned in 1973, so when Richard Nixon resigned the presidency in 1974, Mr. Ford became our only unelected president. He was in office when the Commies stormed into South Vietnam in 1975, but he could do nothing because Congress had cut off funding for any fighting in Southeast Asia. Mr. Ford’s “unpardonable sin” was granting Mr. Nixon a comprehensive pardon right after he took office. Democrats who had hoped to subject their reviled enemy to a public hanging never forgave Mr. Ford for robbing them of that pleasure. They did everything possible to subvert his presidency and defeat him in the 1976 campaign. Mr. Ford followed accepted post-presidential protocol by never uttering a word in response to the slanders visited on him by liberal-leaning reporters who were equally disappointed about the Nixon-pardon.

Jimmy Carter’s defeat by Ronald Reagan in 1980 was especially tough on the toothy Georgian because he had been constantly assured by his advisors and media echo-chamber that he would roll right over the upstart Reagan and win his second term. The former grade-B film-actor was, they confidently assured him, too dumb to tie his own shoes. Mr. Carter’s re-election was a sure thing. It was absolutely in the bag. Until, suddenly, it wasn’t. Mr. Reagan shocked the media and the political establishment, and electrified the nation and the entire world by winning 50.7% of the popular vote and taking 489 electoral votes of the 44 states he carried. Mr. Carter won 41% of the popular vote and 49 electoral votes of just 6 states. Analysts thought Independent John Anderson would draw off enough Republican votes to let Mr. Carter cruise to victory, but that didn’t happen. Mr. Anderson won 6.6% of the popular vote, but he couldn’t stop the Reagan Express that roared through the country on its way to making history. Bitter over his rejection by the voters, Mr. Carter has wasted far too much of his next 40 years carping at various Republican presidents. He has done some good with his Habitat for Humanity program, but his obvious disquiet over the 1980 defeat lingers like a bad odor. In a few months Mr. Carter will become our oldest-ever ex-president. I’m sorry that he modeled the path of bitterness now being followed by Mrs. Clinton. He was a better man than that.

George Bush 41 and 43 distinguished themselves by making no public comments about their Democrat successors, although George W’s recent criticisms of President Trump have somewhat tarnished his post-presidential reputation. We live in strange times.

Form isn’t always important in a presidency, but for ex-presidents and “former next presidents” it still is. Both have a duty to calm the country by accepting an election’s result and showing that they support the new president, even if he was their sworn enemy during the campaign. Both Mrs. Clinton and ex-President Obama bear considerable blame for the uproar the country has been in for the past year. Despite the pipe-dreams of some zealots, their “Bonnie Princess” will never take the throne. As the Marquis de Lafayette famously said at the close of the American Revolution: “The play, sir, is over.”

[1] The Jacobite rising of 1745-‘46 was the final attempt by Charles Edward Stuart (a.k.a. “Bonnie Prince Charlie”) to regain the British throne for the exiled House of Stuart. The final battle occurred in 1746 near Inverness, Scotland, when most of the British Army was engaged in the War of the Austrian Succession on the European continent. The Jacobean war marked the last time an English monarch (George II) actually commanded his troops in the field. 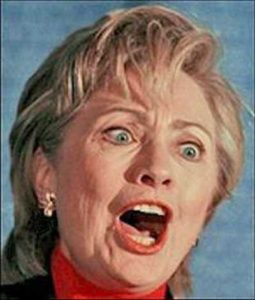 Get the Hook! was last modified: November 21st, 2017 by Woody Zimmerman

Great article. Thank you for taking the time and making the effort to give us so much historical perspective.

Great read. Hillary has probably wanted to be President since the 1950s, so it’ll be interesting to see if her inner-circle can stop her and convince her she has no chance in 2020.

Thanks for the kind words. After Michele makes her try in ’20, maybe HRC can be the first 80-year old to try for the presidency.