Getting Under the Numbers: Analysis of one Mississippi County's Voting in the Primary and Runoff 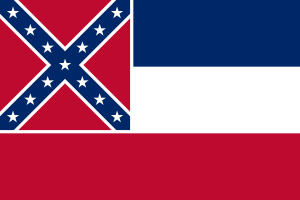 Every analysis of the Mississippi debacle has focused on county data, but no one as of yet has broken down the data to the precinct level, but that’s where the real analysis takes place.

One county where McDaniel really underperformed relative to the first primary was Forrest (Hattiesburg), where a 12-point McDaniel lead on primary night (actually a 10-point lead thanks to a math error in McDaniel’s favor) became a narrow 51-49 McDaniel win.

It’s in places like Forrest where this precinct analysis really tells a lot, because it’s here, far from the Delta and Hinds County, where McDaniel lost the election.

The official canvass shows that McDaniel won the county 5524-4316 over Cochran in the primary (although the correct McDaniel number is 5265). The runoff, however, was much closer with McDaniel up just 5574-5345.

There are three precincts where the President won more than 99% of the vote – margins of 100-1. Cochran won these precincts 28-1 in the primary and 204-8 in the runoff with an incredible turnout boost of 631%.

Now let’s look at the Republican side because you can’t control what the enemy does, but you can control what you do. Unfortunately the McDaniel campaign did little to juice up the troops in Forrest County. I noted before that turnout was up just 4% in the Romney precincts, but it gets even worse in the more Republican areas.

Three precincts gave Romney more than 90% of the vote and McDaniel easily won them 494-217 in the primary (68%-30%), but turnout in these precincts was actually DOWN by 2% in the runoff. McDaniel won these precincts by a bigger margin (517-194 or 73%-27%), but the inability to turn out a bigger vote in these precincts, and hundreds of others like them around the state, doomed his candidacy.

Thad Cochran energized and motivated left-wing, mostly African-American voters to come out to the polls. They did it through hard street work and not “vote fraud.” Unfortunately, the McDaniel campaign was too timid to make an issue of this in paid media, choosing instead to rely on positive mush with vague themes over letting Republican voters know what is at stake.

Getting Under the Numbers: Analysis of one Mississippi County's Voting in the Primary and Runoff was last modified: June 26th, 2014 by Guest Contributor Rick Shaftan

Thad Cochran still has to win the general election. It will be interesting to see if people will vote for him after the tactics that were used against McDaniels. Also McDaniels didnt have the political capital or machine in place that Cochran has. Considering it was a grassroots campaign I would say that he did pretty well.

The first mistake is that you have a “Politician” running for office. This is an example of “Give them what they want to hear to get the office” which is exactly how Obama got into office (twice). And then he proceeded to do “whatever he F***ing wanted to do” once in office. I doubt very seriously if the Republican candidate would hold to his campaign promises once in office. A republican campaigning on “Bigger Government and more fee stuff” is simply a lie.

We need to stop playing politics all together, and figure out how to hold elections to get real leaders into office. IF we can’t do that, we are doomed, and deserve to be.

Rick, this radio ad was run on election day in Hinds County, MS. … https://www.youtube.com/watch?v=HncvuTmsvtQ&feature=youtu.be
Is this an example of the “hard street work” you are talking about?

The lesson from this defeat may well be learned by the Whigs in November, if the grassroot conservatives decide to simply go fishing instead of going to vote. I don’t think we will be cowed back in line with great expectations of what might happen if the GOP retakes the Senate. Taking the base for granted, indeed!

Here is the bottom line. “Lessons from this defeat: never take your base for granted, kill your enemy and never take your foot off their neck til all the votes are counted.” If a conservative, constitutional conservative is not willing to accept this reality we’re going to continue to lose. Politics is power, and how that power will be used. The Elites, establishment, progressives all understand this. Challengers need to understand this too.

Thad Cochran won by energizing African American Democrat voters by lying about McDaniel and the TEA Party. Mark Levin played the robo calls from the Cochran campaign on his show last night, and they are despicable.
We need to end this tactic of Establishment “Republicans” defeating Conservative Republican opponents by using Democrats. Thad Cochran won by essentially promising to continue and expand Democrat policies and programs; hardly the Republican platform.
I believe that Cochran is going to lose the general election because of this. The base is fed up with these tactics, and I believe they are going to send a message come November.

McDaniel has filed an official election-challenge, as of 8/4.

Rather than deciding on whether to send an anti-Cochran message in November, there is still a chance to send a pro-McDaniel message.