The Republican Party of Virginia 2014 statewide convention in Roanoke is just 4 days away, and though Ed Gillespie remains the odds-on favorite to win the GOP nomination to unseat Mark Warner this fall, that outcome is still far from being etched in stone, contrary to the observations of the pundit class.  Larry Sabato clearly does not understand conventions if he can so blithely conclude that

“Republicans in Virginia are following the national trend — they’re choosing to go with an establishment Senate candidate rather than a more right-wing, populist, tea party-style nominee,” Sabato said about the lesson from the Richmond convention.

As we enter the final phase of the convention campaign, Gillespie and his chief rival, Shak Hill, are hustling to turn out their delegates because the truth of the matter is that with (a) continuing populist discontent; (b) the distance to Roanoke from the Commonwealth’s population centers, and the corresponding uncertainties about turnout; and (c) the anti-establishment predilections of the kind of delegates who wouldn’t miss a convention if it were held on the far side of the moon, this convention remains far from settled.  This is confirmed by the fact that both campaigns continue to work to persuade an uncharacteristically large chunk of delegates who still remain undecided at this late date. 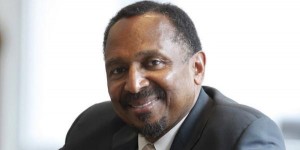 The article’s title is a figure of speech. Jackson remains very much alive.

As they do that, both men are faced with challenges born of E.W. Jackson’s “surprise” victory in his bid for the GOP Lieutenant Governor nomination in 2013.  For those who weren’t around last year, Jackson swept into Richmond with a great deal of momentum.  His campaign was volunteer-driven and underfunded, but had no shortage of fuel—largely derived from the power of Jackson’s personal story and small-crowd charisma. His final margin of victory is widely credited to the soaring and inspiring oratory of his convention speech.

Jackson’s victory over better-funded, better-vetted, and more professional rival campaigns sent shockwaves throughout Virginia’s political system, horrifying GOP traditionalists and exciting Democrats across the country, who were delighted at the gift they were given in the form of a number of incendiary statements in Jackson’s not-too-distant past.

What does this have to do with Ed Gillespie and Shak Hill?  The strain of populist discontent that made Jackson’s victory possible last year is what keeps Shak Hill very much still in the game now.  But at the same time, should he win, Gillespie might owe his margin of victory to snakebitten conservatives terrified of potentially repeating their mistake.  There is a reason so many delegates remain undecided.  Had there been no E.W. Jackson nomination in 2013, a lot more of those undecided delegates may have already broken Shak Hill’s way.

Just to be clear, I’m not saying Shak Hill is just like E.W. Jackson.  In most ways he is a much better candidate (as far as we know).  But, like Jackson last year, Hill is dogged by questions of electability.  This time, though, those concerns are exacerbated by the huge fundraising disparity between the two campaigns (Gillespie has solicited roughly 100 times the donations as Hill, topping the $3 million mark compared to Hill’s last reported total of around $30,000), and compounded further by lingering reluctance among some conservative convention-goers who were chastened by the “boat anchor” narrative around E.W. Jackson’s general election performance last year. To be clear, Jackson’s core supporters remain committed and unabashed, and have largely lined up behind Shak this year, but so far indications are that many who ultimately voted for Jackson remain reluctant to back someone perceived to be unable to win in the general.

So why haven’t the undecided delegates broken for Gillespie?  Quite simply, it is because Gillespie has not yet convinced a large portion of the delegates that he is one of them, and that he can be relied upon to carry the conservative banner.  Shak and others have been very effective in sowing doubts that Gillespie, as the quintessential insider, will carry water for moneyed interests rather than grassroots conservatives.  In this sense, Gillespie’s success in fundraising is perversely even regarded with suspicion; rather than being regarded as a strength, some view it as evidence of being too cozy with the consultant and lobbying class where he has long made his home.

But if Jackson’s success last year was a lesson for conservative delegates, it is equally instructive to the candidates.  Jackson won by tapping into a powerful emotional vein among delegates truly desperate to see our ship of state righted.  Jackson understood the group dynamic of a convention, and the very basic, tribal associational choices people make in such a setting: he successfully made the case for people to join his tribe.

Shak is clearly attempting to harness the same kind of energy that propelled Jackson.  For Gillespie, his first challenge to win is to turn his people out.  He has a comfortable lead in the number of delegates prefiled.  But it’s one thing to sign up a ton of rookie delegates, and an entirely different thing to get them to show up.  Just ask Jeannemarie Davis.  But if his folks show up and register Saturday morning, the rest of the day may be very boring.  However, if we’ve got, for example, fewer than 3,000 delegates in attendance, we believe this nomination remains very much up in the air.

In that case, Gillespie’s path to victory lies in appropriating some of the convention’s populist fervor to himself, and denying it to Hill, who is counting on it to swing the undecideds in his favor.

That hasn’t been Gillespie’s strategy so far.  Instead, Gillespie has allowed himself to be burdened by the frontrunner’s curse, feeling compelled to position himself for the general election while still in a nomination contest.  This dynamic makes a frontrunner resemble a Mirandized criminal suspect: he exercises his right to remain silent, because anything he says can and will be used against him in the general election. 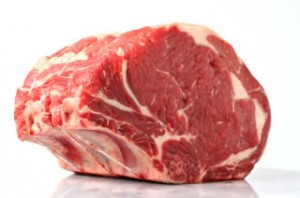 Red meat is on the menu Saturday

But if there is any doubt Saturday morning about whether Gillespie’s solid votes constitute a majority of delegates present, Ed is going to have to set that risk-averse approach aside and instead lay out giant slabs of conservative red meat, while making the case that he’s the only guy who can actually deliver.  Otherwise, we’ll be congratulating Shak Hill as our nominee on Saturday afternoon.
The Ghost of E.W. Jackson Haunts Gillespie, Hill was last modified: June 3rd, 2014 by Chad Ochocinco
#VASENEd GillespieEW JacksonRPV ConventionShak Hill
77 comments