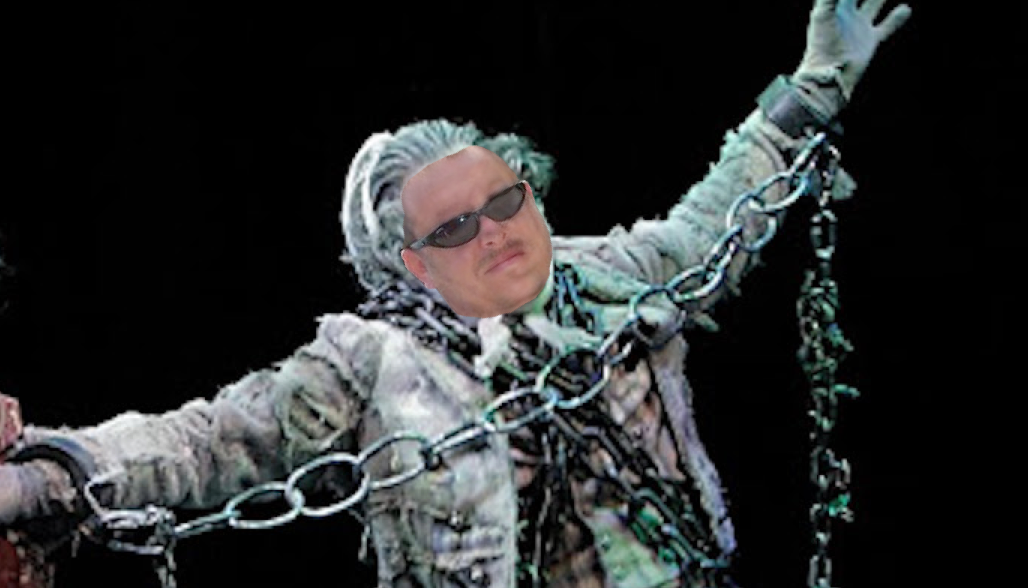 The Ghost of Jon Berkley

On March 26, approximately 20 Madison County residents gathered at the county administration building where there were several of the Congressional candidates present, along with other guests hoping to win the vote of those in attendance.

The room seemed welcoming enough. The table, covered in donuts from Garrett campaign and campaign literature, spoke volumes of the flurry of political activity. It seemed to be the setting of a typical meeting.

Then suddenly, the chains of the ghost of Jon Berkeley began to rattle.

Several citizens had expressed before the start of the meeting their interest in becoming members. They stated to me and others that they had been requesting copies of the bylaws with various responses such as, “We don’t have them,” or “They are for members only.” The citizens tried to explain their rationale—they wanted to know the bylaws before they joined.

Bill Harvill, Chairman of the Madison County Committee and candidate for the State Central Committee, begins the meeting with warm and welcoming greetings, wearing his “United We Stand” button. He quickly conducts the opening agenda items, turning the meeting over to the elected temporary chairman. The temporary chairman promptly begins to read the rules. The first rule is that the meeting would be conducted in accordance with the aforementioned mystery bylaws, the State Party Plan, and Robert’s Rules of Order.

In almost an instant, the room begins to darken and the rattle of chains could be heard again. Was it Jacob Marley? No, wrong story…I digress.

Citizen One raises his hand and is recognized by the temporary chairman. He requests a copy of the bylaws since they would be used to conduct the meeting. The vice chairman of the Madison committee, sitting on the first row, addresses Citizen One by telling him that the bylaws were for members only.

This observer recognizes immediately the ghosts of meetings past where information was hidden, and rules were broken. I quickly scan the room, thinking I would see Jon Berkley, but he was no where in sight.

As the meeting moves on, Citizen Two makes a point of order and calls for Robert’s Rules of Order to be used for the voting. The temporary chairman says something along the lines of, “We are using the Republican rules here.”

The point of order is not addressed, nor is the out of order conduct.

Later, the committee vice chairman is recognized to read the names of candidates for delegate to the district and state conventions. Citizen Two rises to speak after being recognized by the chair. She recounts how she had attempted to obtain filing forms twice at the location listed in the Official Call for the mass meeting. She describes how she was finally offered a district form, but no state form. “Unity” Harvill takes no action. Citizen Three then asks the secretary to please make a note of her dismay. The temporary chairman is dismissive, and Unity Harvill tells the secretary to make a note.

A cool breeze begins to blow as the windows shake, and the lights begin to blink. Suddenly, Unity Harvill takes over and reads the names of the new members of the Madison County Committee, though the Official Call mentions nothing about how to become a member or even that membership is being voted on at the mass meeting. No vote on the members is taken. The deed is done and all that can be heard is the dragging of chains departing from the room.

Transparency, ethical conduct, open meetings, and an open delegate filing process have been frightened away by a rattling poltergeist of the past.

In the 5th District, we thought this type of behavior was done with when Jon Berkley was removed as the District Chair for breaking the rules. Apparently, the grave keepers are still doing his bidding: keeping worthy citizens out of the process.

If Unity is our aim, let’s begin with unifying behind a common goal of following the rules and sharing information with the citizens, and let’s leave the ghosts in the graveyard.

[…] today’s elections, where she will continue to serve with distinction. Renee is followed by Bill Harvill, who is not a big hit with the […]

The results illegally obtained at this meeting are void and a new mass meeting needs to be called. These attendees were not treated fairly and should be able to be delegates. I was shocked at the “inclusive” air at this event. The rules used by other units were not followed here. So much for transparency.

Sounds like the Madison County Republican Committee (MCRC) is DYSFUNCTIONAL, in every sense of the word!

So many questions about this distressing state of affairs in a local unit party.

Why can’t/aren’t the Bylaws able to be downloaded from the MCRC website?? Where is the VERY ACTIVE Madison Republican Women’s League; why aren’t they involved with this IMPORTANT COUNTY PARTY process?

And finally what will the Republican 5th Congressional District Committee Chairman, Lynn Tucker, do about this abysmal non-transparent situation?