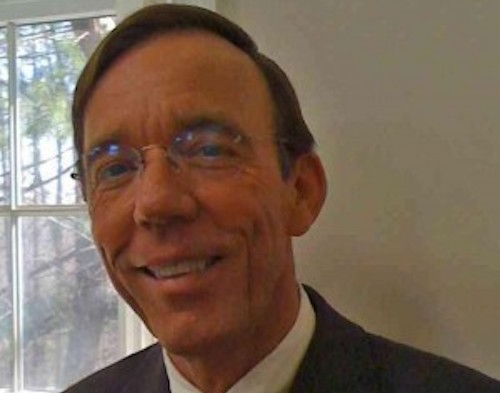 Want to kick back this weekend and lose yourself in an absorbing, well-written novel chock full of twisting plot suspense, real-life people grappling with real problems, and illuminating descriptions of mountain vistas? Want to escape the late summer heat and feel the bite of alpine snow? Want a break from problems on the job, the never-ending analysis of the seemingly eternal presidential campaign, or just the humdrum of Northern Virginia life?

Author Michael Giere’s novel One Mountain at a Time is the elixir for you.  Yes, this is the same Michael Giere whose insightful and incisive expository comments on politics and American culture routinely educate and delight readers of this newspaper.

As we all learned some time during middle or high school (precise memories of English class have receded faster than recollections of the baseball diamond), writing sorts into four distinct types—narrative, descriptive, persuasive, and expository. Each has its own purpose, characteristics, and challenges. Seldom does anyone master one of them.

Not so with Mr. Giere. His regular commentaries have earned him the moniker of “Professional Commentator.” Wouldn’t we all welcome such an appellation.

Not content with demonstrating mastery of the familiar, Mr. Giere has figuratively and literally ventured into new terrain, authoring a riveting narrative bursting with character development and graphic scenic depictions. And he achieves huge success in his initial foray into fiction.

One Mountain at a Time takes us into the small Colorado town of Grand Junction, deep in the Rocky Mountains, where, sadly, a family of four has broken up. The husband/father has yielded to ubiquitous temptations too readily available in today’s America:  alcohol, pornography, and out-of-wedlock sex. The family has split up, leaving Mom to raise two grade schoolers with the help of her own mother but mostly on her own.

After a year of grappling with the break-up of his family, losing his job, receiving a life-saving hand from a Christian social worker, and participating in Alcoholics Anonymous sessions, the Dad, Richard Murray, returns to the grandmother’s house to meet with his kids for the first time since the break-up and to take them on a camping trip in the mountains.

This is where the drama starts, with the author chronicling the thoughts, excitement, reservations, and emotions of Richard, the kids, and the grandmother as they now try to reestablish relationships under strained and very different circumstances.

Clearly, Mr. Giere knows kids, as they come alive at the end of his pen, with the 10-year old mustering as much courage as his limited number of years grant him and his 8-year old sister coyly considering all options and and shying away from possible further harm.

And clearly, Mr. Giere knows adults who have struggled to overcome character flaws and bad decision-making, as the thoughts entertained and expressed by Dad Richard reveal real-life understanding of how an adult veers off the track and then must contend with life-changing adversity.

It’s inner strength that all of the protagonists have to muster as they reunite and then embark on a routine mountain camping trip that evolves into a harrowing, life-threatening adventure that grips the reader with anxiety. A thriller plot.

But more than just recounting a human struggle within a demanding social and physical environment, Mr. Giere weaves throughout the narrative a theme that people who think of others before themselves fare better than those consumed with their own interest. One must give to receive.

Yes, it’s a Christian theme that Mr. Giere sometimes openly expresses through church officials and members and other times through the thinking of a man seeking recovery and redemption. Both ways, it’s not a preached theme but one that surfaces naturally, often subtly, among the rural community characters who participate in this drama.

Congratulations to Mr. Giere for demonstrating how Christian beliefs, thinking, and habits influence lives but how they can help people deal with crushing afflictions.

An excellent read with a surprise ending. You won’t put it down as the suspense mounts. Download it from Amazonand experience the joy of an uplifting novel.

Now more good news. One Mountain at a Time is the first book in a series entitled White River that Michael Giere is writing about the White River area of Colorado. Book Two will be available in 60 days, just in time for a good Christmas vacation read. With one mountain behind me, I eagerly await a December ascent.

Ordered book from amazon, will receive Monday. after reading will write a review on amazon.

You have done it again! LOL

“You should write it now”
There it was again, that voice. THE VOICE.