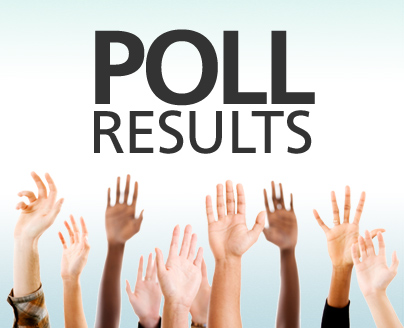 Monmouth University’s latest poll shows Gillespie and Northam tied at 44% in their race for Governor.  Libertarian Cliff Hyra is at 3% and 9% of voters remain undecided.  Gillespie has the support of 91% of Republican voters and Northam has 88% support among Democrats.  Gillespie is ahead with the Independents, 42% to 38%.

Trump is a factor in the race.  From Monmouth.edu:

Donald Trump may not be the top issue for most Virginia voters, but he is having an impact on the 2017 election. Specifically, 4-in-10 voters say that Pres. Trump is either a major factor (26%) or minor factor (14%) in deciding how they will vote for governor. Those saying Trump is a factor include 52% of Northam supporters, 32% of Gillespie supporters, and 32% of those who are undecided or are supporting the third party candidate.

“A small but crucial portion of Northam’s support is coming from voters who are primarily anti-Trump, said Patrick Murray, director of the independent Monmouth University Polling Institute. “Unless one of the candidates breaks out with a clear advantage on Virginia-centric issues, the president could wind up as a decisive factor in the outcome.”

Murray added, “National pundits like to paint Virginia gubernatorial races as referenda on whichever president was just elected and they are almost always wrong. 2017 may turn out to be the first time you can credibly draw a direct link between the Oval Office and the race for governor.”

Maybe Ed is actually winning. The Dems are still apparently drunk on stupid even after last November.

Looks like the Dems are going to hold Ralphie hostage for his pipeline support, and power company money.
A pipeline that would to the best of my knowledge help clean up the air.

But, not to worry, the D.C. Republicans are also drunk. Flat out commode hugging drunk on Trump-incompetence. It’s all a lie. Watch what happens if Trump moves on firing Sessions.

Just wait till they ram Trumpcare thru Congress, and the massive post Obamacare, Trumpcare increases start rolling in.

Sure, they will try to find a way to blame Obama for at least 10 years. But it won’t stick.

Gillespie is winning among independent voters. Gillespie has his base almost nailed down. Northam does not. Ed can win.

I agree. This poll is good news for Gillespie.

This Independent Trump voter will cast for Ralph because we must tax all of those illegal aliens working in Va’s longest serving Republican Senators (District 23rd Steve Newman).
What is Ed’s policy for EO24 and JLARC 427?
TAX THE LAZY REPUBLICAN ILLEGAL LABOR, REVOKE THE CONTRACTOR’S LICENSE WHO CONTRACTOR’S ILLEGALLY.

Then I know who to blame when my taxes increase.

What has Newman wriiten or done about the employment if illegal aliens as unlicensed contractors in his district? With Newman endorsements of Ed.what will Ed do to clean up this area of illegal commerce and illegal contracting?
Ed spoke at the LU Debate about cutting DPOR Regulations to create jobs.
Which Regulations?
What is his expected job growth?
As far as taxes go , it is hard to pay them if you don’t work .
How will Ed collect from the illegal sub contractor with the average of 4 illegal employees?
Foundation , Framing , Sheet rock , insulation, shingles, siding , brick and yes now the illegal electricians, plumbers,and HVAC, how many permits in your area ? Va?
Ed said he would create jobs, what?
The Goverment does not create jobs, enforce the laws!
Answer this one What is Ed’s policy? And be specific to these cases.

No I don’t think Ed desired to suspend Erosion Sediment Measures, why that would allow construction runoff into our inland waterways and eventually find it’s way into the Chesapeake. I think Ed was desiring to suspend the Prohibited Acts Section under Statute 54.1-1100 , that will not spur job grow but cause more underground Tractor Trailer imported exploitated labor.