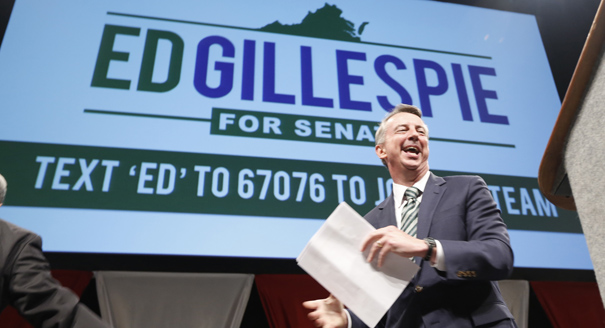 Gillespie publicly confirms he is running for Governor

CONFIRMATION: Former Virginia GOP nominee for U.S. Senate Ed Gillespie has publicly confirmed to The Washington Post that he will indeed be “laying a foundation” for a 2017 run for Virginia Governor. A former Republican Party of Virginia Chairman, Gillespie this year has been building up his grassroots network and goodwill around the state by headlining dozens of events for local candidates and candidates for General Assembly. He remains very popular among Republicans after his near-upset of the state’s most popular politician, Sen. Mark Warner, in his 2014 run for Senate, and should be considered the frontrunner at the moment. Other names being floated for the position include 1st District Congressman Rob Wittman, Prince William Board of Supervisors Chairman Corey Stewart, and former lieutenant governor candidate Pete Snyder.

Gillespie publicly confirms he is running for Governor was last modified: October 2nd, 2015 by Chad Ochocinco