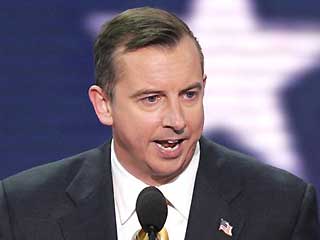 In a message headlined “Unity,” the Ed Gillespie campaign just released an email touting endorsements of a majority of the members of the Republican Party of Virginia’s State Central Committee. For those that may not know, the State Central Committee (“SCC”) is the governing body of the Virginia GOP. Its members are elected in a variety of ways to ensure representation of various constituencies, but the vast bulk of SCC members are subject to direct election by the grassroots activists at their various home-district Conventions. In other words, the SCC is the most representative body of the GOP activists who show up and vote at Conventions.

What’s impressive about this list is not just its length, but also its breadth and the geographic and political diversity represented here. These members hail from all corners of the state, and represent 10 of our 11 Congressional districts. The list also has people representing all of the various elements of our coalition: libertarians, social conservatives, pro-growth economic conservatives, standard issue traditional Republicans, and both convention supporters and pro-primary types.

This release comes on the heels of last week’s list of endorsements released by Gillespie’s opponent, Shak Hill. Hill’s list had some very impressive names on it—people who have a reputation for mobilizing tremendous grassroots activism, even more so than many current SCC members—but it also had the word “former” in front of a lot of their titles. The contrasting lists reveal different bases of strength, but also suggest some weakness on Shak Hill’s part in securing larger numbers of supporters.

Shak backers counter that their effort is paying dividends, and that they too are signing up tons of people to be delegates, people whose support they regard as more committed than the people backing Gillespie. This is important in a Convention context, especially where the Convention is so one far away from most people (Roanoke). They point to the example of large numbers of delegates signed up by Jeannemarie Davis in last year’s Lieutenant Governor’s race (many from Davis’ and Gillespie’s home base of Fairfax) who never showed up in Richmond. The conventional wisdom on this question is that REAL grassroots support cannot simply be harvested like primary votes, and that it must be gained as the product of hard work and retail engagement. We have no doubt that the average Shak Hill delegate is more committed than the average Ed Gillespie delegate, but we also don’t discount the very committed support that Gillespie has garnered. The real question is whether that intensity gap will be able to make up for what appears to be a large gap in sheer numbers.

The Ed Gillespie endorsements announced today are reproduced in full below: