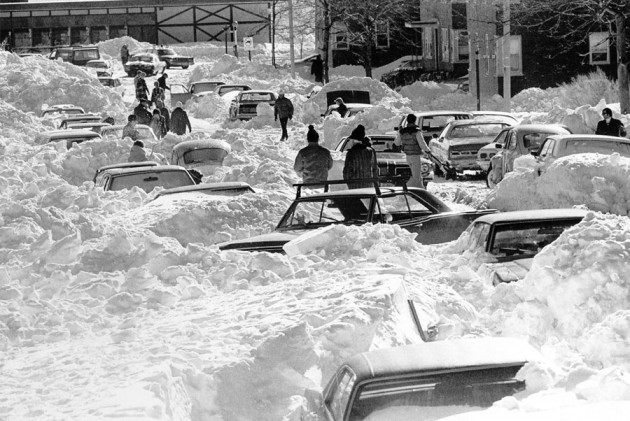 Sometimes it’s good to step back from an issue to get a little perspective. In the case of the global warming/climate-change “hysteria,” pausing and drawing a deep breath or two would seem particularly valuable. A little history wouldn’t hurt, either.

Both sides of the climate debate are basically talking past each other now. Political forces want to “save the Earth” with far-reaching “green” reforms that haven’t really been thought through, and could cause a lot of economic damage. Info-babes who wouldn’t know meteorology from a meter-maid are lecturing us on our climate-sins. Democrats are committed to the claim that climate-change is a real, urgent, possibly catastrophic problem that must be addressed without delay – never mind that developing countries like China and India are spending absolutely no time worrying about it.

Hillary Clinton, Barak Obama, Nancy Pelosi, Charles Schumer and Elizabeth Warren are doctrinaire liberals, so one would expect them to align solidly with moves to restrict use of energy, collect higher taxes, deconstruct the industrial economy, and make most Americans poorer. This is what liberals do. Mr. Trump isn’t buying the Earth burning up and the ice caps melting story. To Dems’ immense frustration, he has derailed the Climate Change Express that Mrs. Clinton would have been driving at full throttle, had she won in 2016.

Scientists generally admit that the warming trend starting around 1980 appears to be over. Earth’s climate has actually cooled since 1998. Some recent winters of record snows and low temperatures – including the coldest in 100 years – have erased all temperature gains of the last century. The northern polar ice-cap was recently reported to be more extensive than it has been for decades. The Antarctic ice-cap is also expanding.

During my desultory research into the climate issue, I found a television clip on Utube called “Global Cooling – The Coming Ice Age”1. The six-minute clip consisted entirely of text-panels which a narrator read while a musical sound-track played. A transcript was not available, but I created my own, which I reproduce here. I was pretty surprised at how familiar the language sounded. I think readers will be as well.

“Some say the world will end in fire. Some say in Ice.” (Robert Frost – from Fire and Ice)

Forty years ago headlines were filled with stories about global cooling and threats of an imminent ice age. Now the message has changed, but the tactics have not.

“There are ominous signs that the Earth’s weather patterns have begun to change dramatically, and that these changes may portend a drastic decline in food production – with serious political implications for just about every nation on Earth. The drop in food production could begin quite soon, perhaps only 10 years from now.

“The evidence in support of these predictions has now begun to accumulate so massively that meteorologists are hard pressed to keep up with it. Meteorologists are almost unanimous in the view that the trend will reduce agricultural productivity for the rest of the century. If the climatic change is as profound as some of the pessimists fear, the resulting famines could be catastrophic.

“Last April, in the most devastating outbreak of tornadoes ever recorded, 148 twisters killed more than 300 people and caused half a billion dollars’ worth of damage in 13 U. S. states.

“The longer planners delay, the more difficult they will find it to cope with climatic change once the results become grim reality.”

“In Africa, drought continues for the sixth consecutive year, adding terribly to the toll of famine victims. During 1972, record rains in parts of the U. S., Pakistan and Japan caused some of the worst flooding in centuries.

“[Meteorologists] find that the atmosphere has been growing steadily cooler for the last three decades. The trend shows no indication of reversing. …the weather aberrations [meteorologists] are studying may be the harbinger of another ice age.

“Man, too, may be somewhat responsible for the cooling trend. The University of Wisconsin’s Reid A. Bryson and other climatologists suggest that dust and other particles released into the atmosphere as a result of farming and fuel burning may be blocking more and more sunlight…”

“Scientists figure that only a 1% decrease in the amount of sunlight hitting the earth’s surface could tip the planet enough to send it sliding down the road to another ice age within only a few hundred years.”

“’Man is doing things,’ says [Dr. Cesare] Emiliani, ‘such as industrial pollution and deforestation that have effects on the environment.’

“At this point, the world’s climatologists are agreed on only two things:

“…that we do not have the comfortable distance of tens of thousands of years to prepare for the next ice age, and that how carefully we monitor our atmospheric pollution will have a direct bearing on the arrival and nature of this weather crisis.

“The sooner man confronts these facts, these scientists say, the safer he’ll be. Once the freeze starts, it will be too late.”

[Narrator: This is just a small sample of the popular press of the time. Many other sources exist, but the question now is did scientists really believe this, or was it confined to the popular press as some now claim?]

“The world’s inhabitants, including scientists, live primarily in the Northern Hemisphere. It is quite natural to be concerned about events that occur close to home and neglect faraway events.

“Hence, it is not surprising that so little attention has been given to the Southern Hemisphere. Evidence for global cooling has been based, in large part, on a severe cooling trend at high northern latitudes.”

[Narrator: this article, which appeared as opinion and climate were beginning to change, is interesting because it demonstrates clearly that the scientific “consensus” was concerned with global cooling. Concerns about an ice age persisted despite the fact that CO2 was already long thought to cause warming.]

[Narrator: This paper is particularly interesting because it not only predicts an ice age, but it declares that the CO2 forcing diminishes as CO2 increases. More interesting still, and ironic, is the fact that Stephen Schneider is now a vocal CO2 alarmist.

Other figures from the ‘70s are turning up in interesting places in the global warming debate, too. Nigel Calder, Reid Bryson and Lowell Ponte were ice age alarmists who are now global warming skeptics. Fred Singer, the ‘70s ice age skeptic who wrote, “Will the World Come to a Horrible End?” in Science magazine, back in the 1970s, is still skeptical.

James Hansen, a ‘70s global warming alarmist, changed his focus in the 1990s to de-emphasize CO2. This culminated in 2000 with his article: “Global Warming in the twenty-first century: an alternative scenario.” Since then, Hansen has become such an extreme global warming alarmist that he often makes Al Gore look moderate.

Perhaps the most astonishing of all the stories is that of George Kukla, a ‘70s ice age alarmist, who still believes an ice age is imminent.]

“George Kukla: So my advice: wait and see what happens! In no more than 50 years we’ll see who’s right. The only thing to worry about [with global warming] is the damage that can be done by worrying. Why are some scientists worried? Perhaps because they feel that to stop worrying may mean to stop being paid.”

Does all this not seem eerily familiar, but reversed? Notice the familiar themes of extreme weather, global catastrophe, an irreversible slide toward doom, people suffering and dying, the urgency to act without delay, and man’s likely responsibility for the whole, terrible mess. Also, the scientific consensus. The ignorant American public – indeed, the world public – is being played like a violin on climate-catastrophe. We are being whipsawed from one scenario of doom to another, on the basis of the weather. The doomsayers haven’t even bothered to change the text – only the title.

Are we learning anything? Color me doubtful. One imagines that reports showing the climate has stabilized would be closely followed by dark warnings about climate “stagnation” and the urgent need for the “environmental purgative” of climate-change. Whatever the situation, the prediction is the same: we’re doomed unless we hand over all our money to government, trade in our cars for rickshaws, start tilling the land with sharp sticks, and get used to freezing our butts off in grass huts with dirt floors and cooking over fires of dried buffalo-poop. Media summary: youse guys do this, while we keep score. Really, the shtick is getting a little old.

Could we get a grip here? The whole hokey climate-scare thing should not have worked once, let alone twice. This isn’t funny. It’s like juggling a grenade. A lot of people could get hurt. A political party that once prided itself on looking out for the little guy wants to give us $6.00 a gallon gas and won’t touch oil we know is in the ground because of the caribou.

The Chinese are drilling for oil between Florida and Cuba, while we’re busy replacing the safe, cheap incandescent light bulb with expensive fluorescent bulbs that cause a toxic mercury spill if you drop one. Climatologists want to get rid of all the cows because they pass gas. Come on people, we’re smarter than this.

“Nobody ever went broke underestimating the intelligence of the American people. People can easily be persuaded to accept the most inferior ideas or useless products.” (H. L. Mencken) 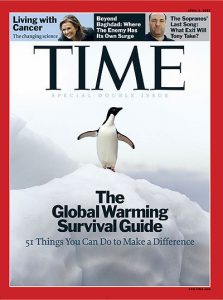