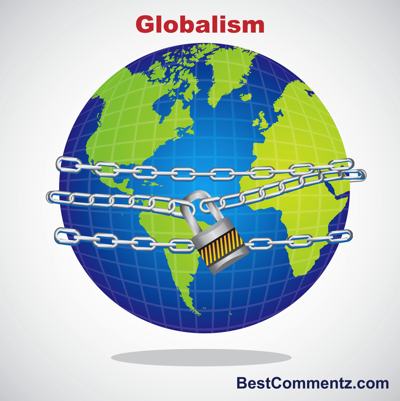 Parents tell their children when they are very young, “Whatever you do, don’t lie to me.” Why? Because trust is the foundation of love. Cheating is a catastrophic betrayal in adult love relationships. Why? Because successful relationships are built on trust.

So it is in politics and our neighborhoods. Whether in state/local elections, or the swamp in Washington. The existence or degree of trust defines human relationships in both the private and public sectors.

Our representative government is founded on the principles of trust. In 2016, like every other election, we voted for candidates who we believed were going to keep their promises. It’s safe to say that the American electorate justifiably had trust issues with the Clintons.

Over the years it has become painfully obvious that politicians make deceitful promises on the campaign trail to get themselves elected. As an example, Senator Joe Manchin of West Virginia famously declared in October that he would support the President on immigration and building the wall, then within months voted NO. Whatever it takes to get elected.

But in 2016, along came Donald J. Trump, the political rookie, an outsider who meant what he said when he promised to make America great again by putting America first. He wasn’t lying; he wasn’t posturing. What happened next is not a mystery.

With a few significant victories, President Trump has otherwise been bogged down in his “America First” efforts since he took office. The shame of it is Democrats AND his own party set the roadblocks. Why? What would cause both parties to block a President from keeping his promises to strengthen America, create jobs and boost the economy?

Some of the blame lies with the President’s political naivete. Coming into office, he allowed himself to be surrounded by Democrats and Never-Trump Republicans, none loyal to him or his “Great Again” cause.

The motive for the illogical, well-organized, well-funded domestic and international campaign to destroy defy President Trump is GLOBALISM – which is, by definition, one world government.

Globalism does not mean global trade. Global trade is the legitimate transactions between different nations. Globalism is an infrastructure under the auspices of the corrupt United Nations overriding the national laws of the various countries.

Globalism is the enemy of American sovereignty, independence, and liberty of the individual. Those who would subject America to such despotism, are desperately trying to destroy the “America First” warrior of President Trump and his America first initiatives. This is a war of American Exceptionalism vs. the world.

In case anyone has any doubts about the existence of the plan for a new world order, just take a look at the recent United Nations Plan for Global Migration. It makes it a crime to object, or even criticize the idea of unfettered immigration and effectively nullifies borders.

One world government is not a new idea – it is a plan that has been operational since right after WWII – it is just now gaining sustainable momentum. Its tentacles are fully in control of the American Democrat party and have significant influence in the Republican party.

Globalist politicians are the epitome of treasonous insiders that only seek to unravel 242 years of American exceptionalism and serve their own agenda on both sides of the aisle. Their loyalties are to the global order and not to their oaths as representatives of the United States of America. Globalist politicians are betraying America with plenty of institutional help.

Americas first “Make America Great Again” President Trump has been facing a staggering and well-orchestrated bipartisan globalist attack on Americanism and on his presidency. Schumer and Pelosi lead the charge on the Democrat side aided by complicit  Never-Trump Republicans and an all too an eager press.

The pillars of American Exceptionalism are aggressively undermined. These attacks are laser-like salvos designed to eliminate our national culture and Judeo-Christian traditions. President Trump must feel almost alone in defending the primacy of the United States Constitution and our secular national laws.

Globalists who control a vast majority of the news and media censor and curate information to propagandize and manipulate the public into accepting a weakened America cultivated by President Obama.

It is time for the American voting public to acknowledge this monstrous betrayal and completely reject globalism and its untrustworthy facilitators. The power of the people is a benefit of Americanism’s freedom, independence, and decentralized government. It is time for Americans to proudly embrace American Exceptionalism again.

Globalism’s war against America has reached a tipping point. President Trump has exposed the bipartisan treachery and deceit of career politicians in our government who have betrayed the American people and sacrificed the public interest for their self-interest.

So, who can you trust? Draining the swamp, creating jobs, enforcing immigration laws, and building the wall are not forgotten campaign promises. They are President Trump’s powerful promise to an America first strategy that can defeat Globalism and make America great again and keep it great!