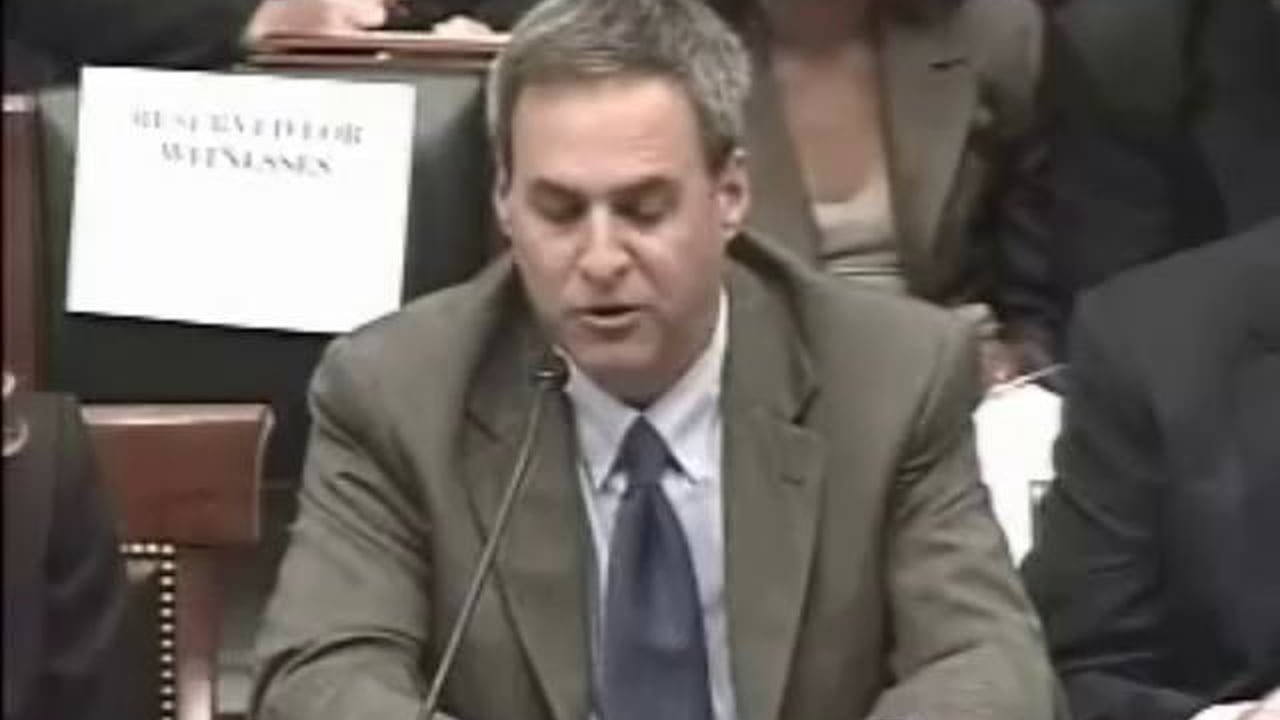 The security of children has never ranked like that. Politicians sell out child abuse victims all the time, usually without paying the slightest price. But this time, Senate Majority Leader Tommy Norment has gone too far.

Norment is the lone sponsor of Senate Bill 1560, a dangerous piece of legislation that would reduce the minimum prison time for child pornography producers from five paltry years to two.

According to Norment, the original idea for new legislation came from prosecutors. However, Normentâ€”a defense attorney who represents sexual predators when heâ€™s not making lawsâ€”mocked prosecutors by introducing legislation that is a gift to child pornographers, who he says have been treated too harshly.

The Majority Leader admitted his true intentions last week. Clearly practicing law outside his own specialty, he invoked God to defend his bill.

â€œThere are some victims out there and some families of victims who think that when a sexual offense is committed or you have a violent sexual predator they should be locked up for life,â€ Norment told WRIC news. â€œAnd then youâ€™ve got other people who believe more in grace and redemption.â€

Letâ€™s be very clear about the crimes and criminals Tommy Norment is talking about.

There might still be a few people living in caves who picture babies in bathtubs when they hear the term â€œchild pornography.â€ The truth is, the illegal video and images covered by Normentâ€™s bill are crime scene recordingsâ€”produced, distributed and collected by consumers with a bottomless appetite for seeing children sexually abused.

Law enforcement has testified for many yearsâ€”in Richmond and Washingtonâ€”that child abuse imagery is getting more sadistic, and the victims are getting younger. Many are infants and toddlers who are bound, gagged and tortured.

The online black market for these recordings has exploded globally. Demand can only be supplied one way: through the rape of more and more children. The producers Norment thinks are being treated too harshly are supplying Virginia children to this marketplace.

Exposed by WRIC and under fire from PROTECT, Tommy Norment now stands at a crossroads. Will he stick to his guns and fight for legal grace and redemption for â€œviolent sexual predatorsâ€? Or will he listen to a higher voice and work with prosecutors and crime victims to actually strengthen Virginia laws on child sexual exploitation?

If Norment chooses the right path, there are several steps he could push through immediately as Senate Majority Leader, all of them bipartisan and enormously popular.

First, the Majority Leader can bring Virginiaâ€™s laws on production of child abuse imagery up to the federal standard. While the mandatory minimum for production of child pornography is just 5 years currently in Virginia, itâ€™s 15 years under federal law. Most Virginians would believe thatâ€™s not too long for someone who steals the innocence of a child forever.

Second, Norment can support legislation introduced by Sen. Ryan McDougle (R-Mechanicsville) to restore recently weakened sentencing guidelines for child pornography. Normentâ€™s not the only one who thinks child predators have it too hard, the judiciaryâ€™s been going in the wrong direction too.

Third, he can support sentencing enhancements that prosecutors can use to charge especially aggravated offenses. Criminals who traffic in recordings of children being raped and tortured, images depicting very young victims, or offenders with especially large volumes of child exploitation material should get longer sentences.

Finally, Tommy Norment can use his power to increase funding for child victims and their families. He could start by making sure that child abuse interview centersâ€”where doctors, social workers, therapists and law enforcement all come together to support children at the saddest time in their livesâ€”never again want for funding.

No legislation is perfectly drafted. If the Majority Leader meant to write a stronger law, or if he was caught off guard by a reporter and misspoke, these are four great ways to prove it.

Otherwise, he is traveling down the wrong rail.

Grier Weeks is Executive Director of the National Association to Protect Children. He began his career in Washington in 1984, working on Capitol Hill promoting prison reform. During the '90s he was a marketing and communications professional, a small business owner and a political campaign manager, featured in the 1996 PBS documentary, "Vote for Me." In 2002, disgusted with partisan politics and the lack of attention given to the treatment of children, Weeks joined with Andrew Vachss and others to form PROTECT, the first national lobby dedicated exclusively to child protection.

And we’re now the lucky ones to have this piece of work in the 2nd district. As though we didn’t have enough problems.

Geez, Norment needs to get caught cheating on his wife.. Oh wait..

State Senator Tommy Norment is a REPUBLICAN too, eh?! What a dispicable TURD he is. And this is who the REST of the Senators like and respect enough to vote him to be Majority Leader?! We Republicans needs to scream about this issue extra loud because this sanctioning of sex-abuse of children bill is a DISGRACE on our party.

Oh, we’re going to watch this bill all right..

This is the dumbest legislation of the year. We should be going in the opposite direction. Locked up for life? No, let’s fry them.

Yes, anyone who violently sexually abuses a child should never see the light of day. They are known for having very high recidivism rates. Why would we risk letting them out?

Why would Norment propose such a bill?!

I will state up front this is hearsay. But I’ve heard the guy is a complete snake and was given the impression (long before this story) that he participates in immoral activities. Such bills only strengthen that impression.

What is the disposition of the bill? Did it clear the Courts of Justice?

This is so horrible. I implore everyone to call their represents in Richmond.

Jeanine this is Camille Cooper with PROTECT. We argued against the bill in Senate Courts yesterday. He is going to offer a substitute tomorrow. We have no way of knowing if his attempt to reduce mandatory minimums from 5 years to 2 on a first offense and 15 years to 2 on a second offense will be removed but please have people call members of that committee today with your concerns.