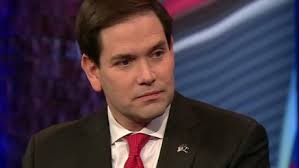 Senator Marco Rubio announced today that he will be leaving politics at the end of his term.  Earlier this week he made the hard decision to suspend his Presidential campaign.  The man had the gumption to run for President and at various times appeared to be strong enough to win the nomination.  Faced with the loss of his home state he appears to have known he would be suspending his campaign before Primary day in Florida.  Senator Rubio came in second here in Virginia thanks to a strong local team of high profile supporters, and did very well in Northern Virginia.

He could be criticized for not being the most conservative Senator, and for his involvement in the Gang of 8.  It still remains that he is a conservative in a body with some high profile players who put more stock in relationships with Democrats than in conservative ideals.  Keep in mind, in 2010 he took back the Florida Senate seat for Republicans by defeating not only a Democrat but a Republican so moderate he ran as an independent in the general election.  The people of Florida will be losing an important  leader, and conservatives should be thankful for his service.  On stage he was well spoken and telegenic and clearly identified with people that Trump and Cruz have struggled to reach.

I supported Rand Paul and now support Ted Cruz.  I will support the nominee.  I thank Sen. Rubio for his service and hope he will still help us get our nominee elected in November.