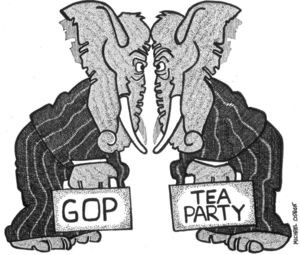 For her story Barbara interviewed Richard Viguerie, who has a new book out titled, Takeover: The 100-Year War For the Soul of the GOP. Mr. Viguerie is a close personal friend, one of my mentors, and was a key adviser during my senate campaign. If you don’t know the history of Richard Viguerie, you should really learn more. 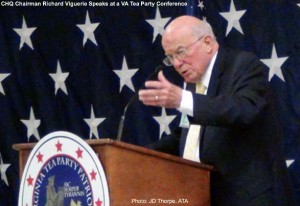 “This [GOP Civil War] is part of a literally 102-year-old civil war that’s been going on in the Republican Party since 1912, when Teddy Roosevelt leaves the Republican Party, splits the party, starts the Bull Moose Party, which leads directly to Woodrow Wilson’s election with less than 42 percent of the vote,” Conservative HQ chairman Richard Viguerie told CNSNews.com.

“The Tea Party is finally waking up much of America,” Viguerie pointed out, predicting that the Republican Party will have a Tea Party presidential nominee in 2016.they want it to do what they did, which is to change once they got to Washington.

But that won’t happen without a fight. Last month, Senate Minority Leader Mitch McConnell (R-Ky.) told The New York Times that the GOP was going to “crush” Tea Party challengers.

Barbara also interviewed Craig Shirley, who is a good friend of mine, a great conservative, and a best-selling author. I have a tremendous amount of respect for Craig and his accomplishments, most notably his two acclaimed Ronald Reagan biographies.  He was quoted in this story as saying, 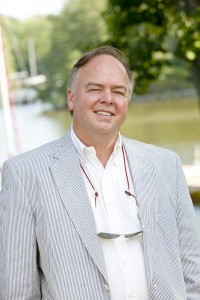 retain power,” he continued. “I think they still believe in Karl Rove’s statement that conservatives have no choice. But they always have a choice.

“In 2012, four million conservatives stayed home. And in 2006, the last time Republicans controlled the House and Senate, 1 out of 5 self-identified conservatives didn’t vote to punish the Republican Party…”

…“Ronald Reagan stressed freedom for the individual. When George W. Bush was elected, he introduced the concept of security. But freedom and security are, most of the time, in conflict with each other. The more big government, aggressive courts and large police state presence you have, the less freedom you have.” [emphasis mine]

The Republican rift will initially benefit Democrats, who are more unified around their own governing philosophy of justice, Shirley predicted, because although “the Tea Party is winning the intellectual argument, it still doesn’t control the levels of power. And recognizing that its power is waning, the establishment’s corrupt political consulting class still continues to rig the system in its favor.”

But establishment Republicans’ attempts to crush the Tea Party are self-defeating, he said.

You must read the entire article. So many people, including many of my friends, cringe when they see me and others aggressively calling out the ‘closet progressives’ in the Republican Party who have bought into big government cronyism. I hope this article will put many things in perspective and, perhaps, encourage others to join the fight to save the Republican Party.

Just remember that tea party supporters are not the only ones calling for accountability and removal of these twaddling Republicans :). Long-time movement conservative leaders, like Richard Viguerie and Craig Shirley, are strongly behind the efforts to restore the Republican Party back to its Reagan roots by purging the progressive elements out of our Party.

How does that song go? “You are not alone…”

it is no wonder Barbara (his mom) doesn’t want him to run…. she knows the real Jeb

Amen! Bravo and THANK YOU!

Those fools! This isn’t even our final form!

Jeb to law abiding Americans: “Yes they broke the law, but it’s not a felony… it’s an act of love”

So, if fifteen million US citizens wanted to move to France tomorrow, entered the country illegally, insisted that the French people grant them benefits, access to jobs and a pathway to French citizenship, would that too be an act of love? After all, who doesn’t like croissants and brie?

When’s the last time Jeb Bush characterized anything American citizens ever did as an act of love? Answer- never.