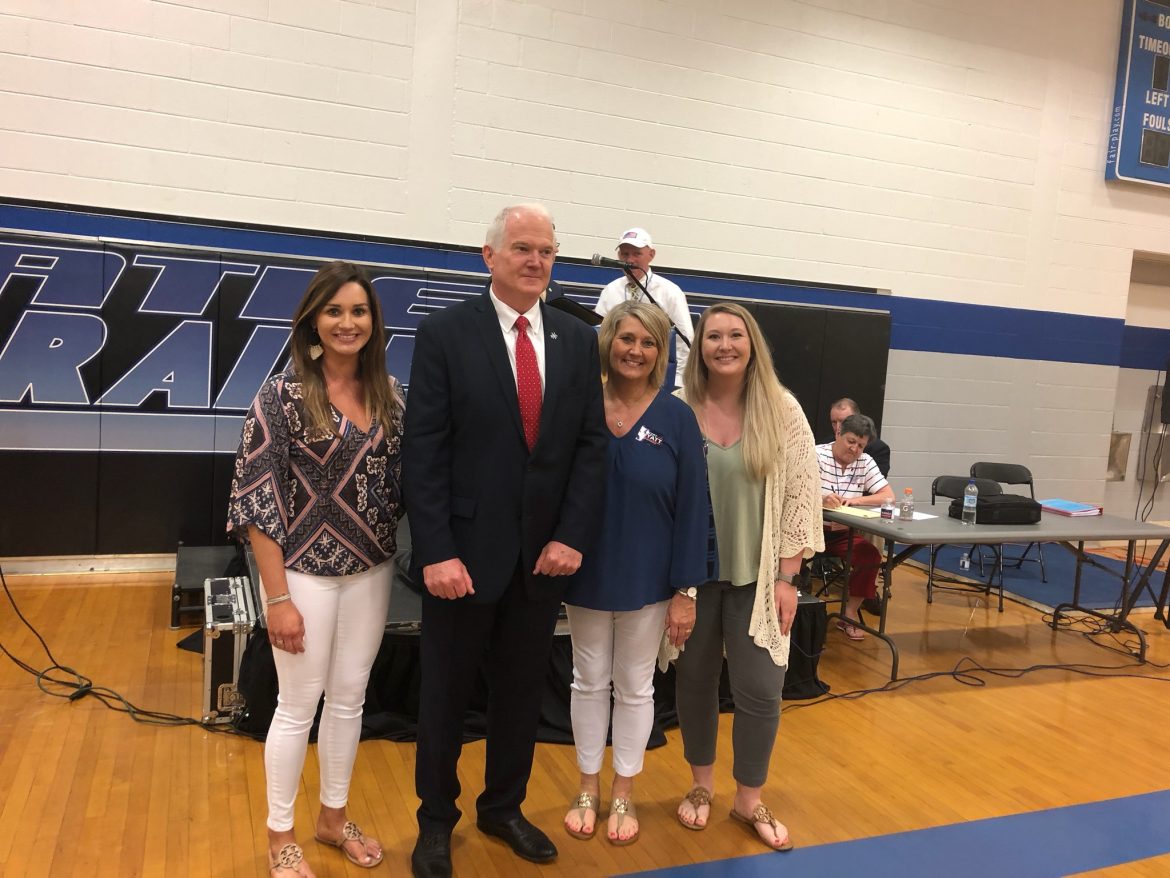 Today Bearing Drift “columnist” Matt Colt Hall wrote an Op-Ed piece talking about how proud he is that RPV Chair Jack Wilson stood up for the GOP Establishment against its own voters and volunteer base.  More interestingly, Mr. Hall seems to think that each time a more moderate candidate wins a nomination fight against a movement conservative, that we are the ones who start to hold our breath and cry and pout like we are infants.

The major league SNAFU between the 97th Legislative District and RPV and the 2 candidates running for the GOP nomination has been well documented on The Bull Elephant site for over a week now.  But to give you a brief synopsis, Scott Wyatt challenged Delegate Chris Peace of the 97th Legislative District.  The 97th LDC (Legislative District Committee) voted to have a convention as the nomination process.  The Peace supporters saw that they stood a good chance to lose, and through some legislative trickery, they tried to cancel the convention and have a firehouse primary in its place.  RPV Chair Jack Wilson stated that the LDC had the right to cancel the convention. This started a major fight in the party, further exposing the natural schism between the moderate wing and the grassroots conservatives.  Senate Majority Leader Tommy Norment came out in support of the grassroots over the monied interests supporting Chris Peace. And Senator Norment is no Tea Party crazy. Senator Norment is a reasoned and wily Richmond insider. So if Tommy Norment supports the grassroots, that should tell everyone something.

Now, Mr. Colt Hall is proud that our Chair, Jack Wilson, sided with the lobbying firm of McGuireWoods over our own voters.  But that is not shocking, as Mr. Colt Hall is always insulting people. This is the same rocket scientist who insulted everyone who goes to an evangelical church (a large voting bloc of the 6th Congressional District).

Siding with the big money over the voters does not show “TESTICULAR FORTITUDE” as Mr. Colt Hall so ineloquently stated.  Siding with big money and an incompetent incumbent over the voters and the LDC shows a certain lack of spine. Do I think that Mr. Wilson should resign?  Honestly I think he made a grave error in judgment, but how big an error this is will not be fully known until November 2019. Chairman Wilson may have to pay with his job.  Maybe not. But to actually think that stiffing your own voters for an incompetent incumbent such as Chris Peace does not take guts. It takes abject stupidity and arrogance that boggles my mind.

Last weekend, I was working with Rockingham County GOP Chair Dan Cullers in the 25th Legislative District House of Delegates race.   Myself and 5 others were doing the vote counting for Rockingham.   In this race, Tea Party favorite Richard Fox was easily defeated by Rockingham County business owner Chris Runion.  Runion is no moderate, but he’s not as conservative as Mr. Fox. I was with the Fox supporters during the vote count, and the Fox people congratulated the Runion people.  The Fox people also said these words: “I don’t like the result, but the process was fair”. They congratulated the Runion people, and all was good. This is typical of the grassroots movement conservatives – we work our tails off, but at the end of the day, we accept a loss in a fair fight.

However the fiasco in the 97th Legislative District was no fair process.  And the Peace supporters, once seeing they were going to lose a fair fight, boycotted the convention.  Sounds to me like it’s the moderates who can’t handle losing a fair fight.

So as we can clearly see, what the supposed ruling class such as Mr. Colt Hall thinks is not correct.  We movement conservatives don’t have a hissy fit when we lose a fair fight. However Mr. Colt Hall seems to think that the LDC can change the rules mid stream (just a few days before the convention) and if Mr. Wilson whiffs, then that means that Wilson has “TESTICULAR FORTITUDE”.   Who are the really big babies? The real big babies are those who can’t handle that Scott Wyatt won a fair fight, and now just want to change the rules after the fact, and are acting out. I hope that State Central does the right thing at their next meeting and agrees that the nomination process is over, and that the result will show that Scott Wyatt is the GOP nominee in the 97th Legislative District.  And to Mr. Colt Hall and his liberal friends –  a word of caution. Consistently insulting your own voters and the volunteer base is not a good way to build a party.  And a word of caution to Chairman Wilson. Donald Trump ran as a protest candidate against an out of touch GOP Establishment which did not care about the people of the USA.  It is important for our party that you, Chairman Wilson, succeed at your job. The mistake was made. Accept it, let’s move on, get the grassroots conservatives engaged, and we will expand our majority come November.

Hanover Committee brings the Heat against Chairwoman Dale Taylor – The Bull Elephant May 10, 2019 at 11:56 pm

[…] Committee seeking the removal of their Chairwoman Dale Taylor, you can read about them here, here, and […]