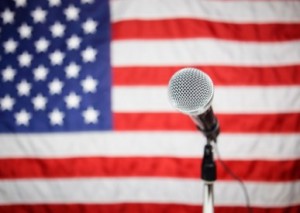 Yesterday, a strong majority of the members of the Republican Party of Virginia’s State Central Committee–including Chairman Pat Mullins–sent a letter to GOP lawmakers urging them to reject SB 507 and HB 194. They are joined by a growing chorus of Republican leaders from around the state from BOTH sides of the convention vs. primary debate.

Folks, this is a power play in the seemingly perennial convention vs. primary debate, with the established political class trying to diminish the impact of the grass roots. But, as my pro-primary friend Brian Schoeneman puts it, this is a bridge too far. As Republicans we should all agree that the state has no business meddling in the affairs of private political parties and in making decisions for the parties that have been made by the parties themselves in Virginia since at least as far back as 1808.

Contact your legislators NOW to let them know you oppose this unjustified and unconstitutional intrusion on the GOP’s First Amendment rights of free speech and free association!

The letter from State Central leaders is embedded below. The accompanying press release can be found here.