Yesterday, The Bull Elephant reported how John Foust, Democrat candidate for the 10th District Congressional seat, made a sexist remark about his opponent Barbara Comstock, saying that she had never had a “real job.” Foust made his remarks despite Comstock’s well-known career of “real jobs,” including not only highly challenging jobs in which she excelled professionally, but also what she regards as her most important “real job” of being mother to her children. 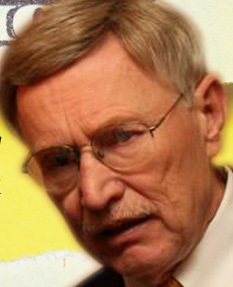 Democrats have shrugged off the outrage generated by Foust’s remarks, but common sense tells us that if roles were reversed, or if Foust had said something similar about a Democrat woman, the scales would be lifted from their eyes.[read_more] The fact is that this kind of remark is intended to demean and belittle—to say that this particular woman’s considerable personal and professional accomplishments just don’t count alongside those of men. Sort of like, “Run along, little girl, you’ve never even had a real job.” With such an attitude, how can this 63-year-old man claim to wear the mantel of the “Women’s Candidate”?

This is essentially the question posed by a press release from 10th District GOP Chairman John Whitbeck issued this morning, in an email entitled “Really?! Never had a real job?” The release highlights a statement by Whitbeck’s female Vice Chairman, Julie Williams:

“As a business owner and a mom, I find John Foustâ€™s comments about Barbara Comstock inexcusable. They demean the inherent dignity of mothers and working women throughout the 10th District. For him to say ‘I donâ€™t think sheâ€™s even had a real job’ is either terribly mean-spirited and misogynistic, or a recklessly crafted political ploy. I know firsthand the challenges that working moms face each day. Barbara Comstock has not only had real jobs, she has created real jobs and has displayed real dedication to serving her constituents here in Virginia by supporting legislation to expand employment opportunities, fight human trafficking, save taxpayers money and so much more.

Barbara knows firsthand the challenges that families face, having worked to help put bread on the table while at the same time building a nurturing, strong and loving home-life for her family. She rose to the challenges and overcame obstacles to become a senior partner in a law firm and to start her own business. What kind of person does John Foust have to be to make such a statement? Even worse, the deafening silence from the likes of Leesburg Town Council Member Kelly Burk and State Senator Jennifer Wexton.

Like me and so many other successful women, Barbara has done a great job at being both a business owner and a mom every day, which is why I find Mr. Foust’s statement so disrespectful. Mr. Foust doesn’t think Barbara Comstock has had a ‘real job’ and for that, I don’t think he deserves a job in Congress.”

(Full disclosure: Williams is a long-time friend of, and advertiser on, The Bull Elephant).

Friends, this story isn’t going away. John Foust has to answer for his attempt to belittle Barbara Comstock’s accomplishments as a woman. The voters of the 10th District deserve an explanation, and an apology, from the patronizing man who wants to represent them in Congress.

I’m not holding my breath on that. Why? Because Virginia Senator Jennifer Wexton and Leesburg Town Councilwoman Kelly Burke, the women elected officials in attendance when Foust made his remarks, will stand right beside him and give him cover. As Whitbeck’s press release concludes, “Both women stood silent while Foust made his offensive comments and have yet to condemn Foust’s remarks.”

Wexton and Burke should be ashamed of themselves for allowing this kind of thing to go unchallenged.

Gotcha! Foust makes a remark about Comstock and suddenly it’s not his opponent he was talking about — it’s an ATTACK ON ALL WOMEN. This story line would be more believable without the phony level of indignation and resentment displayed here (e.g, “terribly mean-spirited and misogynistic”). If, as you suggest, Foust has a serious attitude problem toward all women, do you have another example? Maybe some policy he supports that demeans and belittles the ability of women to make choices for themselves?

The story was covered today on Fox News on “The Five at Five”. Sorry Dems, the story has long legs.

Foust’s entire campaign rhetoric and style is really beginning to seep that unique and unmistakably pungent reek that is the trail Hillary and Bill leave in their wake in the political arena. I hope that the RPV and national committee make available to Comstock every resource at their disposal as she may be fighting on two fronts here.

I also see that Rep. Gerry Connolly has agreed with Mr. Foust. All one needs to do is look a bit back into history and see how Rep. Connolly has treated women during a testimony. He’s always had a condescending attitude towards women. Finally, let’s also review one of the previous campaigns of Rep. Jim Moran in the 8th. Jim Moran made a claim that his oppenent (a retired military colonel’s) service didn’t qualify as true “public service”.

These guys need to be held accountable for their weak comments. Apparently, the only campaign strategy they have up their sleeves is to demean women and attack their opponents with lies and more lies. Stay tuned for the upcoming attacks by Gerry Connolly against his opponent – a female. He’ll stoop as low as the gutter to trash people without merit.

Connolly talking about real jobs is really rich. I guess he really cared about Pregnant woman he ran into.

The pressure deserves to be turned up very high on this!

Hear, Hear! Wexton and Burke need to be repeatedly questioned on why they stood by while their candidate made disparaging and insulting remarks on all women in the 10th. Foust needs to apologize.