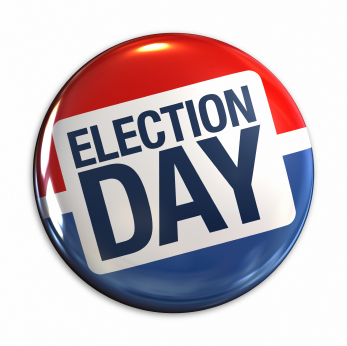 March 15th is being billed as the make or break day of the entire campaign for at least two, and possibly three, of the four remaining candidates in the GOP Presidential Primary.  With over 360 delegates at stake, including the winner take all contests in OH and FL, could Tuesday night signal the end of the campaign, or the start of a brand new phase?  With two home states on the line and decisions of where to devote precious resources, the primary jujitsu that has been taking place gives us some interesting insights into the strategies of the candidates.

For John Kasich and Marco Rubio the moves are quite simple.  Win their home states or go home.  Rubio’s campaign has been a roller coaster ride, starting with his declaration of Marcomentum with his third place finish in Iowa, followed by his Marcollapse on Super Tuesday.  The Rubio campaign has been reduced to hoping against hope that he can overcome a nearly 20% polling deficit in Florida to Donald Trump, while many of his advisors told him to get out of the race before he gets embarrassed in his home state.  A loss in Florida will end his campaign and maybe his political career.

John Kasich really has no business still being in the race.  He hasn’t won a single state, and really hasn’t come close to winning a single state.  Even if he were to win Ohio, it is mathematically impossible for him to secure enough delegates to win the nomination.  Kasich has said that he will leave the race if he loses Ohio, and the polls are all over the place as to what will actually happen.  John has spent the entire week barnstorming Ohio, but I don’t think it is going to be enough for him.

Donald Trump is using his earned media campaign to barnstorm around all the states up for grabs on March 15th, hoping to close out the primary election.  By winning Ohio and Florida and grabbing that big winner-take-all delegate haul, he and many others believe that will seal the deal for his nomination.

Ted Cruz is playing a long game.  After initially putting money and resources into Florida, he has pulled out and moved that money to other states like Missouri and Illinois.  Contrary to the rumors that Cruz, Kasich, and Rubio are working together to stop Trump from winning as many delegates as possible, Cruz has not stopped campaigning in Ohio.  The reasons for the moves may not be readily apparent, but Cruz has determined that it is better to allow Trump to win Florida and Ohio instead of Rubio and Kasich.  Rubio is far enough down in the polls that it doesn’t matter if Cruz spends any money there or not, but Kasich may have a chance in Ohio, so Cruz is still playing to win there hoping he can pull off what he did in Michigan.

Why would Cruz want to hand 165 delegates to Trump?  Because doing so would remove the final two competitors in the race for the “anti-Trump” vote, leaving a two man race, and in a head to head matchup Cruz beats Trump.  But wouldn’t giving Trump those delegates give him an insurmountable lead?  Actually no.  Even if Trump were to sweep the table on March 15th, Cruz could still pass Trump and win enough delegates to secure a 1st ballot victory at the convention.

On March 15th, Florida, Ohio, Illinois, North Carolina, and Missouri will award 358 delegates to the winning candidates.  All but North Carolina are winner take all states.  Giving Donald Trump all the winner-take-all states on March 15th, along with the lion’s share of delegates in NC would produce a result of approximately Trump – 785, Cruz – 396.

That looks like a pretty good night for Trump, and it absolutely would be except for one important point.  By winning Ohio and Florida Trump would knock both Marco Rubio and John Kasich out of the race for good leaving a true head to head matchup with Ted Cruz, and in that head-to-head matchup Cruz wins hands down.  So lets see what happens next.

There are also 8 states that will award their delegates proportionally, including West Virginia, which directly elects convention delegates on the ballot.  These states total 312 delegates.  Cruz should win at least a 60/40 split in those states with 50% rules in Connecticut and Utah giving Cruz all the delegates in those states.  Now we are at Cruz – 1189, Trump – 910.

There are also 5 states that will arrive at the convention with all of their delegates unbound to any candidate.  They are Colorado, Wyoming, Guam, American Samoa, and North Dakota.  Between the 5 of them, they make up 112 delegates.  Cruz only needs to secure half of those delegates, and he will reach 1239 delegates, and win the convention on a first ballot.

What can change the equation?  Missouri.  It is right in the heart of Cruz territory that he is already winning.  It has 52 delegates.  It is winner take all.  If Cruz takes Missouri from Trump on March 15th, that would put Cruz at the threshold.  By my calculations, he would be at 1241 (give or take), and would absolutely win on a first ballot.

There have been theories thrown around that say the best way to stop Trump would be for both Rubio and Kasich to stay in the race and keep taking friendly states from Trump.  The idea here is to stop Trump from getting to 1237 and then take the nomination from him at a brokered convention.  Unfortunately, that logic falls apart in the face of current trends.

So what happens if Rubio and/or Kasich stay in?  Trump wins.  Period.

Let’s assume for a moment that Rubio wins Florida and Kasich wins Ohio.  That would reduce Trump’s delegate count on March 15th from 785 to 620.  This would also mean, however, that both Rubio and Kasich would stay in the race to the bitter end, and that would split the vote in all of those winner take all states coming up.  Instead of those 606 delegates going to Cruz, the vast majority would go to Trump.  California alone would more than make up for the losses of Florida and Ohio.

So what looks like the crowning achievement for Trump on March 15th could actually spell the end of his candidacy, because keeping Rubio and Kasich in the race to dilute the anti-Trump vote is the only thing that lets him keep winning primaries.  It is the classic case of winning the battle but losing the war.  It may not seem like it at the time, but Trump may actually lose by winning FL and OH.