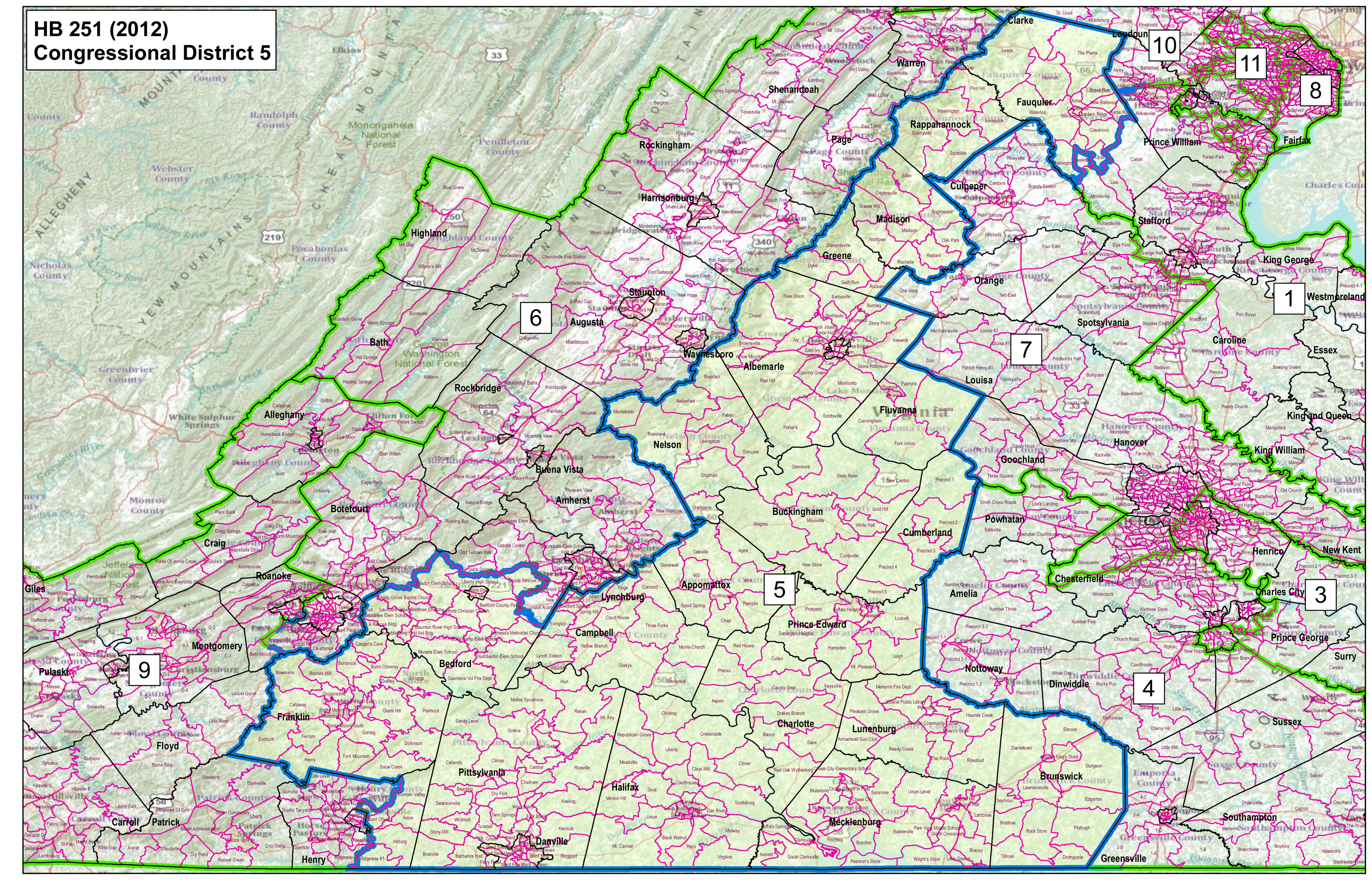 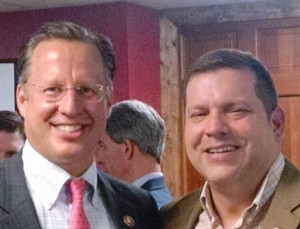 As we reported a couple of weeks ago, upon announcement by Rep. Robert Hurt that he was retiring after jus three terms from Virginia’s 5th Congressional District, conservative Sen. Tom Garrett (R-Buckingham) announced he was running for the nomination to fill the seat.

Since then, two additional candidates have indicated their intention to seek the Republican nomination, while the other potential candidate most people were talking about, Sen. Bill Stanley (R-Franklin), bowed out in favor of continued service in Virginia’s Senate. 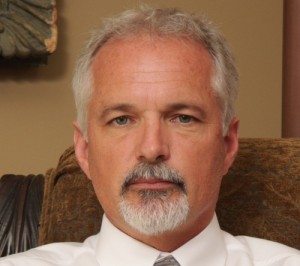 In 2010, Jim McKelvey, a Bedford County real estate developer, placed second behind Robert Hurt in the seven-candidate 5th Congressional district primary.  But don’t let that fool you…Hurt won with 48.4% of the vote, to McKelvey’s 25.9%.  McKelvey was able to emerge as the primary anti-Hurt, Tea Party-style candidate, spending far more than any other candidate in the race (about $300,000, 83% of which was via a loan from the candidate) except for Hurt, who spent about $550,000 on the primary.

McKelvey generated some mild controversy after the 2010 primary by not immediately endorsing Hurt in the general election.  He eventually came around, but kept his federal campaign account active through the 2014 primary…just in case.  Most recently, McKelvey has been active on behalf of Donald Trump, serving as a member of his leadership team in Southwest/Southside Virginia. 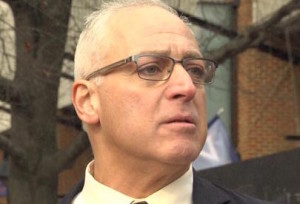 The most recent new face in the race is one that may be more familiar to district residents for the voice behind it.  Michael Del Rosso, currently President, Chairman, and CEO of tech firm Nimaya, Inc. (“Secure Mashups for the Enterprise”), is a frequent guest on the Charlottesville-based Rob Schilling radio show.  In addition to business experience, Del Rosso brings some national security chops, as well, serving as a Senior Fellow at the Center for Security Policy as well as a fellow at the Claremont Institute.  He’s written extensively on areas of national security policy.  His announcement, on the Rob Schilling show, can be heard here:

If 2010 is any guide—as the last time the 5th District seat was open—Garrett, McKelvey, and Del Rosso will likely soon have additional company on the campaign trail.  As the field gets more crowded, it will likely become more difficult for conservatives to find a consensus candidate.  Though Hurt, as a popular and well-funded member of the General Assembly, was able to nearly hit 50% in 2010, there are no guarantees this time around that a single candidate will emerge from among this field of strong candidates.

In other words, it is possible that some closet moderate could split the conservative vote and walk away with the nomination with only a small plurality.  For example, with 5 or 6 or 7 candidates the frontrunner could win the nomination with just 25% of the vote.  To ensure a conservative nominee, and a nominee around which the bulk of the voters and activists of the 5th District can unify, I urge my friends and colleagues in the 5th District to adopt a convention as the method of choosing this nominee.  Only a convention allows Republicans to set a majority threshold before the awarding what all-too-often turns into essentially a lifetime appointment to Congress.

Let’s take the time, and make the effort, to do this right.

[…] in the race.  Also, although Sen. Tom Garrett (R-Buckingham) appears to be preoccupied with other aspirations, there is still plenty of time for other candidates to jump […]

To answer Kelley- 1996. George Landrith.
Beat then Delegate Frank Ruff, played “Last train to Clarksville” to exiting Ruff supporters, among other things. Hard feelings abounded.
Landrith went on to poll ~35/36% in General even as Dole and Warner carried District.
Memory of 1996 was a not insignificant reason why a Primary was selected in 2010. The Chairman then, Tucker Watkins, God rest his soul, remembered and wasn’t letting it happen again.
This year? Who knows. Memories fade.
Those who cannot remember the past are condemned to repeat it.

oh I remember. I was a Frank Ruff delegate. & “Last Train to Clarksville” was unnecessary. & guess what? this is why I remain a primary advocate. Stop nominating losers!

Steve,
The last 5th district primary in 2010 had over 35,000 vote in it. The 5th district convention may have up to 1,500 voters. You are saying 1,500 people should choose for over 175,000 plus republicans of the 5th district who will be their final option in November. The people of the 5th gave us Mr. Hurt in 2010. Whether some believe he is conservative or not is really not the issue. The real issue is people had a choice and they chose whom they wanted to have represent them that November. The PEOPLE should always have the choice of whom they feel is best to represent them. I will vote myself in January for a primary because it gives people a voice and a chance to determine their potential congressional legislator. If the Republicans of each district really understood the role state central played most would not have the positions in state central they currently hold.

exactly. let’s see how many voters we can exclude.

plus, when was the last 5CD nominating convention? & who was nominated?

1996. George Landrith.
Beat then Delegate Frank
Ruff, played “Last train to Clarksville” to exiting Ruff supporters,
among other things. Hard feelings abounded.
Landrith went on to poll ~35/36% in General even as Dole and Warner carried District.
Memory
of 1996 was a not insignificant reason why a Primary was selected in
2010. The Chairman then, Tucker Watkins, God rest his soul, remembered
and wasn’t letting it happen again.
This year? Who knows. Memories fade.
Those who cannot remember the past are condemned to repeat it.

Not having anominating convention here is EVEN MORE insane than the ludicrous RVP presidential primary pledge the SCC is foisting upon unsuspecting voters on March 1.

Yes. I am pro convention. That way the Republican Party pays for it, runs it and is free to set their own participation rules. The March 1 primary is taxpayer funded and unsuspecting voters should not be besieged with signing pledges at the voting table. It’s absurd and exclusive. If you want to control the voting process then opt for a convention and get the votes to pass it on SCC – fair and square. John

Last time I checked, Republicans were taxpayers, too. The party doesn’t give up its rights of free association just because they are holding a primary.

You said asking voters to say that they are Republicans is, “a blatant attempt by the RPV to disenfranchise core Trump supporters, many of whom are Independents or new to the process and may not be comfortable signing papers stating their party affiliation.”

Now you are saying that you are fine and dandy with requiring voters to sign, not just a statement saying they are a Republican, but a pledge to support the eventual nominee?? What happened to these Independent voters being, “the very voters the Republican Party of Virginia desperately needs to win in the fall?”

You can’t have it both ways. You can’t say that you oppose a simple statement saying “I am a Republican” for the Presidential Primary, but then demand actual loyalty oaths to vote for the 5th CD nominee.
Your arguments, and the arguments of others on the right against this statement, will come back to haunt you when the Cantor wing of the party demands an open primary next year for the Governor’s race, and they throw your own words back at you.

For Heavens sake Mike- then bow up and get the votes you need on SCC to pass a convention and stop Jerry-rigging the primary process when you lose! Go get three more votes! You should be working on that right now in lieu of writing blog responses, right? John

Claiming that RPV is Jerry-rigging the primary is implying that they are doing something wrong or illegal, and clearly they are not. Even Trump and his supporters are now admitting it as they try to convince Independents and Democrats to join the Republican Party so they can vote for Trump in the 30+ states that don’t allow crossover voting.

You still didn’t answer they question of how you can oppose a simple statement of affiliation on one hand, yet demand a loyalty oath on the other.

Sure – I am pro convention and I am an honest broker of the truth. If you have a convention then the rules are clear and set by the Party. And you pay for it. This primary – pledge rig scheme is a dishonest attempt to meddle with voters expectations at taxpayer expense while they are standing in line! If you passed a Convention we would not be even debating this. So go elect 3 more pro convention SCC reps and leave unsuspecting primary voters alone. Your pledge is exclusive and intellectually nefarious. John

Maybe we should follow the RPV’s lead – and choose a PRIMARY – under the guise of being “inclusive” you know. And then to gum up the works .. we can have our own loyalty oath!!

Now that the seat is open, I expect the Democrats will pick up their game and run more than just a couple throw-aways like they’re doing now.

Primaries are the better value, only $250,000 to the taxpayers instead of $15,000 to the party. However, no pledges allowed in primary, making it always the choice of non-Republicans.

Agreed. I’m supporting Sen. Tom Garrett because he’s a military veteran and has a long record of conservative votes but with this field of contenders, we must have a convention to ensure this seat isn’t taken by a liberal simply because there are too many conservatives.