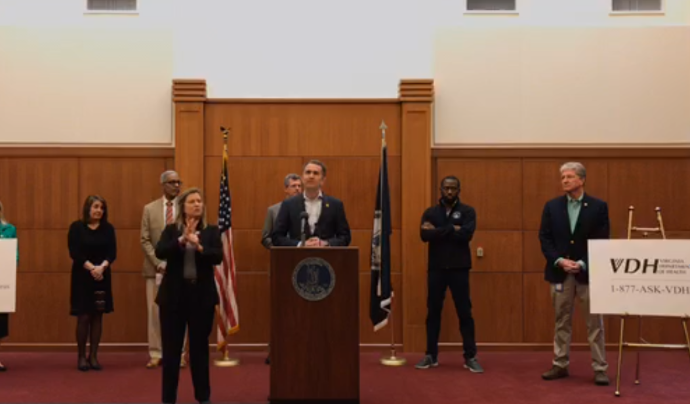 Governor allows hospitals to re-open on Friday but has decided nothing about Phase One, Two or Three re-openings

At his news conference today Governor Northam said after an influx of PPEs (personal protective equipment) hospitals will be allowed to reopen for elective and other surgeries and treatments on Friday.

Testing for COVID-19 is not where the Governor wants it to be. There was a 41% increase in testing over last week, the state is now testing 4,000 people per day. Northam hopes to get that number to 10,000 cases a day sometime during the summer.

I am sure it will delight liberals, Northam has gotten $100,000,000 from the feds for transit! More money to sink in subways! Too bad that fewer people than ever will be riding the subways because they have no jobs to go to. And subways are a breeding ground for coronavirus as we learned in New York.

More safety measures and PPEs will be put in place for Virginia’s poll workers in our elections in May and June. More details on our coming elections and deadlines for absentee ballots here.

The bad news in today’s presser was the Governor has no idea when the state will be eligible for Phase One of his reopening. He is aware that there’s a problem in rural areas that border other states which are open for business, with Bristol being the best (worst) example. There, one side of the main street is in Tennessee and open for business, while the other side of the street is in Virginia where the businesses are shuttered. So his Task Force might look at opening different parts of the state before other parts but he didn’t sound inclined to do that.

Northam said “as we get into the summer” we should have more COVID test kits so more tests can be completed every day. That will give us a better idea of when we might begin Phase One of reopening, what the rules will be, what business may reopen under what conditions, as well as the rules for customers. Needless to say, nothing has been decided about Phases Two and Three of the reopening plan but they intend to follow federal guidelines in some manner. In other words, Northam and his ace kickass team have decided nothing about nothing. But they are meeting again today to discuss it and he hopes to more details about Phase One perhaps as early as later this week. Maybe. (What have they been doing for the last 6 weeks? Oh, that’s right, Northam only recently decided he needed a Task Force.)

It’s beginning to look like it’s time to head to Tennessee where we can shop, see other people, stay in a hotel, take a ride in the country, and sit down in a nice restaurant.

Our Governor is in so far over his head he’s drowning.

Governor allows hospitals to re-open on Friday but has decided nothing about Phase One, Two or Three re-openings was last modified: April 27th, 2020 by Jeanine Martin