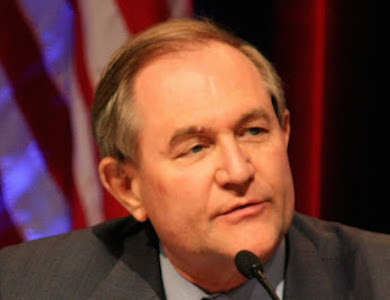 Governor Gilmore Only Candidate Not Invited to the Next GOP Debate

The debate will be held at the Ronald Reagan Library on September 16th.  It will be hosted by CNN.

(I have)been in contact with @CNN and anticipate meeting the conditions to qualify for the Reagan Library debate.— Jim Gilmore

Governor Gilmore Only Candidate Not Invited to the Next GOP Debate was last modified: August 13th, 2015 by Jeanine Martin

What? Everson got in?

Poll me, I’ll put in a vote for him just so he can at least be included. Met him once at a function, and he is as Virginian as it gets – sort of a “Favorite Son candidate”. Saved us a pile on car tax too, even though that got diluted.
Yeah, as far as Larry’s comment – You’re not anybody if you haven’t been insulted by Donald Trump. This is definitely the way Gilmore must go. Just get Trump to call you a “stupid loser” and its good for days of on-line publicity.

He was a very good governor, I think he’s angling for a cabinet position with this run.