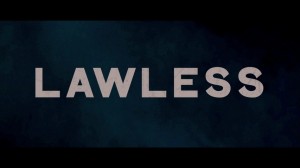 We will have more on this later after we’ve had a chance to examine the details, but here’s what we know.

Governor McAuliffe this morning announced that he was going to attempt a line-item veto of the #BLACKorBUST language prohibiting any expenditures on Medicaid expansion without an additional appropriation by the legislature. He further called the legislative commission set up last year to handle Medicaid expansion (MIRC) essentially a sham, and said he would work around them to achieve his goal of expanded Medicaid under Obamacare by September 1, 2014.

As we understand the situation, though, this will not work for two main reasons. First, as we detailed yesterday, even if his line-item veto of the #BLACKorBUST language works, he is still left without an appropriation of funds. He will have to really push the envelope (or just rip it up entirely) to say that he’s got legitimately appropriated funds to do what he’s pushing for. He’d literally be acting lawlessly: without any authority or legislative appropriation.

Second, the line item veto is available only for appropriation items, not for instruction language. The Virginia Supreme Court has defined an appropriation “item” as an “indivisible sum of money dedicated to a stated purpose.” The #BLACKorBUST amendment carried by Bill Stanley is not a sum of money, or even an appropriation; it is instruction against “appropriation or expenditure” specifically designed to close loopholes the Governor needed to act without the legislature. In other words, the Governor’s attempt at a line-item veto is is not valid, and I would expect the Clerk of the House to ignore it for purposes of enrolling the Governor’s response for consideration by the General Assembly. This, of course, sets up a court fight. The law is not a slam dunk in favor of Republicans, but we’ve definitely got the stronger argument. I believe the General Assembly should (and will) act to vigorously protect legislative prerogatives in this matter.

More information and analysis as it becomes available.