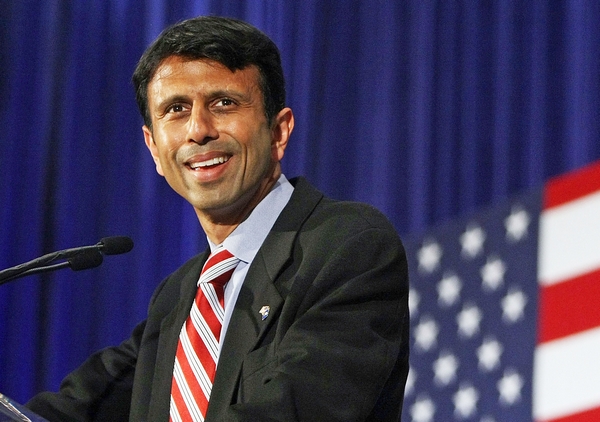 Governor Jindal, “The GOP establishment is done for”

Governor Bobby Jindal says “The GOP establishment is done for, and I think this race shows that.” Jindal went on to blame the establishment for the rise of Donald Trump,

“I think this idea of ignoring the will of the party — the party leaders go behind closed doors and come up with a new — it makes for a great fiction novel, but it’s exactly what’s wrong with the GOP establishment. It ignores what voters are telling them,” Jindal said. “If this wasn’t Donald Trump, if this were any other candidate, we wouldn’t be talking about this.”

“You hear too many party leaders wanting to dismiss voters. This talk of a contested convention, a third-party candidate, of drafting somebody anew. That’s ridiculous,” Jindal added. “When huge chunks of your party’s base are telling you something, you’ve got to listen to them.”

Jindal’s right.  The establishment Republicans have brought this on themselves.  Unfortunately the rest of us are suffering too as our party disintegrates.

Governor Jindal, “The GOP establishment is done for” was last modified: March 18th, 2016 by Jeanine Martin

And, so glad to hear that Governor Romney is voting for Senator Cruz – birds of a feather.

Birds of a feather flock to Goldman Sachs.

Again, What Would Baird Do? The Sage of the West End’s ethos should figure into all of this. My guess: bring back the corpse of Richard Nixon. Or, Joe McCarthy.