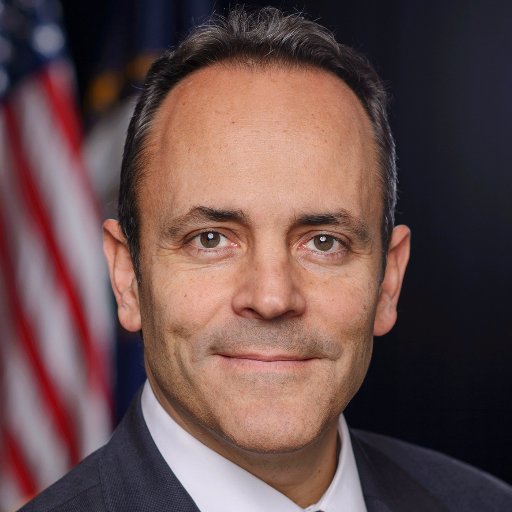 Kentucky Governor Matt Bevin has declared yet another year the year of the Bible and yet again the liberals are furious.

The Freedom From Religion Foundation has sent a letter to Governor Matt Bevin asking him to rescind his declaration that 2017 would be “the year of the Bible.”

In a letter to the governor, the foundation argues that the proclamation violates the constitution’s separation of church and state.

“It is highly inappropriate for the highest secular office holder in the state of Kentucky to use that office to exhort citizens to read the bible or endorse celebrating the bible’s significant impact on Kentucky and American institutions and culture.” lex18.com

I’m not sure why the Governor wants to use his office to stick his finger in the eye of non-Christians around the state of Kentucky, but honestly, does anyone cares what a Governor “declares”? If Governor McAuliffe declared 2017 the year of the Koran or the year of the Satanic Bible, people would roll their eyes and possibly mock the Governor, but insinuating there is a constitutional problem with his declaration is ridiculous.

Why highlight it? In fact, I would never have known that Governor Bevin had a habit of declaring every year the year of the bible (despite there being almost no evidence to support this) had not the “I Hate Christianity” people coming out to question him about it.

Is 2017 the year of the Bible? Maybe. 2016 was the year of cultural and political psychosis and of God Harvesting celebrity souls. A Year of the Bible wouldn’t hurt. Though, I imagine 2017 will simply be an extension of 2016. The politics will be nasty. Little will be accomplished. Everyone will break Christ’s two commandments, “And he said to him, ‘You shall love the Lord your God with all your heart and with all your soul and with all your mind. 38 This is the great and first commandment. 39 And a second is like it: You shall love your neighbor as yourself.‘” Mathew 22:37-39.

When we actually begin to see Mathew 22:37-39 manifest in our lives and in our culture, maybe that will mark the year of the Bible. Until then, I resent the idea that a politician needs to declare such a thing; but honestly, does anyone really care what a Governor declares? Has anyone’s life been touched? Damaged? And do declarations have the force of law? No. So there is no Constitutional issue. These Freedom From Religion people need to get a massage and a Mojito. The Christians aren’t coming to get you.

After the forces of secularism have continually poked the eyes of Christians over the past few decades or so, isn’t it refreshing to have a politician make a stand for religious freedom? You are correct, it is his right.

Until Mathew 22:37-39 can freely be expressed by our politicians or more importantly, in ours public schools and them higher levels of education, most people will continue to be as clueless about those commandments as you were about Gov. Bevin’s declaration. Isn’t it odd how for some in this nation founded on Judeo-Christian values, words of love can only be expressed in safe zones? How has that been working out for us?