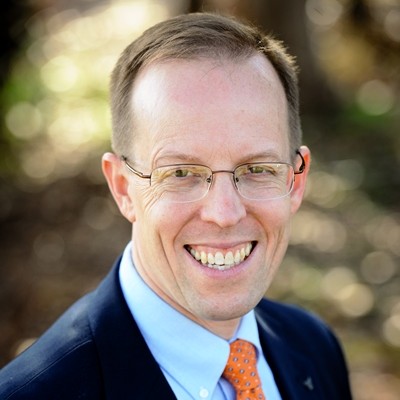 The Virginia Constitution explicitly states that during a legislative session, only the General Assembly can elect a justice to the Court.  The Governor has the power to make a temporary interim appointment, but this automatically expires 30 days after the start of a General Assembly session.

Back on August 17, the House and Senate convened to take up redistricting legislation and the Supreme Court vacancy.  However, when it became clear that the House and Senate Republicans were prepared to elect someone else to the Court, McAuliffe’s allies in the Senate (joined by one Republican) abruptly voted for a motion to adjourn and went home.

It is significant that the House did NOT join this vote. Again, the Constitution clearly states what happens: “Neither house shall, without the consent of the other, adjourn to another place, nor for more than three days.”  In short, the Senate cannot by itself end the session.  And no adjournment should mean no interim appointments.

Nonetheless, on September 16, McAuliffe (re)appointed Roush to the Supreme Court.

Our initial research has found no Virginia Governor who has attempted such a maneuver.  Moreover, because of these Constitutional concerns, any work that Justice Roush performs while on the Court may be subject to additional legal challenges.  Although Attorney General Mark Herring is Virginia’s lawyer, he has predictably raised no issues about the appointment, and McAuliffe himself has belittled such Constitutional questions as unimportant “small ball.”

(Note that in an effort to resolve this issue, the Assembly was even willing to re-elect Justice Roush to her old job, but she rejected this, saying it was “too far down the road” for that.)

The General Assembly can take up the disputed Supreme Court seat when we reconvene in January.

In the meantime, you can tell McAuliffe and Herring that the Constitution matters to you.  Write Attorney General Herring HERE and Governor McAuliffe HERE.

Maybe they can all just pretend it never happened. Come back into session and vote in their guy no matter who the governor says is in place. Yes, it might be a little weird when both of them are sitting in the same office fighting over the pencil sharpener, but c’est la vie. They could both write opinions and make rulings, and then each party could just take which ever ruling they like and use it haha. “Our justice says you can’t do that”, “Well OUR justice says we can …”. This is almost how absurd all of this is becoming with so many people ignoring procedures, the law, etc, and just making up stuff as they go along based on whether or not they think anybody can stop them.

This is a progressive’s dream judicial appointment a sitting high court ruling judge with NO judicial expiration of term! Just keep rolling her over and pass her on to the next Democratic governor. It’s close to impossible to surpass Obama’s hurbis in the context of constitutional governance, in my opinion, but Gov. McAuliffe has achieved it. Also an interesting observation of the character of the (acting?) Honorable Jane Marum Roush, whose sole function is to uphold the Virginia State Constitution, but only sits on the bench via a violation of it’s very clear strictures. It it just me or does the rule of law more and more seem to simply become a matter of convenience that has elected representatives from both parties shrugging thier shoulders the the face of violations in a “what’s the big deal response”.

So it’s time for the Republicans to put up or shut up and stop whining about McAuliffe ! Do the job you were elected to do and stand up to Obama’s Mini Me !

What we have here is a political party, the Republican Party, that no longer considers tax increases (HB 2313) and illegal immigration things worthy of fighting against anymore.

So, in order to be able to face the hate radio crowd, and give them some red meat, Republican’s pull this BS out of their hate, ah hat I mean. Say they fought a judicial appointment.

Ladies and Gentleman, why drive all the way to Washington to see a dysfunctional government?

One observes that words such as “hate” and “BS” spew from the mouths of the left. Hatred and racism are tools commonly used by Democrats because they rarely stand on the truth. They have forgotten what freedom, truth and law are all about.

God bless Rob Bell and all other legislators who think that the Virginia Constitution deserves enforcement.

Since the House of Delegates is technically still in session, they should convene, take up her appointment, and vote it down. Once that is done, it doesn’t matter what the Senate does. Without the approval of both houses, her appointment cannot be confirmed, and she should be immediately removed from the bench.

If the House of Delegates is not willing to do that, then this is all just talk. McAuliffe is counting on nothing but talk from our side. Is Speaker Howell ready to do something or not?