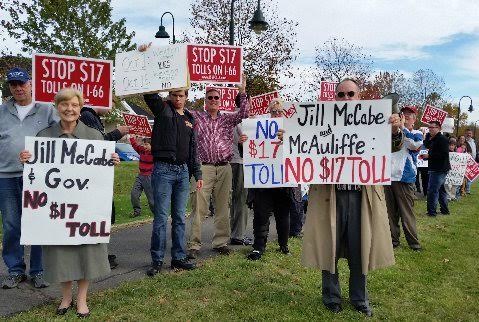 Governor McAuliffe joined Democrat Senate candidate Jill McCabe today in Loudoun county where he was greeted by more protesters than supporters. Â A large crowd of over 70 people were there to greet the Governor and voice their objection to his proposed $17 tolls on I-66. Â The crowd shouted “No Tolls On 66” and “Governor are you listening?” When the Governor arrived he quickly ran into the building and Jill McCabe never made an appearance outside. 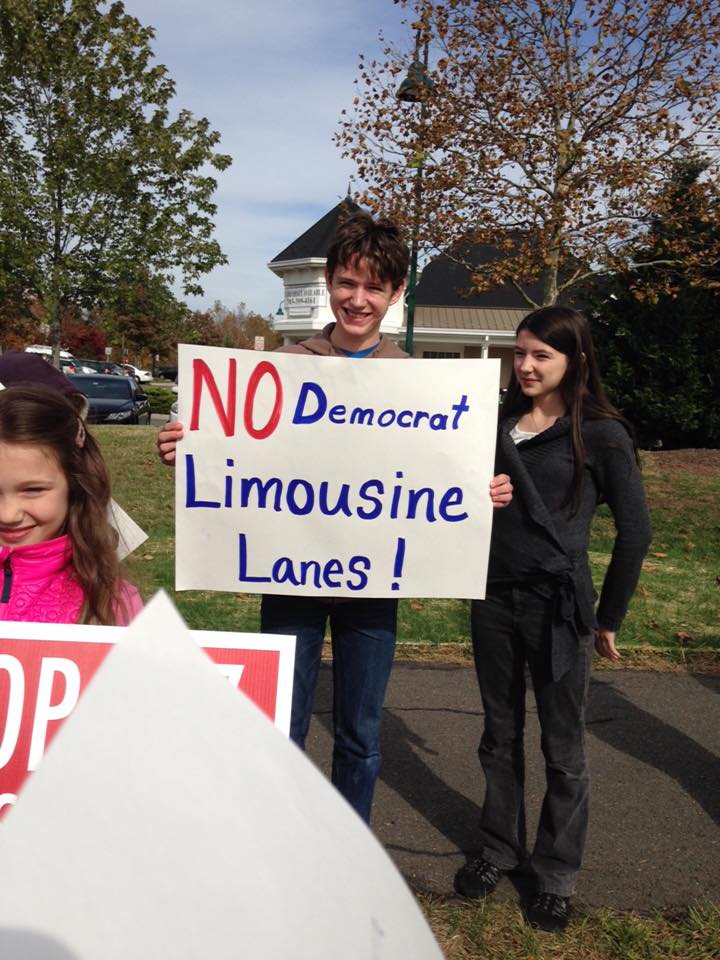 Sources tell us the crowd of protesters outside was much larger than the group of McCabe supporters inside.

A protester observed the license plates of the “supporters” vehicles and almost all were out of state including multiple ones from NY, as well as MA, TX, and DC.

This article made my day.mWhat a horrible plan! Effectively the toll is a tax on clean fuel plate drivers who legally use 66 now. The HOV restrictions are in place but not enforced. If they really want to punish… Err, I mean tax, the HOV violators, why don’t they simply enforce the current laws?

Not to mention the supporter in the SEIU jacket and the out of state cars in the parking lot!