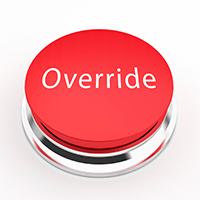 Home schooling parents have fought for years for their children to be allowed to play on sports teams at their local public schools, the schools their tax dollars help build and support. [read_more]The bill, often called the Tebow bill for Tim Tebow, a home schooled athlete who played on a public school team in Florida and later in the NFL, was finally passed this year by the General Assembly. It has been passed in the House of Delegates since 2005. Home School parents and students celebrated the passing of the Tebow bill but the Governor will do away with it.  According to the Washington Post, the Governor will veto that bill along with about 20 other bills sponsored by Republicans.

The twenty bills he will veto include bills to reduce restrictions on guns, bills that oppose Common Core, and bills to tighten requirements for voting. Just what we would expect from a Democrat. He will also veto bills that adjust boundary lines in House and Senate districts. Republicans can override the Governor in the House of Delegates but they don’t have the votes in the Senate for an override.

More here and here on the many bills McAuliffe will veto.

[…] Governor McAuliffe To Veto the Tebow Bill | The Bull Elephant […]

The state senate approved the bill 25 – 13. You need a 2/3 majority to override. You need 27 votes to override if my math is right. There are 25 votes in support with 5 votes missing. That’s pretty close.

Moreover, this is a great political issue to shove up McAuliffe’s nose. The bill allowed for a local option where each local school district could decide whether to allow the home schooled to play or not. In addition, it overtly allowed school districts to charge the player (or, more likely, the player’s family) for the costs of equipment, etc.

The RPV should very publicly rally for an override here. This is simply an assault on religion since many (most?) home schooling is done for religious reasons (at least it sounds that way to me).

This could be a major political loser for McAuliffe. If localities in Northern Virginia don’t want to allow this they don’t have to allow it. The families can be charged the increased costs.

Time for the RPV to think strategically here. McAuliffe is trying to appeal to a very narrow liberal political base. Time to hang him out to dry for that.

For what it’s worth … here are the 5 senators who didn’t vote:

This is total bullcrap hypocrisy from the Left. For years we have heard liberals whine that the children of illegal immigrant children should not be made to pay for the decisions made by their parents, right? So, how come it is A-OK for this liberal Democratic governor to punish he children of parents who made the decision to homeschool them? Typical, despicable leftist.

Virginia would be a much better place to live if the governor would veto the entire 2015 session.

How does one call an average of over 2 bills per day a path to smaller government?

I am more disturbed by his wanting to allow common core in Virginia. Of all the parents of school age children and teachers I know who live in common core states, I have never heard or seen from them a positive word about common core. Many rant against it.

Thank you Mr. Prados for pointing out this issue and putting it front and center. While the home schooling and extracurricular activity issue may seem unfair to many the common core standards is a direct assault of parental education involvement and a lower of standards not a step forward.

Forcing taxpayers to support “school” sports is inappropriate. The tens of thousands spent on fields, equipment and coaches should be returned to taxpayers or turned over to Parks and Recreation. Not to mention the amount of time and effort spent by administration on parental complaints and extra bus runs.

As the number of homeschoolers grow, it will be less about republicans vs democrats. Because more democrats/liberals are choosing this route and want fair treatment for their kids.

Yes, but the educrats and teachers’ unions do not want it. What’s a good liberal to do?

hopefully drift into (at least) libertarian land and fall away from the tyrannical democrats. But I won’t hold my breath….