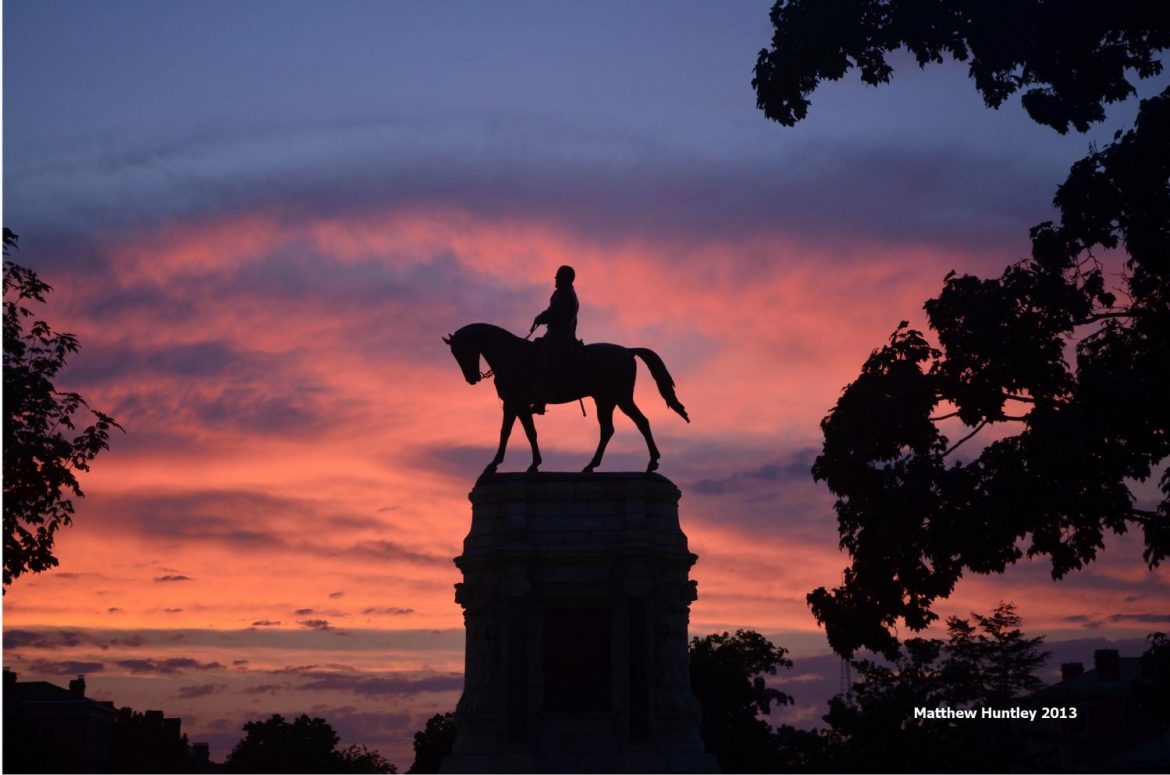 Governor Northam has decided to take down a statue of Robert E. Lee in Richmond; he says it will be put in ‘storage’.  This is being done to appease Antifa anarchists.  Big mistake.

Lee was the Commander of Confederate forces during the Civil War and a great tactician and leader.  Richmond, VA was the capital of the Confederacy.  That is history.  Now, the anarchists want to erase history to remove all memory of people and events that do not fit the Antifa script.  Today it is a statue of Lee but tomorrow it could be a statue of Thomas Edison or of Jesus Christ.  After all, Antifa worships only power and only if their people wield it.

When Ho Chi Minh’s forces from the North conquered South Vietnam, the first thing they did was remove historical statues JUST to show the people “We can do anything to you and there is nothing you can do about it.  And we can remove YOU if you don’t behave.”  Then, they closed media outlets and then they took all firearms from the people.

I know this because I was there and watched the Communists inflicted their will on us without any remorse or second thoughts.  The result was a totalitarian state where the people in charge made sure you knew it every day and 24 hours per day.

A similar thing happened in Cambodia where Pol Pot had his monsters execute anyone who wore eyeglasses because they were deemed “intelligent” and, therefore, posed a potential threat to his dictatorship. Millions were evacuated from cities and made to work 18 hours per day in the rice paddies and farm fields.  Hundreds of thousands died.

Today’s Antifa…”anti-fascist”… is an organization of Communist dedicated to the destruction of our country under the pretense of addressing racial injustice.  These are bad people who hurt, maim, and destroy without hesitation because as their spiritual leader, Saul Alinsky, said the ends justify the means.  And his ends were to create an impoverished Communist country with him in charge.  He was, and his present day lemmings are, criminally insane.  But, they are on the move.

We are at a dangerous point where it might seem to make it right whenever a Democrat is in charge anywhere in the United States.  Today it is General Lee’s statue but what if someone decided that Martin Luther King, Malcolm X, Abraham Lincoln, or anyone else should be obliterated from history?  Should John F. Kennedy airport in New York City be renamed?  Where does it end?  Why did it start?  How far will people be pushed before they fight back?

I was born in Vietnam but I came here to escape Communism.  This fight is my fight.  I appeal to all leaders of cities, counties, and states to respect the history of this country, however unpleasant it may seem now, and to take a deep breath before acting rashly and capitulating to destructive lunatics currently ravaging our cities.  Our local mayors and our governors MUST honor their oaths of office and defend the American public and property, both private and public.  Do your jobs and let the police do theirs.

Matt Truong is a candidate for the Republican nomination for Congress in the 10th District.

Matt Truong has lived the American Dream! He landed in the United States in 1980 as a Vietnamese boat person with two pairs of clothes and two words of English - Yes and no (to get some ice-cream while on the plane headed to NY). He received a Master Degree in Electrical Engineering, involved in three successful start-ups, and found an IT consulting business. He's chosen to be an involved father and husband to his wife and two teenage sons in Northern Virginia.