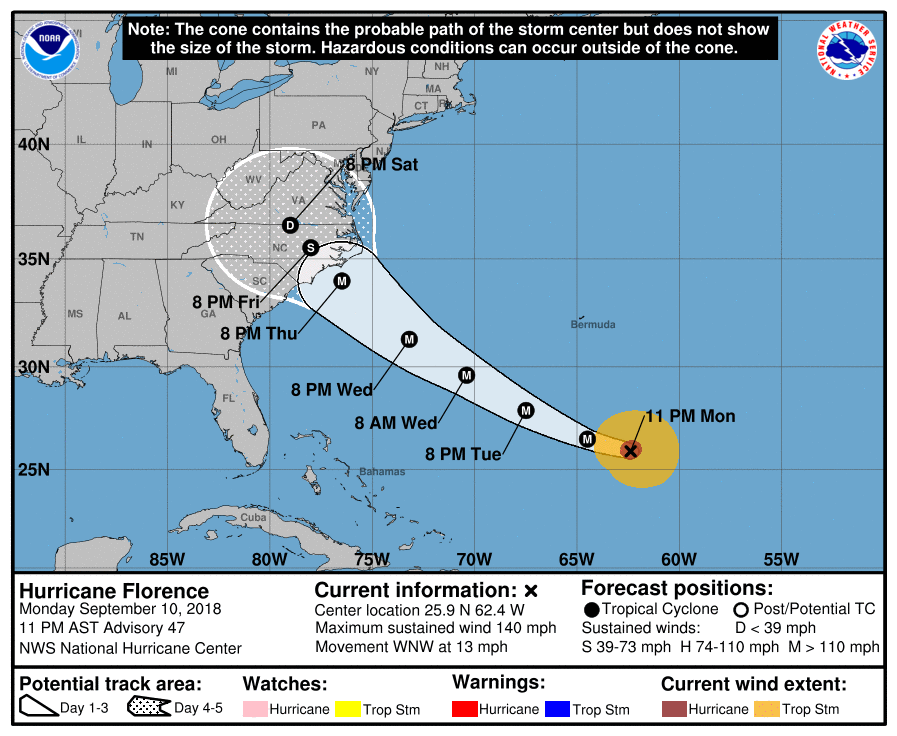 On Monday Governor Northam ordered mandatory evacuations of 245,000 people who live in low lying, flood prone, parts of Newport News, Virginia Beach, Richmond and the eastern shore ahead of hurricaneÂ Florence which is fast approaching a category 5 storm. A total of 1.5 million people in the Carolinas and Virginia are being evacuated.Â

From the Washington Post:Â

Northam (D) said he had requested 21 swift-water rescue teams from other states and activated 1,500 of the stateâ€™s 6,000 National Guard members, with the rest on standby.

Refusing to comply with the evacuation order would be a misdemeanor, but officials said they do not have the resources to go door-to-door. As for where evacuees should go, Northam said, â€œThe simplest answer is, go to higher ground and inland.â€

â€œIf it stalls, weâ€™re expecting significant rainfall,â€ Northam said. â€œThe largest threat to life from hurricanes is not the high winds. Flooding is the deadliest result of these storms.â€

The Navy has moved many of the ships in Norfolk out to sea to avoid Florence.