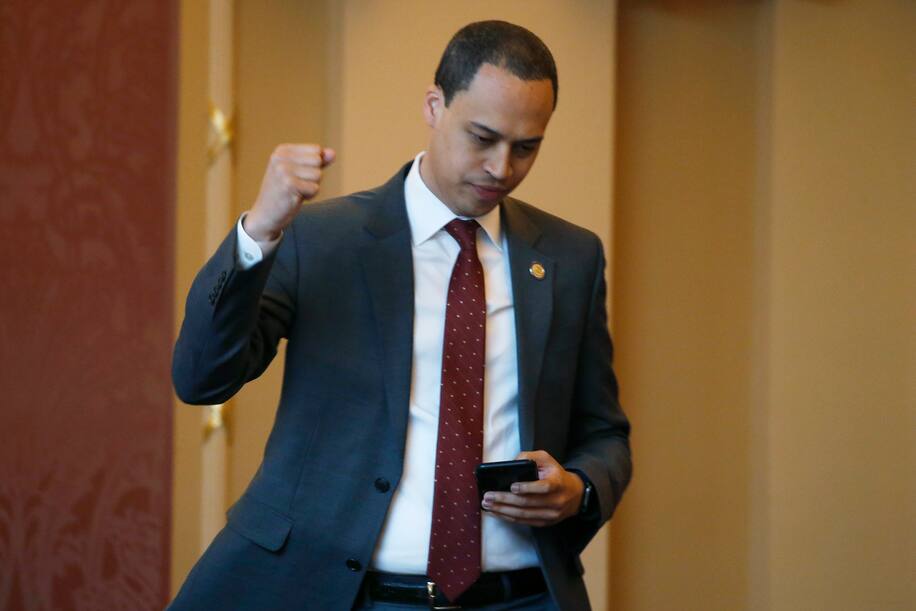 In his never-ending campaign for forgiveness, with continued pandering to Blacks, because he wore blackface, (or a Klan robe), while in medical school Governor Northam has spurned support for his own Attorney General Mark Herring (who also wore blackface in college) and thrown his support to Herring’s opponent, Jerrauld C. “Jay” Jones, Delegate from Norfolk. Jones is 31 and if elected he would be the first Black Attorney General in the history of the commonwealth.

“It is time for a new generation of leaders to take the reins,” Northam said in a statement Thursday morning. “Jay Jones has stood with me every step of the way in our journey to make Virginia a more just and equitable place to live. He has been my partner as we have worked to change our Commonwealth.”

Jones responded praising Northam for HIS progress toward racial equality in Virginia.

“I couldn’t be more humbled to receive Governor Northam’s endorsement in this race,” Jones said. “He leads with conviction and has ushered in a new era of equity, optimism, and prosperity in this Commonwealth for all Virginians, no matter what you look like or where you come from. Simply put, Ralph Northam is the most consequential governor in the history of this Commonwealth.” (emphasis mine)

Wow! Talk about pandering! Jones has out-pandered Northam! “Prosperity for all Virginians”? Is Jones unaware of all the people Northam has put out of work with his ridiculous COVID-19 decrees?

It’s ALL about equity, doncha know? Without Northam’s constant harping on it, we would have thought Virginia was a pretty great place with little racial inequality. It’s a good thing we have a Governor who never stops striving to remind us otherwise and to fix the racial inequality problem that he seems to think is rampant across our once great commonwealth.

More details on the story here and here.