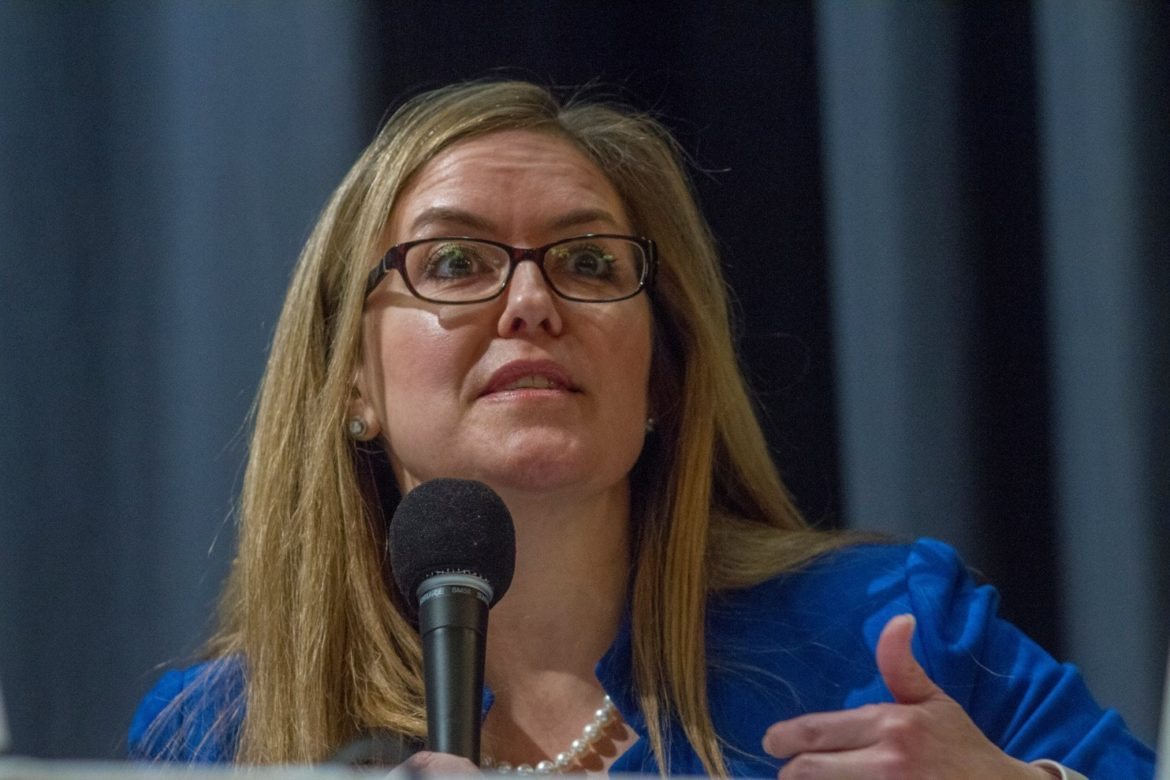 On Thursday Governor Northam endorsed state senator Jennifer Wexton for the Democrat nomination for Congress in the 10th district.  From the Washington Post,

“I saw her tenacity on the Senate floor where we fought together to expand Medicaid and stood up to the gun lobby,” Northam said in a statement. “From the Virginia Senate to my campaign for Governor, Jennifer Wexton has always had my back and I know she will fight even harder for Northern Virginia families.”

(That’s not what I’ve heard about her performance in the Senate.  From what I’ve been told Wexton is not really engaged and prefers to surf the net rather than participate in committee meetings.)

Wexton’s strongest opponent is Alison Friedman, a single mother and an anti-human trafficking activist who is well connected with California celebrities and philanthropists.  They have contributed over a $1 million to her campaign.  This is Friedman’s first foray into Virginia politics having moved into the district to run for the 10th district seat in Congress.  From the Washington Post,

Friedman, who moved from Washington to McLean in April to run for the seat, worked for People for the American Way and a California congresswoman before a six-year stint in the State Department’s anti-trafficking office, which ended in 2015.

I think Wexton will edge Friedman for the nomination based on the establishment coalescing around their favorite (i.e. Clinton v Sanders; Northam v Perriello), unless Wexton makes a huge Biden-esque gaffe on the primary stump.

It’s not Governor Northam endorsement that catches my attention as a voter in the 10th (which includes all of Loudoun, Clarke and Frederick counties and portions of Prince William and Fairfax as well) but the stark electoral fact that he recently carried the district by a 56 percent to 43 percent margin and ALL the polls continually show a growing Democratic lean in the voter heavy suburban areas of the district. Second, candidate Wexton is the only actual recurrently elected official in the Democratic primary of seven of so candidates, the last time I paid any attention, and has a very high district name recognition.

You can easily make a record out of underestimating Rep. Comstock’s re-election chances as her heavy campaign funding always makes her a formidable incumbent, but even given that, it is hard to overlook the fact that her winning vote count in the district is approximately haved percentage wise each relelection (hovering at around 5% in 2016) and if this trend continues (as there is little to indicate it won’t) her third re-election term could be very close indeed.

Her primary challenge from Shak Hill will be little more than an annoyance for her but the impact on the general election in a close race is open to question. Given the behavioral patterns of past loss among these intra-party Republican factions he might well play the Sarvis role with stay at home party participants making a likely close race even more tenuous. I am not, never have been, and am still NOT a Comstock supporter as anyone who has visited this blog over the years is well aware but in 2018 she is going to need everyone’s support that realistically wants to do everything possible to thwart seeing this seat turnover. It’s as simple as that.

Isn’t she that Title Attorney from Leesburg?

Yes. She is well known in Loudoun county, the biggest part of the 10th district. But Comstock can never be counted out. She runs near perfect campaigns, no one works harder and she will have plenty of money.

I may be confusing attorneys, I thought there was some proposed law, but what do I know?

If endorsements were toilet paper then they would be useful.
Northam will end up being the Pete Wilson of Virginia while Wexton will remain in the Senate after the election.