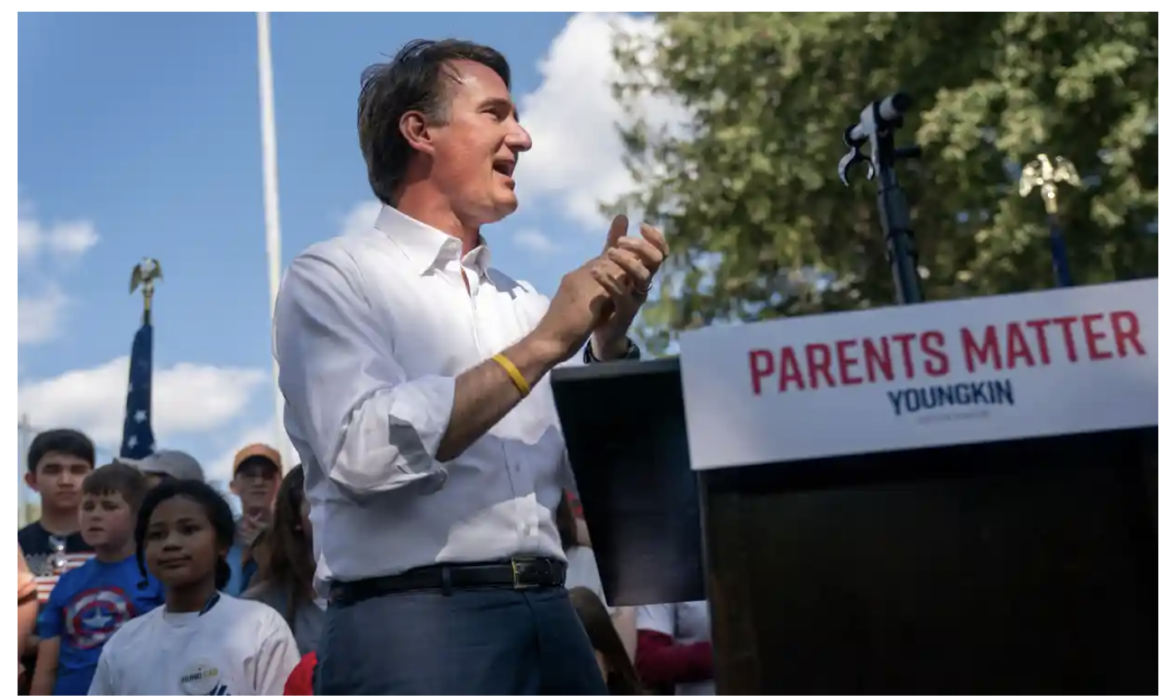 Governor Youngkin has moved to protect the privacy of students in Virginia schools and the mainstream media strongly objects. Under the Governor’s new policies children in school would have to use the bathroom that coincides with their biological sex. Also, biological boys would have to play on boys’ sports teams, and only biological girls could participate in girls’ sports. Boys would not be allowed to enter girls’ locker rooms or bathrooms. It all seems so logical but the left insists on protecting the rights of a handful of students who want to pretend they are the opposite of their biological sex is more important than protecting the privacy of your children. The Governor’s “2022 Model Policies on the Privacy, Dignity, and Respect for all Students and Parents in Virginia’s Public Schools” can be found here.

The media vehemently objected with headlines such as these:

Youngkin’s New School Guidelines Restrict Transgender Student Rights What about the rights to privacy for the vast majority of students who want their rights protected?

From the Washington Post: Youngkin’s restriction on trans students’ rights is probably illegal, experts say. And more ‘experts’ will say they are not.

Yes, Youngkin’s new policies are sane. Our childrens’ rights to privacy should be protected in public schools.

Governor Youngkin moves to protect students in our schools and the MSM goes crazy was last modified: September 25th, 2022 by Jeanine Martin

I will repeat……..who is he trying to protect? And from what?

I’d like to thank the MSM for giving Governor Youngkin an even bigger megaphone. However, it is still disconcerting to hear the banshees wail because of a speedbump on their path to eating childrens’ souls. Democrats have become evil incarnate.

Virginia Democrats seek to strip protection from biological boys and girls. That is the real story Washington Post. Transgenderism is being pushed by democrat perverts and woke creeps in the news media.

He isn’t protecting anyone from anything.

You need to pay more attention.

Are you actually expecting anything other than a dopey contrarian one liner from JDM? He may be a troll, but he is a consistent troll!

Spoken like a true pervert. Got to keep the grooming going don’t you.

grooming……………..good God, to think that is really WAY WAY out there

Go get em Youngkin. You are doing the exact correct thing in protecting our children. The morons in the press are satanic idiots who have been Emotionally Terraformed and just spew their idiocy as if they believe it is the word of God coming out of their mouths. Give em hell my friend. We need more men like you and Ron Desantis who won’t be bullied by the MSM stupidity !!!