The Governor's Next Move on Medicaid Expansion 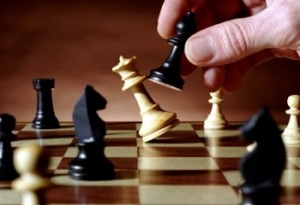 After last week’s grassroots victory in slamming the door shut on the most obvious avenue for Virginia’s Governor to expand Medicaid on his own, all sides are taking stock of their next moves.

For the best recap of last week’s events published so far, check out this article from the Washington Post’s Laura Vozzella. It details the chain of events ending with Governor Terry McAuliffe and the Democrats complaining bitterly that Republicans closed the door on Medicaid expansion in Virginia—up-ending a carefully crafted deal orchestrated by then-Governor Bob McDonnell in 2013 to secure passage of his signature tax hike and transportation package.

Since then, the General Assembly delivered the #BLACKorBUST budget to McAuliffe on Sunday, starting a seven-day clock for him to respond. There has been a lot of speculation about what the Governor will do, as there are now really no great options for him.   It is becoming increasingly apparent that his previous strategy to expand unilaterally relied heavily on the open-ended appropriation in the portion of the budget amended by the #BLACKorBUST effort.  Thus, it is possible (and some even say likely) that McAuliffe will keep his campaign promise of not signing a budget containing Medicaid expansion by literally just waiting the seven days before it becomes law without his signature.

Otherwise, his basic options appear to be as follows.

Line-Item Veto. Democrats are saying they believe the Governor has the authority to line-item veto the blocking language. Sen. Creigh Deeds (D-Bath) has publicly urged the Governor to exercise this power, explicitly recognizing how critical the language first brought to light by The Bull Elephant is to the Governor’s ability to expand Medicaid:

If the amended language is stricken, and the General Assembly fails to muster the two-thirds vote to override the veto, the governor can continue to explore ways to expand Medicaid and close the coverage gap,” Deeds said. “At this point, there is not much for him to lose if he can find a way to line-item veto the amendment out of the budget.”

The problem here is that the Governor simply cannot do what Deeds is asking of him.  The beauty of the “#BLACKorBUST 2.0” amendment crafted by Sen. Richard Stuart (R-Stafford) and others in the Senate GOP caucus, and carried to the floor by Sen. Bill Stanley (R-Franklin), is that it was a two-step process: it first deleted the appropriation, then replaced it with the blocking language. So, if McAuliffe vetoes the blocking language he is still left without an appropriation to pay for expansion. Moreover, line-item vetoes generally are not available except for an appropriation “item,” and the language here clearly does not constitute an “item” as defined by the relevant Virginia Supreme Court precedent. So going this route would risk a court battle on the question—while still not avoiding a government shutdown. If you think Sen. Deeds and his colleagues are showing some desperation by backing this play, you’d be right.

Veto the entire budget. If the Governor vetoes, the House could override it with the necessary 2/3rds majority, but the Senate never will, thus killing the budget.  What comes out of this scenario depends on the resolve of House Republicans on the next iteration of the budget.  Our sources have indicated the Governor believes he has “a lot” of Republican support in the House for Medicaid expansion, but he clearly does not yet have anywhere near a majority of the body.

In this scenario, there may be some temptation to try to go back to the budget McAuliffe was prepared to sign, before #BLACKorBUST.  After all, according to House leadership, the Stanley amendment wasn’t necessary to stop the Governor from acting on his own.  I’ve already laid out why I think that’s too risky.  But you wouldn’t have to believe me…if McAuliffe vetoes on the basis of this language, that tells you all you need to know; a veto says he has no other option to get to him to his goal, and that he had been relying on the language now made unavailable to him.

Suggest amendments. The Governor has the option to send the budget back with suggested changes that can be accepted or rejected. We assume that the only changes that would get agreement from both the House and the Senate would not deal with greasing the wheels for Medicaid expansion, so the suggested amendment route is unlikely to change the outcome.

Creative Alternatives. There has been some speculation that, if the Governor can get over the line-item veto hurdle on the blocking language, he can still attempt some sort of administrative end-run around the need for an appropriation. Jeff Schapiro suggests some sort of public/private partnership, with McAuliffe making a side deal with the feds on how the Obamacare dollars would be delivered. Yet even Schapiro acknowledges that this kind of scheme still faces difficulties (“tricky considerations”) without an actual appropriation. Another alternative has been floated by Paul Goldman, the former Democrat operative and occasional writing partner to our buddy Norm Leahy. Goldman’s suggestion appears essentially to just to name a blue ribbon panel chaired by former Gov. Doug Wilder to deal with the issue.

There is also talk that McAuliffe could get creative with the remaining time left in this year’s budget. Left out of most of the reporting on last Thursday’s session is that the very same language struck by the #BLACKorBUST effort in next year’s budget remains very much alive and well in the existing budget, which expires June 30. Under this theory, the Governor bypasses the MIRC and expands on his own, and with help from a friendly Obama administration somehow arranges for this year’s appropriation to fund Medicaid coverage in future years. Most experts with whom I have spoken do not consider this a viable option, not the least reason for which is the plain language of the Stanley amendment that, as of July 1, requires all Medicaid expansion dollars to be expended only in accordance with appropriations passed on or after July 1. 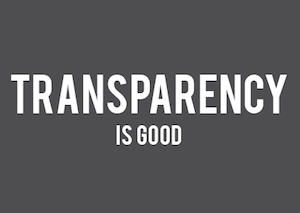 How this ultimately turns out remains unclear at this point. Among the experts with whom I’ve spoken there is a consensus that the Governor could have expanded Medicaid but for the #BLACKorBUST amendments. This is borne out by the angry reactions among Democrats, who appear to have expected the so-called “clean” budget was going to give them everything they needed. There is also a consensus that the Governor may yet be able to exploit as-yet unknown legal ambiguities and certain political opportunities (i.e., the CYA impulse in Richmond, and the desire within the Obama administration to get the program rolling) to ultimately get what he wants.

One thing is definitely clear from all this: there is a stunning need for increased transparency in the way that we deliberate and pass legislation.  Virginians should never again be surprised by what is in their laws.  That starts by requiring reforms ensuring that legislators can’t say they’re surprised, either.

The Governor's Next Move on Medicaid Expansion was last modified: June 19th, 2014 by Chad Ochocinco

[…] we understand the situation, though, this will not work for two main reasons. First, as we detailed yesterday, even if his line-item veto of the #BLACKorBUST language works, he is still left without an […]

The smart political play is for T-mac to submit amendments putting the language stripped last Thursday back into the budget, point out that this is the same budget language the Republicans wanted all along, and point out that he is agreeing to handle Medicaid in a separate session.

If Republicans in the senate do not hold the line on the Stanley amendments then we have the obstructionist House preventing passage of the budget that both the Senate and the Governor agreed upon.

If both the House and the Senate cave, then we have a budget, and T-mac looks reasonable. He then uses the bully pulpit during a special session regarding medicare. When the House and Senate do not pass expansion, T-Mac goes back to unilateral expansion because it is “the right thing to do.”

If the plan fails, then T-Mac is not any worse off, he looks somewhat reasonable about the budget, and he can justify a veto.

Our job in this scenario is to make sure the Senate holds the line.

Well #GovMcAwful did have an unscheduled White House meeting yesterday ….looking for some federal help to by-pass the MIRC before the end of June??

Isn’t the General Assembly McAuliffe’s current problem? He has to find someway to get around the GA.

Well, well, well. #GovMcAwful just DID get rid of the MIRC!

Another alternative is for McAuliffe to brazenly defy the law and dare Republicans to stop him.

That strategy has been staggeringly effective for Obama and it wouldn’t surprise me to see McAuliffe try to replicate it.

Agree! So far, McAuliffe and Herring seem to want to act like Mini-Me’s for Owebama and Holder.

Yes, but the Congress is NOT the Virginia legislature.