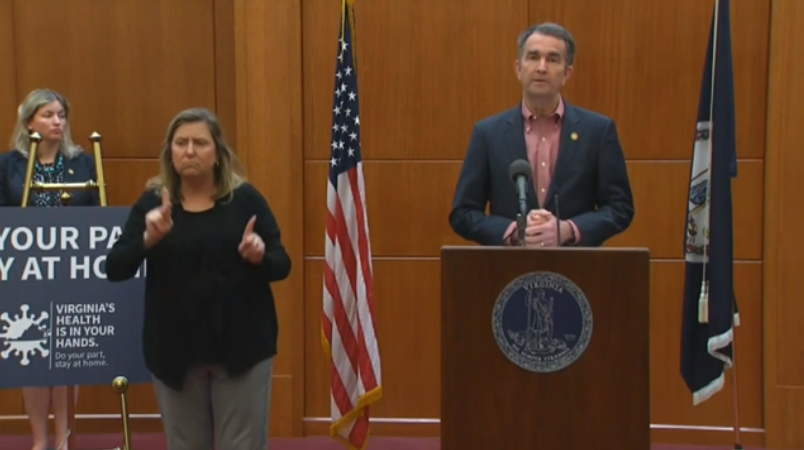 I watch so you don’t have to

The Governor said little of interest today but for a couple of things. Mostly he talked about what a great job his team has done with testing and more testing. Did you all know how important testing is? Northam and his team told us today, over and over.

He wouldn’t say if any businesses are going to be allowed to open on May 8th. Nor would he say if certain regions of the state would be opened before others. His new business task force, with members of large and small businesses from across the state, has now met twice (!) and is looking into that.

Did I mention Virginia’s doing great on testing? That, combined with all of the excellent rules the state has mandated, have made it so elective surgeries, dentists, and veterinarians can resume business on Friday. I’m hoping that also means ophthalmologists’ offices may open, and so many other medical businesses that have been shut down.

The Governor also said they are working hard to get K12 schools open in the fall. That’s good, because some school systems, like Fairfax County Public schools, just can’t seem to figure out this new-fangled learning via computer. They continue to fail after multiple attempts. As a result, 200,000 students in Fairfax have had no education since March. (They probably didn’t miss much, considering how bad our public schools are.)

One thing that I found to be of interest, the state is now compiling COVID-19 data by zip code and that information should be available in a few days. (Perhaps that will settle the debate over whether there are any COVID-19 cases in Western Loudoun county. I suspect there may be a couple, but not many more.)