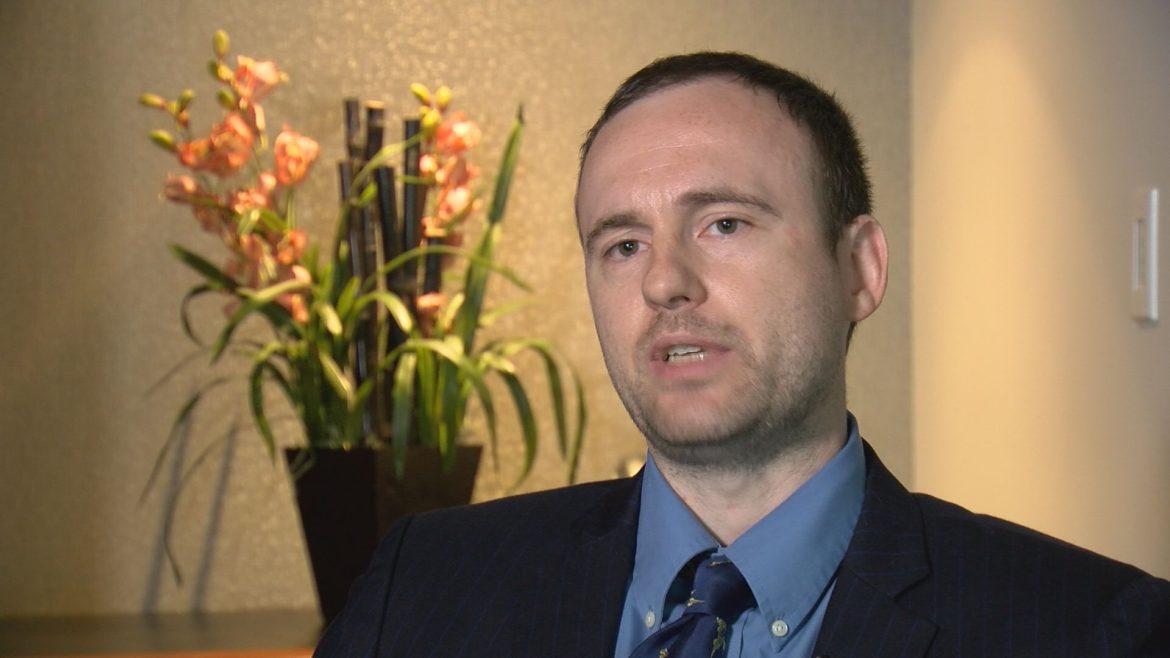 Governor’s race could come down to libertarian spoiler

With just six weeks to go before the November 8 General Election, polls are all over the map on how the gubernatorial, Lieutenant Governor, and Attorney General races will turn out.  Some polls show Democrat Ralph Northam with a 10-point lead, while other surveys show a tight race with Republican Ed Gillespie.

Of course, none of us activists should even be concerned with polls.  We need to work for GOP ticket with enthusiasm and zeal regardless of what the pollsters want us to believe.

But while we remember how wrong the polls were in the Trump-Clinton election, we must remember they were wrong because they were looking by and large at “likely voters” and Trump attracted a whopping number of “infrequent” voters.  In a gubernatorial election, polls can be very accurate, especially in the last week of the election because of lower turnout.  Turnout in Virginia gubernatorial races is between 40 to 45% of registered voters.

As we rally behind the Gillespie-Vogel-Adams ticket, and our General Assembly candidates, we also have to recognize there is a spoiler in the race – libertarian Cliff Hyra.  In one poll, Hyra is shown getting 3% of the vote, which could be critical if the Gillespie-Northam race is tight.  Some 12% of the electorate in one recent poll remain undecided.

I am concerned that Hyra, despite being underfunded (at this point), could be a potential “protest vote” by tea party conservatives and Corey Stewart voters, many of whom see Gillespie and Lt. Governor nominee Jill Vogel as “establishment” candidates.  In one poll, Vogel is shown trailing Democrat Justin Fairfax by 5 points, though Jill is running a more aggressive campaign, including with her TV ads.

As we saw in the 2009 governor’s race, when Ken Cuccinelli came up fast on Terry McAuliffe in the last days of the election and lost by 2.5 percentage points, one key factor in his loss that year was Robert Sarvis, the libertarian candidate.

Sarvis, who wound up with an infusion of cash from a Democrat-linked PAC in the last few weeks of the election, captured 6.52% of the vote.  In 2014, when Sarvis ran for Senate as the libertarian candidate, he garnered 2.3% of the vote. Gillespie, as we recall, lost by 0.82% to incumbent Democrat Mark Warner.   Some observers say Sarvis actually cost Warner votes in 2014.

But the lesson here is that Sarvis was largely ignored by the major candidates in the 2013 and 2014 races.  Should Gillespie ignore Hyra, especially given the fact outside groups could step in with cash for him later to tip the scales for Northam (if needed)?

In the New Jersey governor’s race in 2009, Republican Chris Christie faced two candidates, too.  Democrat incumbent John Corzine and liberal Republican/independent Chris Daggett.  Rather than ignoring Daggett, Christie took him on AND Corzine, and won the race.

New Jersey political dynamics, of course, are different than those of Virginia.  In Virginia, the problem for Republicans, as I noted in a previous post, is the growing addition of nonwhite and Northeastern liberal voters in Northern Virginia, which has given Democrats a voter advantage.

No Republicans have won statewide races since the McDonnell-Bolling-Cuccinelli election in 2009.  That year, Bob McDonnell and Bill Bolling not only won Prince William and Loudoun counties – necessary for any GOP candidate to win statewide – but heavily Democrat Fairfax County.

Unless Republicans are registering lots of new voters in more-conservative parts of the state, and can get them to the polls November 8, Democrats have a distinct advantage, particularly given the unpopularity of Republican President Donald Trump in Northern Virginia and urban areas of the state.

It is probably too late to get Hyra off the ballot, even if he bowed out.  Hence, his name is there for folks dissatisfied with Gillespie, or even Northam, to make a protest vote.  It would be a shame if this happens and tilts the election to Northam, who is the most lifeless gubernatorial candidate I have ever seen.

So, it just might be necessary for the Gillespie campaign to have a strategy to deal with Hyra, particularly if Democratic-leaning PACs put money in his race.  Hyra has, for example, opposed the ban on transgenders in the military, which could be a good issue to use with values voters.

Sarvis was indeed a more skilled candidate, but out-of-state money is already a factor in Northam’s fundraising advantage, so why wouldn’t some anti-Trump/Democrat PAC not try to help Hyra?   Democrats are just dying to deal Trump a one-two-punch by winning both the New Jersey and Virginia governor’s races.

I personally feel our candidates should embrace Trump’s policies, not walk away from him.  Trump’s policies on tax reform, immigration, infrastructure and defense are all important for Virginia – a huge military state with dire transportation needs, plus a serious problem with illegals and gangs.  However, I also recognize that our statewide candidates and General Assembly candidates need to stress the state issues and don’t wish to get entangled in national politics.

I urge all Republicans to help our ticket with cash and volunteer time and don’t put too much stock in polls.

Guest Post from Bob Shannon in Response to the Ken Reid TBE Article on Hyra | Virginia Right! October 1, 2017 at 2:02 pm

Don’t blame Corey Supporters for Cliff whats his face. Corey’s people are certainly very much on board with Jill Vogel. If they don’t vote for Ed., they’d either write in Corey, or just not vote, or “undervote”.

And I don’t think the libertarians are gong to engage the Tea Party voters. There are a number of issues of disagreement.

I think the fact that there aren’t polls showing Northam up by 15 points indicates this race is close to a tie right now.

The problem is Gillespie isn’t Cuccinelli. Where Cuccinelli was a positive change, Gillespie is more of the swamp. If Gillespie somehow manages to win we won’t see any reduction in the size and scope of government.

Never confuse the Bull Elephant with anything other than a cheer leading squad for the Republican Party of Virginia. They would endorse Maxine Waters if she ran as a Republican in Virginia. As the title suggests: There is certainly a lot of BULL In that Elephant.

Tight in the polls, eh? This is why everyone running for the office should be in the debates, like some of us said before the race started.

Now what you have is an outsider eating free votes. Little late now. Guess Ed is discovering that having those unknowns in the debate is more important to a major candidates electability than leaving them out. Ed could have included Hyra. Maybe he should have, If for no other reason than displaying contrast to the voters. In a one percent race, leaving three percent on the table is a sure way to lose. Good luck with that.

Ballot blocking is a subtle form of voter fraud if — and only if — it serves to squelch voices that should otherwise be heard, clearly the case here in the home of Libertarian thought. Let every candidate bloom and draw the votes that prefer that choice.

No politician or party is entitled to any voter’s vote. Go earn them.

So the big question is…what have Republicans done lately to earn votes from conservatives and libertarians?

People need to stop repeating the garbage that Rob Sarvis got help from a Democratic PAC in 2013. That was a Libertarian PAC.

Agreed, but it fits with the narrative that they are trying to promote. Libertarian candidates are secretly funded by Democrats to lure away typical Republican voters in order to steal or spoil the election.

Not only that, this column doesn’t even get that myth right. The money in question was not “an infusion of cash…in the last few weeks.” Anyone could have seen the donations on VPAP for months.

Maybe there was a different donation that was in the last few weeks – ?

Why are you speculating about something knowable? If it happened, it is on VPAP.

Ugh. This is pretty bad. “It is probably too late to get Hyra off the ballot”? 10,000 registered voters signed petitions to get Hyra on the ballot but because the author thinks he might “spoil” the election for Gillespie, we ought to find some way to remove him? I hope that most of my fellow citizens in our representative democracy find this idea repugnant. If Gillespie loses, which I assume he will, it isn’t Hyra’s fault or the fault of the people that voted for him. Whether they are supporting Greens, Libertarians, independents, or something else, people have the right to make their voice heard, even if you don’t happen to personally like the candidate. No, if Gillespie loses, it is because he either wasn’t the best candidate, didn’t run the best campaign, or because voters don’t like the idea, as suggested here, of suppress competition.

Or or or, if the author could just those damn “nonwhite” voters out of the way……Wwwwwwow

Poll taxes and literacy tests to fight all the voter fraud!

Wow… Hyra does not support transgender ban, and y’all want to make that the centerpiece of an attack on him. No wonder the VAGOP is adrift. This race is for Governor of Virginia, which has ZERO impact on the US Military. Come up with a policy difference that a governor actually influences and is important to VA voters. And by the way, if you aren’t winning 99% of the people who fear a military full of Klingers, the race is already lost. I need to stop giving the GOP free advice and just enjoy their descent.