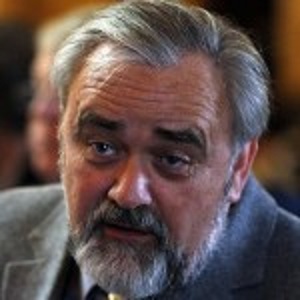 McAuliffe’s blocking of this legislation will result in thousands of ineligible voters remaining on the rolls.[read_more]

The bill, introduced by conservative champion Del. Mark Cole (R-Spotsylvania), would require that the officials in charge of assembling jurors for jury duty provide a list to the local voter registrar of the individuals who were excused from jury duty for certain reasons that also make them ineligible to vote. This would allow the registrar to perform the critical function of updating the voter rolls to include only eligible voters.

For instance, if a county resident were summoned for jury duty but was then excused because the person is not a citizen of the United States, the registrar could then ensure that person was not allowed to vote in our elections and thus cancel out the vote of an American citizen. Likewise, if the potential juror disclaims residency in Virginia (i.e., he/she says she is now resident in Florida), this measure would help ensure that person would not be able to vote twice.

This practice is already customary in several localities in Virginia. Testimony on the bill before the House Privileges and Elections Committee indicated that, where it is already practiced, this procedure has facilitated the removal of thousands of ineligible and illegal voters from voter lists in recent years. The bill would merely have made this voluntary practice mandatory.

So why would McAuliffe veto this? According to Del. Cole, “It seems that this administration has little interest in removing ineligible voters from the voter list.”

That seems an understatement, of course. Democrats routinely count on ineligible voters to cast their votes as often as possible. What isn’t known, and likely cannot possibly be known given the lax identification requirements for registering to vote and casting that vote, is how many ineligible voters have cast votes in recent elections. For instance, current Democrat Attorney General Mark Herring won his office over Sen. Mark Obenshain (R-Harrisonburg) in 2013 by a margin of just 165 votes on the final count. It is not a stretch of the imagination to believe that Herring benefited from the votes of more than 165 individuals, out of the over 2.2 million who voted, who were ineligible.

In other words, it seems as likely as not that Herring’s election was illegitimate. Democrats will, on the one hand, howl about how concerns of election fraud being overblown because of the relative paucity of proven cases, but on the other hand they will turn right around and make every effort to ensure provable cases can’t be detected by quashing measures like Del. Cole’s.

Of course, this just underscores the necessity of holding onto a rule-of-law majority in the Senate this year, and regaining the Governor’s mansion in 2016.

But in the meantime, kudos to Cole for leading on this issue, and shining a light on the willful corruption of the electoral process by those who clearly benefit from it on the other side of the aisle.