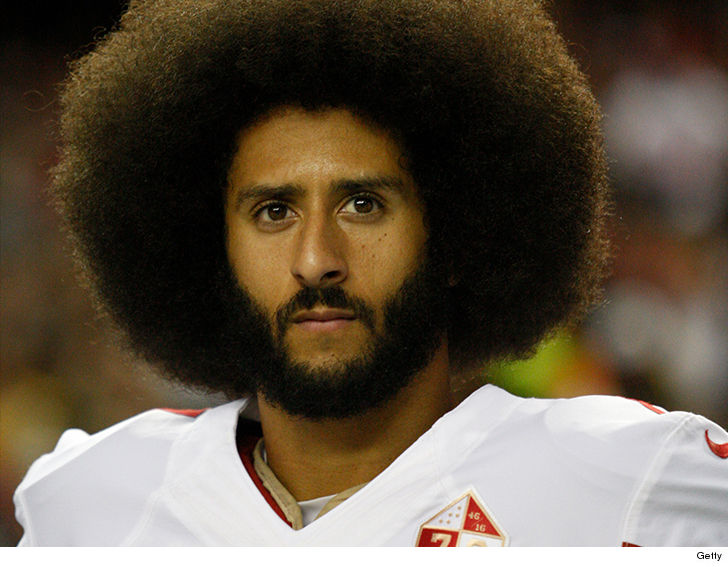 Yesterday GQ Magazine came out with their â€œCitizen of the Yearâ€, NFL washed up QB Colin Kaepernick. Â In explaining their rationale for having this mediocre malcontent be their COTY, GQ says and I quote: â€œBut a simple act â€“ kneeling during the National Anthem â€“ changed everything. Â It cost him his job. Â It also transformed Colin Kaepernick into a lightning rod and a powerful symbol of activism and resistanceâ€.Â Â

Forgetting the obvious here (no one has the right to a job), the fact is that all Kaepernick is doing is harming his former employer and his former and possibly future teammates. Â Numerous players and league analysts have come out and said that Kaepernickâ€™s problem is not his stance on an issue, but the fact that he canâ€™t play at the NFL starting level, and that no employer would put up with Kaepernickâ€™s circus for a backup position. Â Read this from Joe Montana, who knows something about playing QB in the NFL and what it takes to win. Â Â There are dozensÂ of testimonies like Montanaâ€™s. Â Kaepernick has embarrassed himself and the league and the NFL players. Â However GQ has now decided they want to be embarrassed along with everyone around C K. So let us in the spirit of Christianity and the upcoming Thanksgiving and Christmas seasons offer GQ a bit of help. Â Let us list other people who were more deserving of â€œCitizen of the Yearâ€ in 2017.

Â 2. Houstonâ€™s own Redneck Navy. Â Contrary to what liberals like to think about Southern men, during Hurricane Harvey, a group of white fishermen from all around the Deep South took their boats into downtown Houston, which was under several feet of water, and rescued dozens if not hundreds of stranded people during Hurricane Harvey. Also called the â€œCajun Navyâ€ because the overwhelming majority of them came from New Orleans. The Redneck Navy is still in Houston trying to help victims of Hurricane Harvey. Â Many of the men who made up the â€œCajun Navyâ€ know that the residents of Houston will now need people to help rebuild lost houses.Â

3. Capitol Hill Police Officers Crystal Griner and Special Agent David Bailey. Alexandria city Police Officers Kevin Jobe, Alexander Jensen, and Nicole Battaglia for their bravery when Congressman Steve Scalise and his staff were shot back in June 2017. It should be mentioned here for the for the record that Officer Griner is an African American officer and has a same sex partner. Â So why GQ missed her is beyond me. Â Maybe black women should not be allowed to have guns in liberal land?

Quite frankly the list is endless. Surely some of you have options here which are as good as or better than mine. Â Iâ€™d love to hear them. Â As would everyone else at TBE.

Itâ€™s GQ, teaching metrosexuals how to be politically fashionable, another example of the death throes of the mainstream media.

GQ knows what they are doing… they are being intentionally provocative by jumping into the culture war and taking sides against half the population. The free publicity will be short-lived, but the insult to some of their subscribers will be long remembered. Bye Felicia