Today, the sponsor of the House version has withdrawn it. 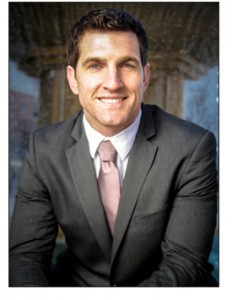 Delegate Scott Taylor (R-Virginia Beach) announced earlier today that he has asked the Speaker of the House to withdraw his bill that would have required political parties in Virginia to nominate all statewide and General Assembly candidates via state-run open primary.

This comes on the heels of a virtually unparalleled wave of grassroots activism over the last week aimed at killing this type of legislation, and represents a huge victory for conservatives in Virginia, and for the First Amendment freedoms of the GOP.

But it does not come without strings attached. Del. Taylor in particular was motivated not by animus to the grassroots (unlike some of his colleagues who have long sought to bar nomination methods that give voice to the grassroots), but instead he is driven by a deeply held view that nomination contests that necessarily exclude military participation are “unconscionable.”

This view is mistaken. Political parties are private organizations and, barring 14th amendment considerations such as instituting race-based disenfranchisement, may freely choose how they wish to operate–without any consequences other than where it counts most, at the ballot box. This is the way it has been for 200 years, a period throughout which Virginia has also had military members stationed outside her borders or otherwise unable to attend conventions or political meetings. The free exercise of the rights to free speech and free association is not an affront to military members.

That said, like Del. Taylor and others, I believe that the courage and sacrifice of those who answered their nation’s call deserves to be honored and rewarded. As a military veteran and a member of the Republican Party of Virginia’s State Central Committee, I am committed to making this happen, and am already working with my colleagues to ensure that our bylaws are amended to facilitate greater participation by active duty military members in our nomination contests. This latest episode has crystallized this issue for a number of my colleagues, and I believe we can do this without compromising the integrity of our rules or processes, and that we can do it quickly.

I will keep the readers of The Bull Elephant updated on our progress.