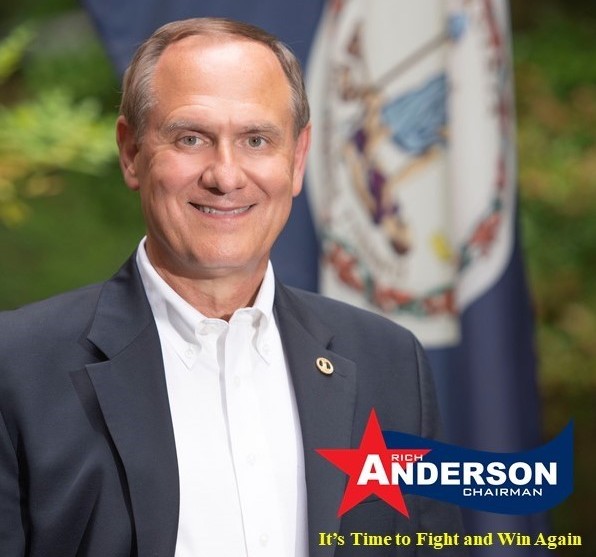 Rich Anderson has won the Chairmanship of the Republican Party of Virginia.  All the results of the State Convention can be viewed here.

Only amendment 4 passed because 75% of the vote was required to pass any amendment.  Patti Lyman will be our new National Committeewoman.  She won 62% of the vote.  The electors will be EW Jackson and John Selph.  On the first ballot  Rich Anderson lead with 48.80% of the vote, followed by Mike Schoelwer with 32.25%, and Jack Wilson with 18.95%. On the second ballot the results were a win for Rich Anderson with 62.28% of the vote.

It was a great day for the grassroots in Virginia!