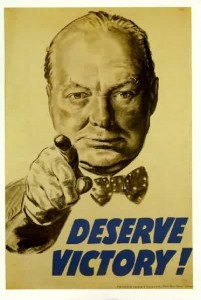 With Senator Dick Black (R-Loudoun) taking the lead, Virginia Republican legislators last night scored a great win in stopping the expansion of Medicaid. This was a win for grassroots conservatives across the state, who mobilized on Sen. Black’s call to take advantage of a new Republican majority in the Senate.

This well deserved victory followed ten hours of backroom wrangling yesterday, and countless hours of research and writing at The Bull Elephant over the last many months. This victory produced amendments passed by a unanimous Senate GOP caucus. This victory has the effect of reversing the enablement of Medicaid expansion included in last year’s budget.

We will have more commentary on this as we’re able, but for now, we’d like to thank Sen. Black for his tremendous leadership on this. Also deserving tremendous gratitude is Sen. Richard Stuart, whose lawyering skills on crafting #BLACKorBUST 2.0, the amendment that ultimately passed, was masterful. Majority Leader Tommy Norment gets credit for herding all the sheep in the right direction, as does Sen. Bill Stanley, for bringing the group’s effort to the floor. We will address in a later post the people who pushed hard against this at every step last night, right up until they were forced to take a vote.

If there is any doubt about what the grassroots accomplished last night, I’ll leave you (for now) with this, from the House Democrat Caucus, who are none too pleased with this conservative victory:

June 13, 2014 – 12:20am
Richmond, VA – Republicans just passed a budget that moves the Commonwealth backwards by denying 400,000 Virginians access to affordable health care…and undermines every inch of progress made by the bipartisan General Assembly last year on closing the coverage gap.”

I take that criticism as a badge of honor.