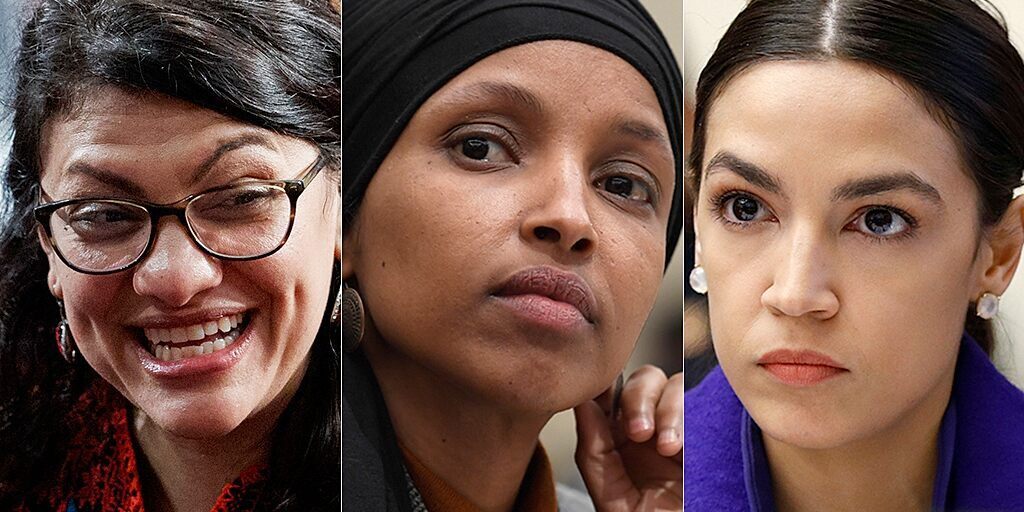 Congresswomen Omar, Tlaib and AOC, the new face of the Democrat party

Great News for Trump and the GOP in 2020

Axios.com – has released a new poll which shows that in swing districts around the USA, that Ilhan Omer and AOC are being more and more seen as the face of the Democratic party, and the voters do not like it.

According to this poll – AOC was recognized by 74% of the respondents, and has a 22% approval rating.  Ilhan Omar, was recognized by 53% of the voters, and has a 9% approval rating. This poll shows that the more AOC and Ilhan Omer spew their anti-American garbage, and the more they are seen as the face of the Democratic party, the more that voters in Middle America are likely to give the House of Representatives back to the Republicans.

So keep talking AOC about the Green New Deal – and Ilhan Omer – keep repeating how on 9/11, some people did something.  Because on November 5 of 2020, a few million people are going to do something – re-elect Donald Trump and put the GOP back in control of The House of Representatives.  For  more – read here:  https://www.dailywire.com/news/49475/not-typo-democrat-poll-shows-what-voters-think-ryan-saavedra