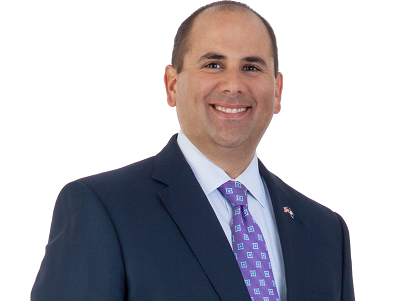 Delegate Greg Habeeb (R-Salem) is resigning his seat in the House of Delegates effective August 31st.   He is has been in the House for 7 years.  In resigning he said he believes in a citizen legislature and it’s his time to go.  He wants to spend more time with his family and his career at the Roanoke law firm Gentry, Locke, Rakes & Moore.  From the Washington Post,

Over the last few years, I’ve begun to take on a more significant role at Gentry Locke, culminating with my becoming an owner this year,” wrote Habeeb, who is married with three children. “Looking forward, there are some very exciting professional opportunities for my firm and me on the horizon. Those new responsibilities, along with the ever-growing responsibilities of being a Dad to my amazing kids and a husband to my incredible wife, make now the right time for me to step away.”

Habeeb’s resignation has the potential to upset the very small margin of control Republicans enjoy in the House, 51-49. There will need to be a special election to replace Habeeb but it’s unlikely a Democrat will win because the district is heavily Republican.  Last year Habeeb won the district with 64% of the vote.  President Trump also won the district with 62% of the vote.  Speaker of the House Kirk Cox is reviewing potential dates for a special election.

Another Republican, Del. Riley E. Ingram (R-Hopewell), is considering retirement when he completes his term next year.  He has been in the House of Delegates for 23 years.

BlueVirginia’s take on this VERY red district.   Hint, they don’t think Democrats will be able take this district in a special election.

How did he and Ingram vote on Medicaid Expansion?