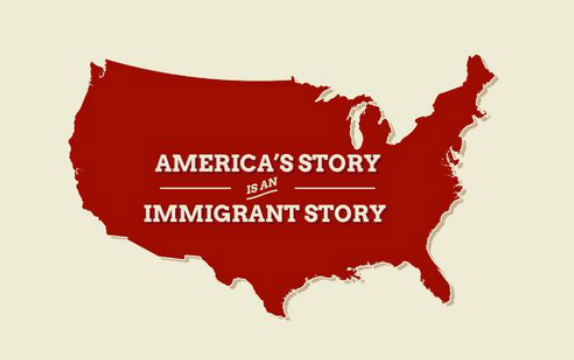 Back on July 30, deep in a comments section debate on immigration and the conversation Donald Trump has sparked, TBE’s Jeanine Martin had this to say:

Um…this was an ill-advised remark. I hadn’t seen it until yesterday, and I wish she hadn’t made it.  I bet she wishes she hadn’t either. I won’t defend what Jeanine wrote, except to say two things about it:

First, she’s not demeaning Hmongs or anyone else.  Calling this racist or some kind of slur is silly.  Nativist is a more legitimate charge, but when hurled as an epithet it really does nothing to lift the discourse (see below).  Second, looking at it in a broader context, here’s what she should have said, and what I believe she meant:

We have an immigration problem in this country, and Republicans and Democrats alike are failing to address it. Whether the immigration is of the illegal variety (which is hard for anyone to defend) or the legal variety, the way we’re doing this is broken, and it’s bad for America and in many cases bad for the immigrant as well. The Hmong are an example of this. (Though given the tragic nature of their history with the U.S., I’m sure there are better examples to be had).

But you know what else is broken? Our ability to talk about the immigration problem in constructive ways. Why? Because the leftist agenda requires unfettered immigration, and the only way to get that to happen is to make opposition to it as socially and politically unattractive as possible.  Ergo, advocates of stricter border controls are painted as racists in popular media, whether their rhetoric is bombastic or well-reasoned.

I once sat through a very informative workshop led by Shaun Kenney in which he talked about the idea of “expressive choice.”  Distilled to its essence, the concept is that many voters vote not on the basis of what is rational, but instead they make their political choices on the basis of how they wish to express themselves.  More importantly, such choices are made to affect how others perceive the voter.  Obama’s electoral success, argued Kenney, was based on his ability to make people want to associate themselves with his success…to bask in the shared and entirely justifiable glory of electing the first black president.

But it has a flip side, too.  No one wants to be perceived as clinging to a discredited, hated, and backward world view.  So, not only can a candidate or cause be served by drawing people to identify with it, it can also profit from helping to drive people away from identifying with the opposing cause.

The left is prolific in its use of this kind of tactic.  Isolating and demonizing one’s adversary has been almost the only play in the Democrat playbook for a generation.  Just think “War on Women” if you want to understand what I mean.

They’ve also been very successful.  So successful, in fact, that some in the Republican Party have begun emulating them.  With respect to immigration, this manifests in charges of “racism” and “nativism” for anyone who dares question the progressive/corporatist alliance on the immigration status quo.

When debate is stifled in this way among otherwise conservative people, who then is left to make the case to the American people?  Only those who really don’t care about offending people. 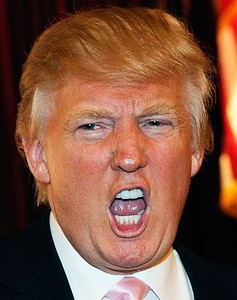 Is this the spokesman we want on immigration?

I’m a pro-immigration guy. High fences and wide gates is a good summary of my stance. Donald Trump does not represent my views on immigration, but because conservatives have been cowed by a zero-tolerance, walking-on-eggshells media environment dominated by PC police, he’s left as the only voice on the subject.

That suits open borders advocates just fine.  But people who call themselves conservative should rail at this kind of tactic that chills open discussion of legitimate, critical issues facing our country.  As we’re seeing right now, it doesn’t make the issue go away, but instead does terrible harm to our ability to have a necessary conversation.

So, while I don’t defend what my blog colleague wrote, I also reject the leftist-style zeal to purge and cleanse the discussion of those who don’t agree with liberal immigration policies.  If someone says something offensive, say so.  But please spare us the high-dudgeon of  point-scoring, self-interested, self-righteous indignation.