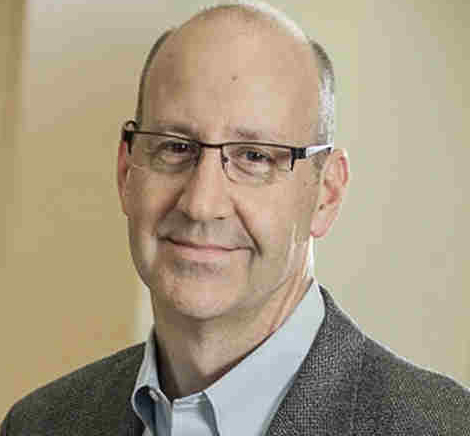 Growing our Party, Advancing our Values

A guest contribution by candidate for Republican Party of Virginia Chairman, Eric Herr.[read_more]

The Bull Elephant is pleased to provide a discussion forum for the Virginia Republican grassroots to examine the two announced candidates to replace the retiring Republican Party of Virginia Chairman Pat Mullins. In this piece, 1st District GOP Chairman Eric Herr discusses his vision for the Party. A corresponding piece from John Whitbeck may be found here.

As we reflect on exciting nationwide victories and a heartbreakingly close run in the Virginia Senate race, it is a good time to ask what we should expect from the Republican Party of Virginia, and how we can get what we deserve from our party officials and elected representatives. If you seek these answers, you will not find them in the “party plan.”

Huh? The dog shall chase his own tail until such time as he catches it? And the Chairman does what?

I propose we pursue the following vision and mission by executing a strategy that ties our goals to the methods and resources required to achieve them.

RPV Vision: Virginia laws and public policies at all levels of government consistently and clearly reflect the values and principles of the RPV Creed.

RPV Mission: Recruit and nominate candidates who embody the principles of the RPV Creed, help them win election to public office, and hold them accountable to implement the RPV Vision.

For your convenience…The Virginia Republican Creed:

We Believe:
That the free enterprise system is the most productive supplier of human needs and economic justice,

That peace is best preserved through a strong national defense,

That faith in God, as recognized by our Founding Fathers is essential to the moral fiber of the Nation.

How do we do this? Build the Party from the bottom up by recruiting activist at the local level who will dedicate time and money to advance the shared ideals outlined in the Creed. We must transition from being candidate-centered to being values-centered.

“I love Bob”, “Ken is great”, or “Bill is my man” are transitory fixations that lead to high turnover, low unit cohesion, interpersonal conflict, and poor performance in elections. Breaking this habit will require open arms at all levels. I have good friends who identify as Tea Party, Moderates, Paulians, establishment, and insurgents—all of us need to respectfully sit down together and craft a unified message to advance our shared vision.

Find candidates we trust. In most cases, we need not look any further than current Republican office holders. Across Virginia we have a treasure of talented and energetic elected officials who are working to achieve our vision. But good representatives often move up the political ladder, and even the best must end their service eventually. We must constantly look for new candidates to fill these holes and help them win elections.

Be faithful to our Ideals. Many good and honorable Republican men and women enter politics with commitment to our ideals and the energy necessary to achieve them. At some point in their careers, a few break faith with us or lose the fire in their belly. Those politicians transition to serving themselves or just serving out their time—but not aggressively advancing our vision. Without rehabilitating or replacing these office holders, we end up supporting a growing number of people like Will Sessoms, Charlie Crist, and Arlen Specter.

Ensure all Party processes are transparent and impartial—too often Party elections are used by elected officials or would be candidates to put “their man” or woman in leadership to put a “thumb on the scale” and produce the outcomes they desire. Party leaders must represent the bottom of the Party—powerful officials, lobbyists, and consultants already have representation. We must never “bend the rules” to “help” one particular constituency. Transparency is vaccine for this disease.

We need a statewide data collection and management system that is useable at all levels and capable of supporting victory not, just in statewide contests, but in local races as well.

We need training for our new unit leaders and our activists across the state so they can access that data and use effective leadership, messaging, and organizational skills to effectively grow our Party and win elections.

We need organization to stay abreast of current issues, understand and comment on pending legislation, and even propose policies and laws we believe in. Standing liaisons with issue focused non-profit groups would be a valuable addition to our Party organization.

Finally, we need resources—both money and volunteers—to make these things happen. This money should come from the people and the interests we serve.

One of the challenges RPV now faces—one that we can and will overcome—is the attempted marginalization and “bankrupting” of the party at the hands of some in the professional consulting class and their misguided adherents. This challenge is not surprising, and is indeed inevitable as we build a Party that serves the people—a Party that listens to and works with the Republican grass roots. That is the kind of Party I want. 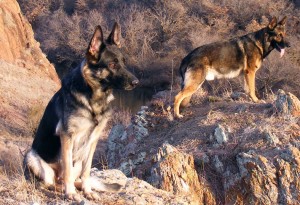 I totally support working hard for our elected officials and helping them win legislative battles and elections. But the Republican Party of Virginia should not be a lapdog that is beholden to any elected official who has an “R” behind their name and a check in their hand. Instead, we must be the watchdog that protects and advances the values we claim in our Creed.

Together, we can give The Republican Party of Virginia a powerful voice. We can make it a bulwark against growing government, debt-financed budgets, corruption of free markets, oppression of free enterprise, expanding regulations, and the continued erosion of our liberty.

I believe we can do all of this, and I would be honored to lead the fight by building on my previous experience and successes as a leader and team builder.

When I was elected Chairman of the Stafford County Republican Committee, we were saddled with a Democrat majority on our Board of Supervisors. When I left after 3 years, not a single Democrat held County Office.

As Chairman of the First Congressional District, we pulled off the most successful district-wide fund raiser in 7 years. We instituted a training program for our unit chairman and took that program to the RPV Advance in 2012 and 2013 to share it across the Commonwealth. In fact, the 1st District supplied more trainers for breakout sessions at the last two PRV Advances than any other district. Bottom line: we won two Congressional Elections, won the district for Romney, Allen, and Gillespie, and expanded Republican representation on county boards across the district.

As a State Central Committee and Executive Committee member, I led the process and whipped votes to make two important changes to the party plan. One removed the onerous and expensive requirement to publish calls in the same newspapers that fight us on conservative issues. The other greatly expanded opportunities for our uniformed service members to participate in mass meetings and conventions—this was done hand-in-hand with Congressman Wittman’s office and the Department of Defense General Counsel.

Finally, I served as Credentials Committee Chair for the last two state-wide conventions. In 2013 in Richmond, I fixed the check-in process to eliminate long lines and confusion. In 2014 in Roanoke, I preserved the smooth check-in process and took on the responsibility for balloting. We eliminated the egregiously long wait for results, had accurate numbers back to the convention in record time, and saved the Party nearly $30,000 by doing it ourselves instead of hiring an outside contractor.
I helped make all these things happen not by doing everything myself, but by recruiting, motivating, empowering, and leading a team of activist who wanted to see our Party succeed. The credit goes to them, just as future credit will go to them and the many new activists that will transform our Party into the most import force in Virginia politics.