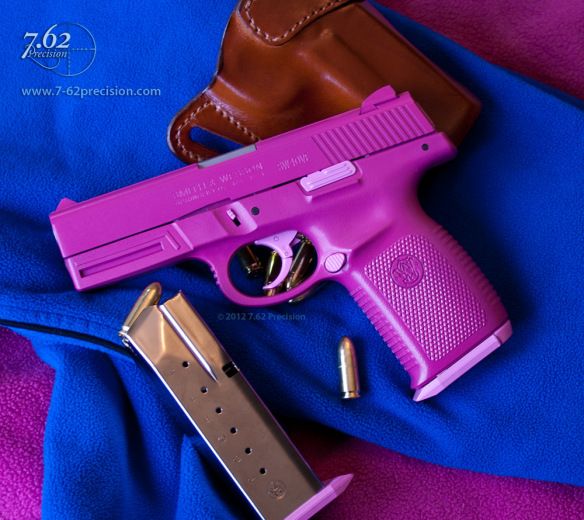 Gun Ownership Rises to 44% of Homes

According to a Pew Research poll released on Friday, 44% of American homes have a gun and 51% do not.  (Are the other 5% unsure if they own a gun?) The 44% is an increase after decades of decline in gun ownership.  Gun manufacturers are appealing more and more to women. More here.

And I suppose the good thing about owning a pink gun is that you’ll never have to fire it.

The criminal will die of laughter….