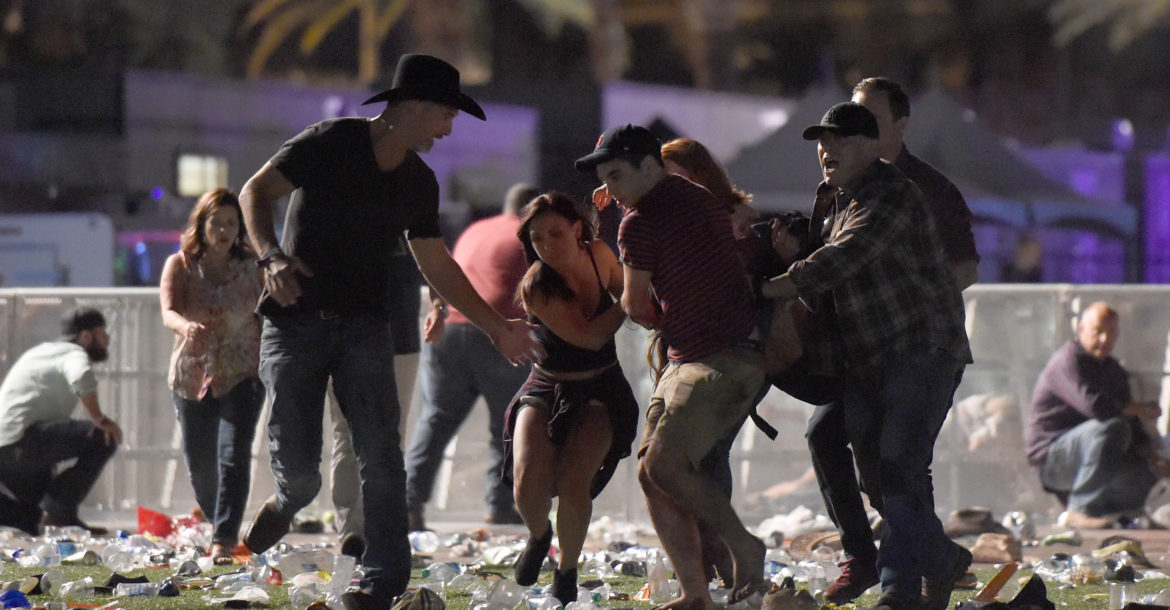 Via The Daily Caller

Now, the debate over gun control isn’t nearly so cut and dry. The Constitution could not have predicated F-14s, Tanks, and automatic machine guns, nor numerous other implements of modern warfare. While it grants us the right to bear arms, it requires no great stretch of the imagination that the founders were referring to standard military fare such as rifles and pistols. Though, there is little to no historical evidence that civilians owned, carried, or practiced with cannons. Would they also have guaranteed the right to nuclear warheads and automatic weapons? Does the second amendment secure the rights of citizens to possess any and all weapons?

I own a semi-automatic .45 caliber Glock. Laws preventing me from possessing or owning nuclear warheads, automatic weapons, or grenades does not infringe on my right to bear arms. I’m still able to carry and keep a weapon for my own personal self-defense and the defense of my home and property.

Conservatives and Libertarians have been gnashing their teeth today as Republican Congressmen and Senators consider banning Bump Stocks, a mechanism added to semi-automatic weapons to make them nearly automatic. However, the Constitution says nothing about a right to any and all add-ons to our arms. You could not mount a rocket-launcher onto a rifle and claim that this is standard fare.

The argument from the right has been that if we ban Bump Stocks, what’s next? Semi-automatic weapons? They did it in Australia. They are talking about it on NPR and CNN right now (as a matter of fact).

Those familiar with the phrase “Slippery Slope” understand that there is an important third word that ought to be added to the end – and that word is fallacy. Arguing that banning Bump Stocks puts us on a slippery slope to banning all guns is a logical fallacy. There is no reason to believe that such a thing is likely to take place. There would be mass panic, fire-fights between US Citizens and police officers or federal agents. Tens of Thousands of Americans would die. It’s not going to happen. Why do you think that when Democrats, who want to look as if they are tough on guns, choose totally arbitrary items to address? This grip, but not that grip. This color, but not that color. This appearance, but not that appearance. They know they can’t round up the guns, but they have to make a good show of it for their base.

Because of the 10th Amendment, States have a great deal of latitude with regard to the regulation of firearms, which is why the NRA spends the vast majority of its wealth lobbying State Representatives, as opposed to Federal Representatives. It’s also why the NRA is not prepared to prevent the ban of Bump Stocks.

For those who want to argue that Bump Stocks will protect us from a tyrannical government, you need to do your research. In a fight between citizens with Bump Stocks and well-trained US military personnel, the Bump Stock Resistance would be woefully disadvantaged and inaccurate and they would die quickly.

To become a public school teacher in the United States of America, you have to get finger-printed and go through all manners of background checks. Should gun ownership really be treated to a lower standard? Again, with background checks we hear the cries of Slippery Slope! Again, it’s a fallacy. Background checks do not put our right to bear arms at risk. It is simply a check and balance against criminals and madmen (and don’t get me started on the lack of mental health background information in this country) accessing dangerous weapons. Most of these domestic terrorists suffer from some kind of mental health disorder and are often already on psychotropic drugs.

When Republicans use the Slippery Slope argument in defense of the often indefensible, they appear unreasonable and reactionary to the average citizen who values our Second Amendment rights. Alas, because of liberal rhetoric, they have convinced us (with their own totally dishonest rhetoric) that they want to take all our guns. It’s like Republicans telling the country that they wanted to repeal and replace Obamacare. They completely freaked out the liberal-wing of the Democrat Party. How were they to know that moderate Republicans knew all along they would never allow the ACA to be replaced?

Republicans need to embrace a thoughtful and well-informed debate about Bump Stocks and Background Checks. It’s the smart thing to do. Hell, it’s the right thing to do (which I know is meaningless to most of us interested in politics). I think it would be wrong of the US Congress and Republican Leadership to pass legislation in a reactionary response to a national tragedy. We should study the situation, inform the citizenry, and have a mature national debate about the next steps we should take as a nation to make sure that what happened in Las Vegas, Nevada doesn’t happen again.

Look, gun violence is the price we pay for some of our liberties. This is a grave truth about our conservative position on the right to bare arms. This many guns in the hands of untrained and irresponsible, sometimes mentally unstable people, is bound to cost some of us our lives. As cold as it seems, if Republicans were honest with themselves, they could utter the words, “This is the price we pay for freedom and it’s terrible – but the absence of freedom is worse. Study history.”

Let’s pray for the victims in Las Vegas, let’s inform ourselves regarding Bump Stocks and Background Checks, and let’s engage in a national debate. I look forward to your informed and thoughtful response to this public plea for debate.