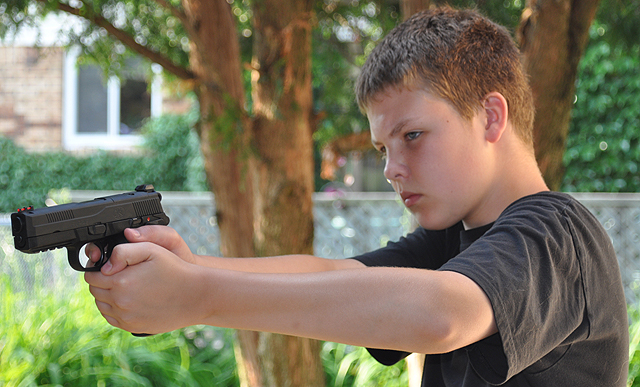 Guns allowed for some teen killers under Virginia bill

Virginia’s legislature may make it easier for people who killed or raped as teens to later possess or transport a gun. Ironically, this is being proposed at the same time that the legislature is restricting gun possession by law-abiding adults.

Legislation sponsored by senior Democratic legislators would raise the age for trying many juveniles as adults from 14 to 16. It would also change the law to allow certain 14 or 15-year-olds who commit “murder,” “rape,” or “kidnapping,” to later “possess or transport” a gun.

The bill is sponsored by freshman Delegate Joshua Cole (D-Fredericksburg), and is co-sponsored by senior Democratic delegates like Patrick Hope (D-Arlington), Marcus Simon (D-Falls Church), and Kaye Kory (D-Falls Church), as well as two members of the State Senate. One of those legislators, Delegate Hope, heads the House of Delegates’ “Public Safety” committee. So there could be a good chance that this bill will become law.