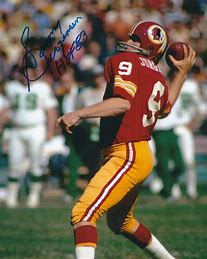 “Whose last hope and last card?” I asked, as I sat down at the counter with other regulars and ordered Al’s signature Triple-caffeine Kona-Eruption Mocha-Java. “Who’s throwing a Hail Mary pass? Who’s playing? What’s going on?”

Al regarded me with pity. “The Democrats,” he explained patiently, as if I had just been released from a home for the feeble-minded. “They’ve finally found a judge willing to release Hinckley unconditionally, with no restrictions on his movements. He’ll be free of the looney bin in June of next year, on his promise that he’ll be real good from now on.”

I must have had a blank look as I tried to remember who Hinckley is (or was), and why he was in the nuthouse. Al explained that John Hinckley tried to waste Ronald Reagan outside the Washington Hilton Hotel, in March of ‘81, and came within a whisker of doing it. Mr. Reagan took a bullet through the lung, and two Secret Service agents saved his life by getting him to the hospital in just a few minutes. The president didn’t even realize how badly he was hurt. He collapsed when he tried to walk into the hospital under his own power. It was a near thing.

Al added that Hinckley’s six-shot fusillade also wounded a Secret Service agent, a DC policeman, and Press Secretary Brady. The agent and the cop recovered, but Jim Brady took an exploding bullet to his head and was disabled for life. It was a miracle that he survived at all. At his trial, Hinckley said he wanted to ‘impress’ actress Jodie Foster, and hoped to meet her. (Miss Foster never knew or met him.) Hinckley was found “not guilty by reason of insanity,” and was sentenced to indefinite treatment at a mental hospital, until medical experts should pronounce him no further threat to society.

“OK, I remember it now,” I said. “That was close call for Mr. Reagan, and a terrible tragedy for James Brady. So how did Hinckley get out? I thought they put him away for life.”

“In 2016 a federal judge decided he was ‘cured’” said Al. “Liberals have been trying to spring him for years, and they finally found a judge who would do it. Since ’16 he has been required to stay within a 50-mile radius of Williamsburg, Virginia, where his aged mother was living.”

“But what does all this have to do with the Democrats?” I asked. “And why do you say Hinckley is their Hail Mary pass?”

Al became deadly serious. “Democrats know Joe Biden’s administration is in deep kimschi. His domestic and foreign policies are disastrous, and his approval rate is sinking like a stone. Meanwhile, Donald Trump is warming up in the bullpen – getting ready to help Republicans win back the Congress next year, and then possibly run for the presidency again in ’24. Absent a miracle, Good Old Joe is headed for the crash of the Hindenburg, and Dems are going into full emergency overdrive to save him.”

Al continued: “It’s outrageous to suggest it, but Hinckley’s unconditional release might not be a coincidence. Why now, of all times? My theory – and I’m sticking to it – is that some radical Democrats (is that a redundancy?) hope Hinckley might ‘solve’ their Trump problem by making another try to impress Jodie Foster. After all, she’s only 58, and still a babe. In a twisted way, Hinckley is all Dems have left.”

I was used to Al’s occasional, semi-hysterical rants about various political issues, but this one seemed different. Al was sounding less like a hot-headed Sonny Corleone and more like the old Don teaching young Michael how things might go down.

It brought to mind my off-hand conversation with a fellow movie-patron a few years ago. We were waiting for our wives in the corridor outside the ladies’ room, after watching D’Souza’s film, Hillary’s America. Using my best Don Corleone impression, I joked with the guy sitting nearby. “The Clinton people will set up a meeting with D’Souza,” I rasped, “and on the way to it he’ll be assassinated…”

My chance companion chuckled wryly, and added a prediction of his own. “That’s the only way they’ll be able to stop Trump,” he said, before he strolled away with his wife. (He didn’t look or sound anything like Don Corleone, but he might have been incognito.)

That not-entirely-funny exchange has niggled at me ever since. Could Al possibly be right about Hinckley? Did my anonymous movie-theater compadre see something that I was too dense to see or even imagine? The possibility is troubling.

Although I’m a lifetime-member of the Grassy Knoll Society, I’m not quite there with the conspiratorial idea that Democrats got Hinckley released into the population like a lethal bacillus – or perhaps a COVID-like virus – to do deliberate harm. It’s probably just a “coincidence.”

But it is clear that Democrats no longer regard Donald Trump as just an ignorant buffoon, whom they can safely ignore. Although they knocked him out of office – almost certainly by corrupting the 2020 election – they are still throwing the kitchen sink at him. This includes new attempts to hype tales drawn from the Steele Dossier, despite the fact that this pile of dung has been decisively debunked as pure fiction, financed by Hillary Clinton’s campaign.

Mr. Trump has overcome all of the ridicule and brickbats thrown at him – not just by Democrats but by bigwigs in his own party. Mitt Romney – who blew a sure win in 2012 against a riotously vulnerable president with a disastrous fiscal record – became Mr. Trump’s relentless opponent in the Senate. Ditto for Liz Cheney in the House of Representatives. Both have been all over Mr. Trump’s case since he first declared his candidacy in 2015.

Republicans in the Never Trump faction – encouraged by commentators like George Will and Bill Kristol – continued their undying opposition to the flamboyant mogul, even after he won the presidency and accomplished more of the conservative agenda than any Republican since Reagan. One can’t help wondering if these implacable opponents thought befuddled old Joe Biden would actually help the country.

Mr. Trump lacked political experience, but he was smart enough to surround himself with advisors who brought valuable experience and knowledge to the table. He also realized the importance of showing millions of ordinary people who voted for him that he was trustworthy. He did everything possible to honor promises he made as a candidate.

His choice of Mike Pence – a popular and successful conservative Indiana governor – as his vice-presidential running mate was a clear overture to the conservative and Christian wings of the GOP. I have heard Christian leaders admit that Mr. Trump did more for the Christian community than any president in the past century.

Mr. Trump also reached out to Reagan Democrats who felt abandoned by their party. “I am your voice,” was the de facto motto of his presidency. He believed what some commentators (including Yours Truly) have believed for a long time – that a majority of the American people simply would not accept Hillary Clinton. He knew he couldn’t reach the far-left Gravy Train Gang, who would vote for a yellow dog on the Democratic ticket. But he believed he could attract the “center” of the electorate with boldness and honesty.

During the 2016 campaign Mrs. Clinton’s poll numbers never moved above 42 or 43 percent, while Mr. Trump’s numbers were nearly the same? Where was that other 15 or 16 percent? I believe those voters didn’t want Hillary, but they weren’t quite sure about Mr. Trump. Finally, enough of them came over to his camp to elect him because they believed he would actually get something done. And they were right.

Why was Mr. Trump such a threat to the Washington establishment that members of both parties could never accept his election to the presidency? I believe it was because he was undoing the web of power and wealth which they had carefully crafted over the past century. He had to go, one way or another. They finally got him out of office, but he’s still out there, threatening to return.

Does Hinckley’s release signal the Democrats’ hope for a Hail Mary pass that will rid them of their arch-enemy? I don’t know, and neither does Al. Certainly the timing is curious.

All we can say for sure is that TV-reruns of Hinckley’s shoot-‘em-up, plus puff-pieces on his doomed obsession with Jodie Foster, will divert the public for a few days and get their attention off the Democrats’ radical blitz to flood the country with illegals, defund the cops, keep us masked until doomsday, spend us into mega-inflation, tax us to death, and wreck the economy. (Is this a great country, or what?)

Despite everything thrown at him by both Democrats and Republicans, Mr. Trump is still rolling, and his opponents are in full panic mode. Is Hinckley’s release their Hail Mary pass? Many Democrats hate football, and they’re not at all religious. But you never know.

How about another cuppa Joe, Al?

Hmmmm, interesting. Question for today: is “censorship” good or bad? Or is it: good for me but not for thee?

Inquiring minds and all that

Of course you have met crazy leftists. They were burning cities, destroying businesses and, yes, actually killing people. If you haven’t met one, then you have been avoiding them because they are dangerous. See Hinkley.

There are a lot of Hinkley leftists, democrats, socialists and communist just inching to get away with something nasty. Most are ANTIFA a loyalists and this judicial act gives them encouragement.