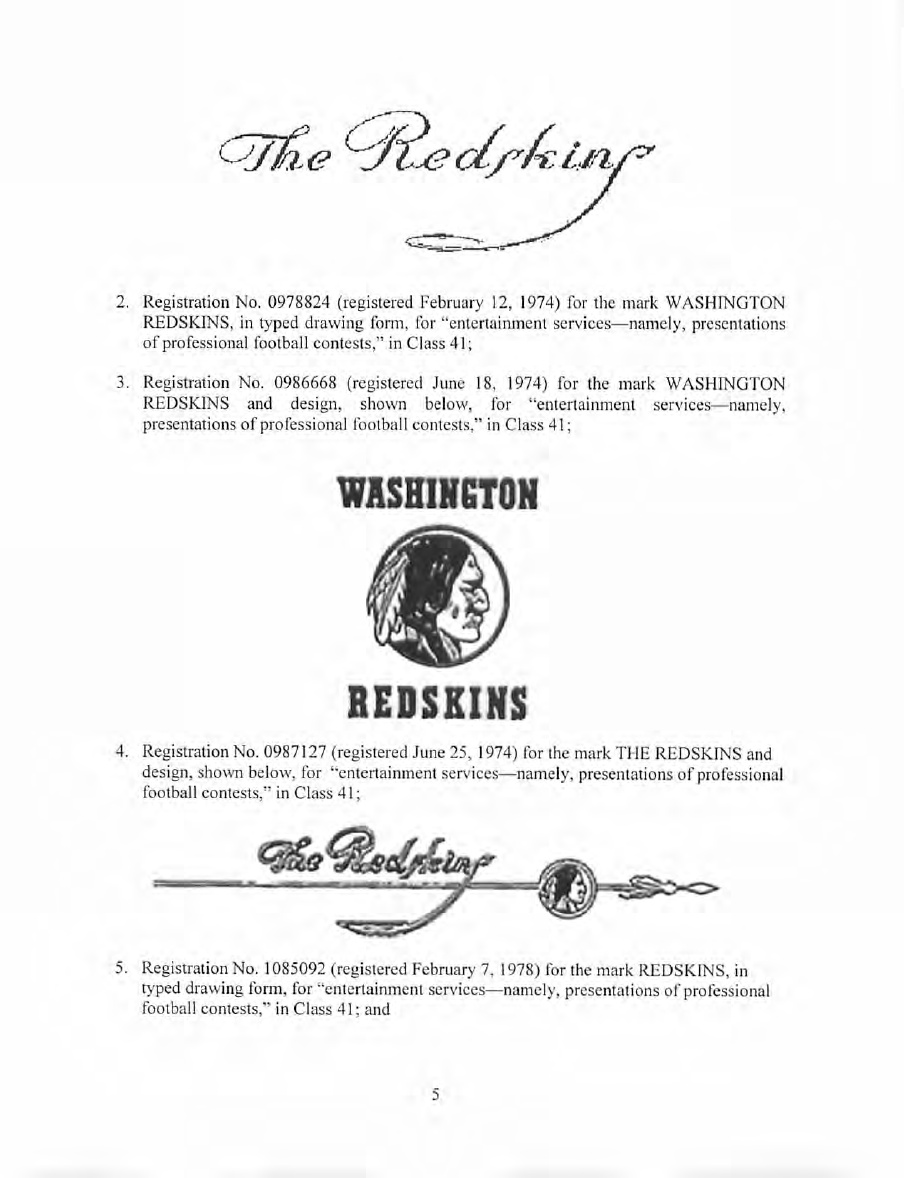 Federal Judge Gerald Bruce Lee of the U.S. District Court for the Eastern District of Virginia has now ruled that the Redskins name and associated emblems are offensive and unable to be registered as trademarks under the Lanham Act of 1946.

One more step was made in the process today to eliminating the Redskins as a team from the NFL, or was it?  Ruling on cross motions for summary judgment, Judge Lee determined that due to the offensive nature of the Redskins Trademarks, they could no longer be federally registered trademarks under the Lanham Act with the U.S. Patent and Trademark Office.

A challenge was brought by Native Americans that culminated in a Court decision in 2009 before the U.S. Court of Appeals for the D.C. Circuit that the Plaintiffs were barred by the doctrine of “laches.”  Laches is one of my top five favorite legal concepts.  It only exists in cases where money damages are not sought, and acts as a kind of statute of limitations without the firmness of a statute or clarity of a limitation.  In short, laches bars a party from bringing a claim because they waited so long that the opposing party is prejudiced by the loss or destruction of evidence, or reliance on the offending behavior.   Laches is heavily dependent on the discretion of the Judge.  In this new case, Judge Lee determined that laches does not apply, so there you have it.

Appeals and the practical result of the ruling

The case is most assuredly going to be appealed to the U.S. Court of Appeals for the Fourth Circuit where the trademarks and relevant law will be further evaluated.  This process could take years and so this is just one round in the process, an important round.

Moreover, even if Judge Lee’s ruling is not overturned the practical effect is that the Redskins/NFL  still have a series of trademarks.  They simply can not be automatically enforced in federal court under the Lanham act.  The name Redskins can still be used as well as the symbols.  It will just be a little harder to enforce the trademarks which means it will be easier to obtain unlicensed merchandise.

The big difference for you at home is that instead of an ® symbol by each trademark you will instead see a TM.

HAIL YEA WE LOVE THE REDSKINS!

Hail to the REDSKINS!