Nearly Half of U.S. Births Funded by Taxpayers 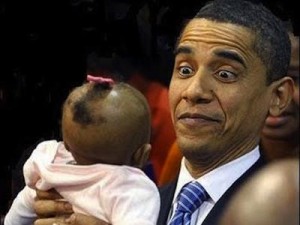 Just under 50% of babies in the U.S. are born to mothers who qualify for Medicaid.

And with the ongoing expansion of Medicaid, that number will accelerate rapidly, according to a new study from George Washington University.

If demography is destiny, then our destiny as a country is looking increasingly grim:

A new analysis of federal health data shows that Medicaid paid for nearly half of all births in the United States in 2010, a rate that continues to increase.

“As states expand coverage, low-income women of childbearing age will be able to obtain more continuous coverage before and between pregnancies,” lead investigator Anne Markus, an associate professor of health policy at the university, said in a statement. Markus and her colleagues said the study would help other researchers assess changes to America’s health care system brought by the Affordable Care Act of 2010, also known as Obamacare.

Obamacare’s expansion of Medicaid (just three votes away from happening in Virginia) means that more and more children are born into the culture of dependency created by the welfare state. And that means generations more children of entitlement who, as adults, tend to support ever greater expansion of government social welfare programs.

Of course, to Democrats this is a feature, not a bug.